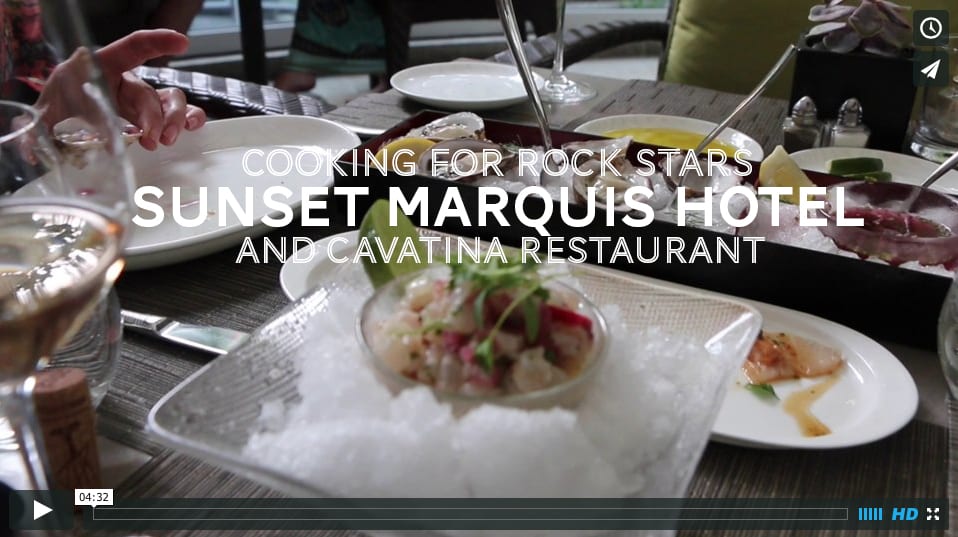 The restaurant at what is one of the worlds most famous rock n’ roll hotels – the Sunset Marquis in West Hollywood – has been revamped, with the help of east coast chef Michael Schlow.
By Kalle Bergman

The Sunset Marquis hotel in West Hollywood, Los Angeles, is probably the most legenday rock n roll hotel in the country, if not the world. Here, rock stars have lived, partied, hung out and been thrown out for more than 50 years.

Following major renovations, the restaurant previously known just as The Restaurant at Sunset Marquis, it is now called Cavatina – a Mediterranean slash Californian restaurant from East Coast Chef Michael Schlow. Honest Cooking editor in chief went there to check it out and have a chat with Chef Schlow.