This Pork Schnitzel Sandwich with Apple Brussels Sprout Slaw is the way you should be eating pork and apples. Homemade dijonnaise is the perfect condiment to top it off. 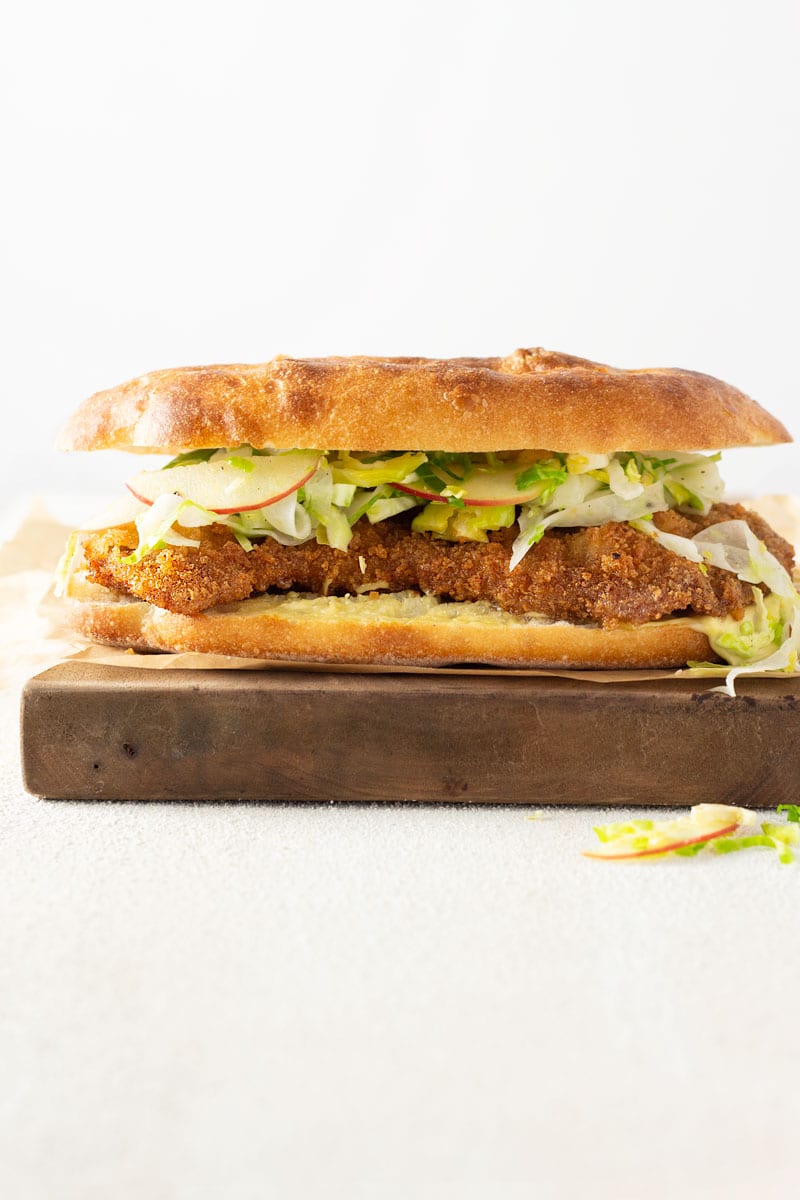 Now, I debated the title for this recipe for a while. Considering my Italian roots, I typically call this preparation of pork a milanese rather than a German schnitzle. After some thought, I realized schnitzel sandwich has a nicer ring to it than milanese sandwich, and according to google trends it’s also a better choice SEO wise. So that’s that.

I chose pork shoulder for this recipe, because it’s flavorful and doesn’t easily dry out and overcook. It’s also what I was taught to use. When I made this dish, I bought a large boneless pork shoulder roast, sliced some into steaks which I later pounded for the schnitzel, and cut the rest into cubes for some sort of future braise or stew. 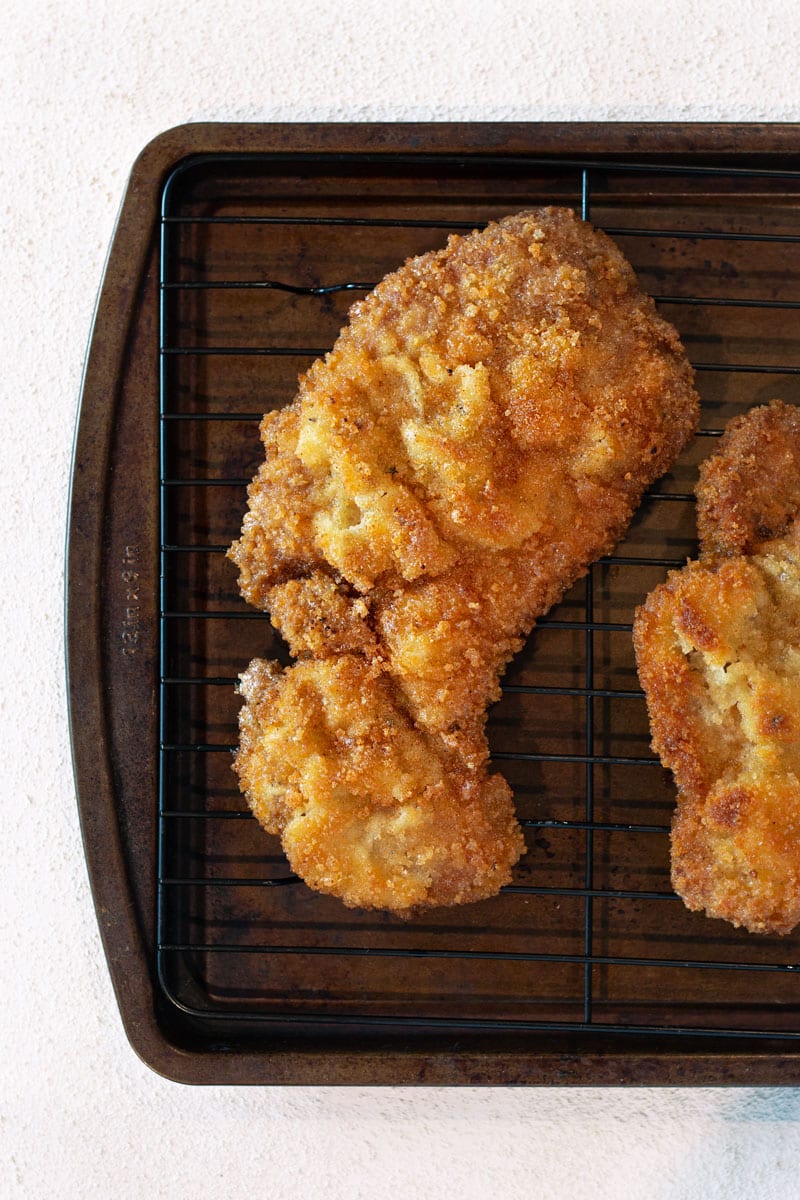 Tips for a great schnitzel:

1. Fat equals flavor. The fat content content of pork shoulder compared to that of a pork chop or tenderloin, lends extra flavor. It’s important to cook these cutlets more slowly than you would a chicken cutlet, so the fat melts.

2. Don’t rush. Another reason to cook this pork a little more slowly is so the meat has time to become more tender. Pork shoulder can cook for a long time, so you don’t have to worry about overcooking it like you would for other cuts of pork. At the same time, you don’t want to cook this on such a low temperature that the oil absorbs into the meat and you end up with a soggy mess. Just the right temperature will keep things moist, tender and crispy.

3. Keep it moving. When I make any breaded, shallow-fried meat, I swirl the pan repeatedly to make sure the meat cooks and browns evenly. You gotta love a perfectly browned piece of meat. 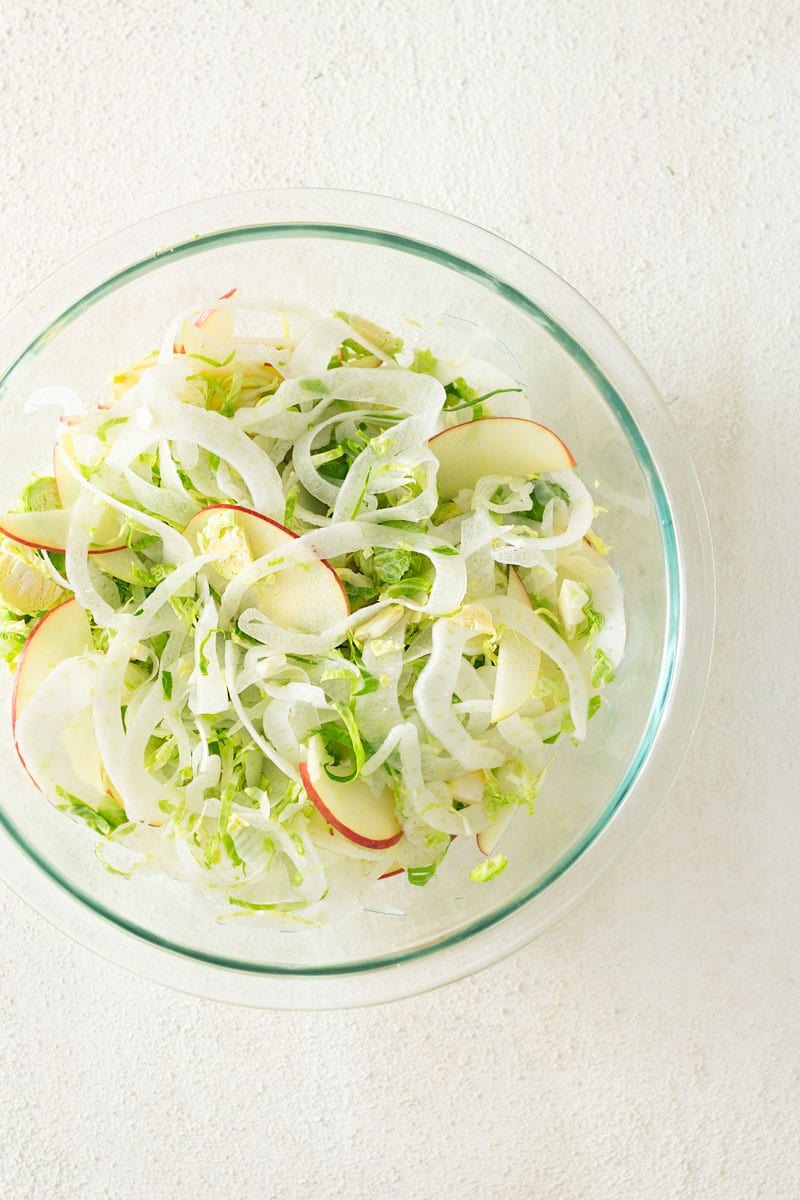 Everyone knows pork and apples are a great combination. Before I decided to make this pork schnitzel sandwich, I was tempted to make a pork chop with sauteed apples. I’m sure that will eventually happen on the blog too, but what I’m getting at is there’s a reason I used apples in my slaw. To keep things fall-themed, I also used brussels sprouts and fennel. Brussels are in the cabbage family, so it makes perfect sense to use them in a slaw as you would cabbage. The sprouts also hold up well to the dressing, but don’t need the extra time to soften like cabbage would. Fennel has a nice subtly licorice flavor, which also is known to be a match for pork. To dress up this medley, I kept it simple with olive oil and lemon juice. The tartness from the lemon is a perfect contrast to the rich, breaded pork.

The dijonnaise adds another acidic component, while being rich and creamy at the same time. Instead of making a slaw with a mayo-based dressing, I decided to keep the mayonnaise separate. Homemade mayo is far superior to the jarred stuff and really simple to make. As long as you stream the oil in slowly and constantly whisk, you’ll be good to go. I added lemon juice and apple cider vinegar and could’ve stopped there, but mustard is great with pork and brussels so I also threw in some dijon. Dijonnaise it is. 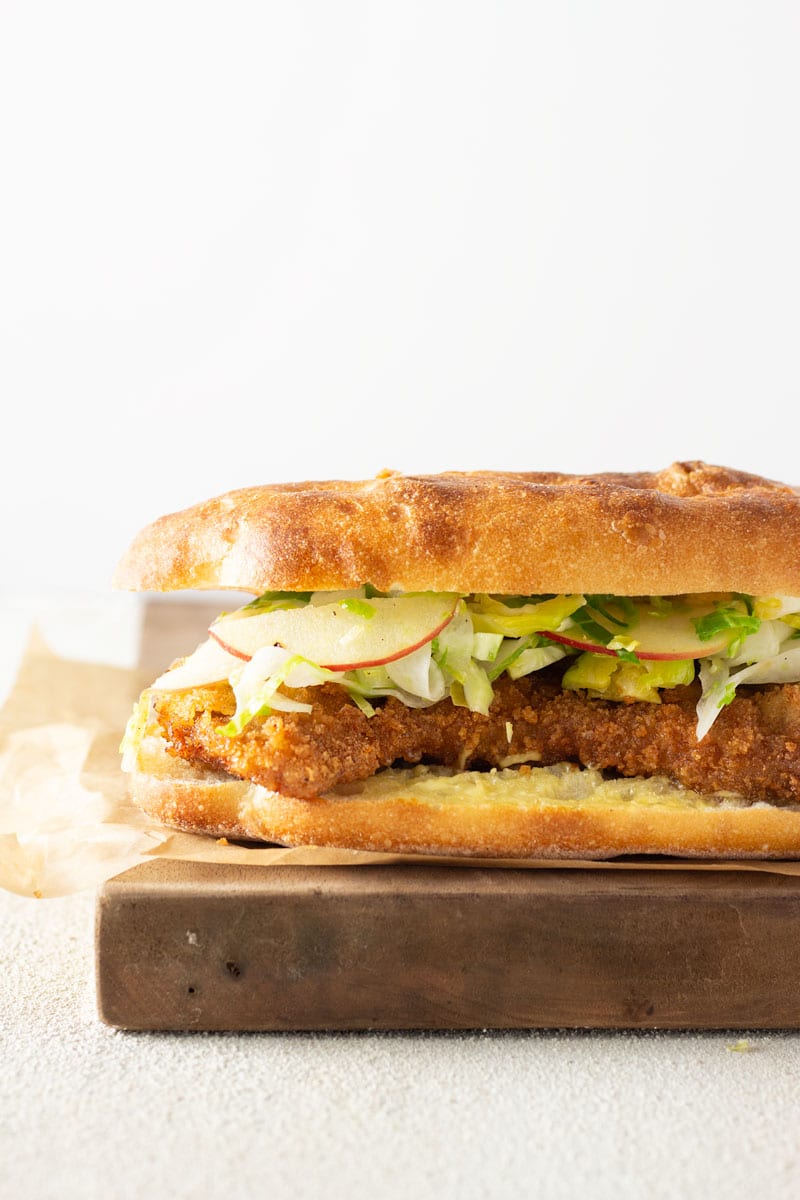