A simple and mouthwatering typical italian poor-mans dish from the southern part of Italy.
By Arianna Frea

A typical dish of the poor originating in the south of Italy,the pasta with bread without crust (or bread crumbs) is a recipe  that is very diffused in the culinary tradition of the “Bel Paese”. With little variations, from Calabria to Sicily, the preparation of the dish is passed down from generation to generation within families. 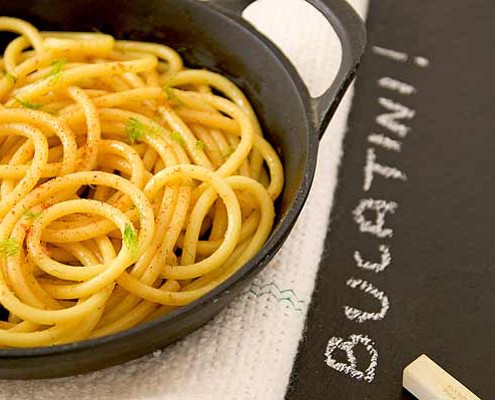 Many years ago, bread crumbs were used instead of the grated parmesan: for this reason it was called “the parmesan of the poor”. This type of recipe is generally done using long pasta; mouth-watering and rich, it is prepared by melting anchiovy fillets, garlic and chili in olive oil. Bread crumbs are then added and fried brown and crispy. Everything is then added to the pasta and served hot.