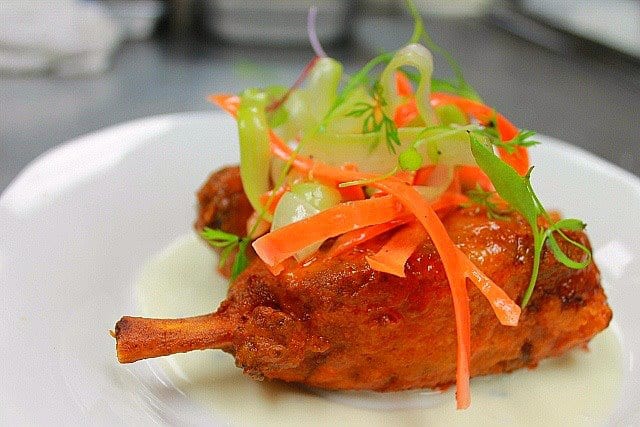 Essentially a pork shank, the pig wing is cut from the fibula of the pig. Serve deep fried, accompanied by a cold beer.
By Mandy Baca 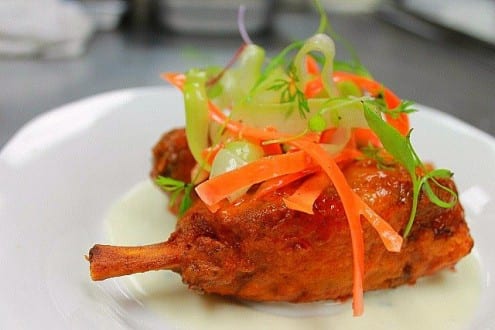 What do you do in a world littered with bad ‘if pigs could fly’ jokes? Make pig wings, of course.

You could also make them yourself, at home. Essentially a pork shank, the pig wing is cut from the fibula of the pig. In regards to size, pig wings are more comparable to turkey legs than to the tiny chicken wings. Just as tasty, the meat on the particle part of the pig’s body is lean, flavorful and versatile. You can prepare a pig wing in the same way that you would a chicken wing- deep fried, coated in sauce and served in bleu or if you’re feeling adventurous, get experimental in the kitchen with smoky rubs or a new grilling technique. Highly underused and extremely flavorful, the pig wing breathes new air for nose to tail cooking.

The pig wing’s favorite sidekick? A cold pint of beer.