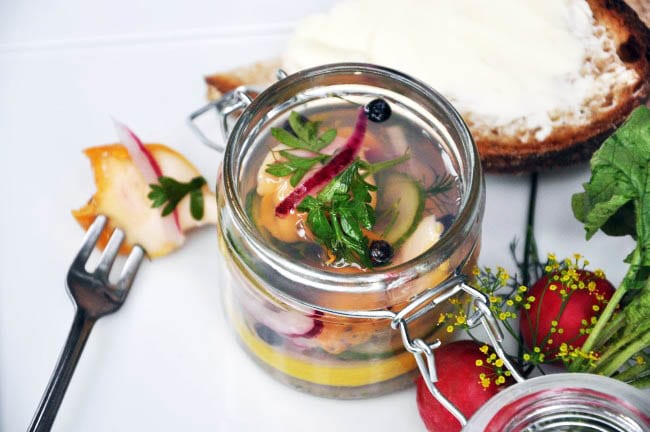 The first American to graduate from the Ecole Supérieure de…

That’s right: sea snails. The gastropods are making a culinary comeback and this pickling recipe is a great introduction to the unusual ingredient.
By Alisha Lumea & Polly Legendre 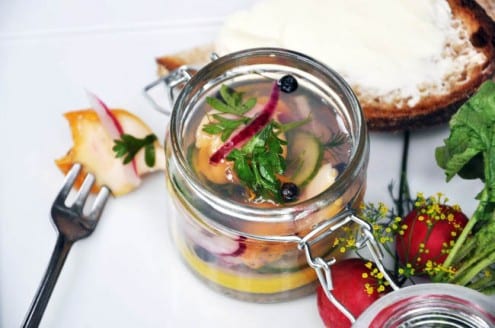 Whelks are indigenous to the cold waters off the coast of Scotland. Their numbers are healthy, making them a great choice from a sustainability standpoint.

Once popular in coastal New England as well, whelks have slipped out of fashion. We think they’re ripe for a comeback, and we’ve seen them making guest appearances on menus in New York City as well as in the press. We like to think of them as a Cold Water Conch.

These pickled whelks make for a fresh twist on a traditional British preparation — and a unique yet very accessible appetizer. Serve them with thick slabs of country bread, sweet butter and an assortment of crunchy crudités. They’re also a wonderful addition to a tossed arugula salad (known in the UK as rocket).