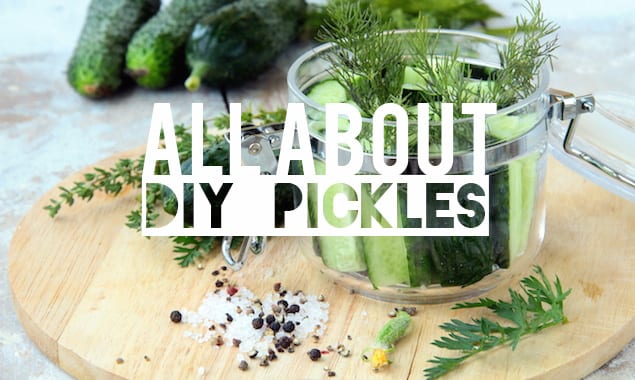 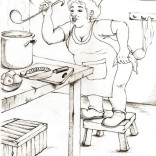 The Origins of Engwall Swedish Coffee-Making with Gevalia

Cucumbers are in season and they are plentiful. Try making pickles with fresh herbs, chilies, and your favorite spices three different ways.
By Jovina Coughlin

Cucumbers are in season and they are plentiful at the Farmers’ Market. Want to make something other than cucumber salad? Try pickles. Making pickles isn’t complicated. You can preserve homemade pickles using three basic methods: lactic fermentation (cured with a salt brine), canning (soaked in pickling lime) or refrigeration (immersed in a vinegar solution).

Brined Pickles
Many enthusiasts swear fermentation yields a better pickle than the pickles made with vinegar. They are also called “crock pickles” or “brine pickles”. Kosher dill pickles are usually made using this fermentation. Get the recipe here. 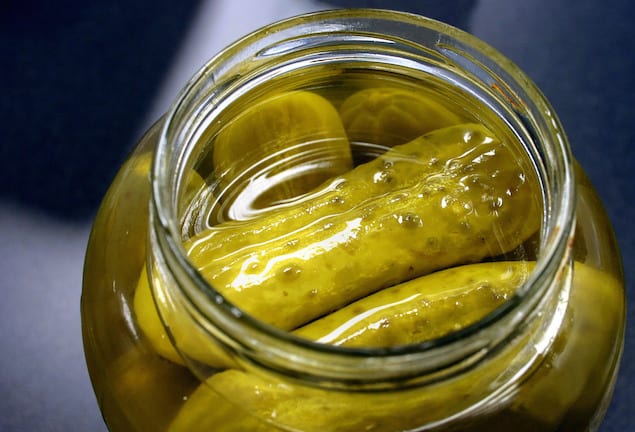 Refrigerator Pickles
Sometimes called “quick pickles,” refrigerator pickles are technically vinegar pickles minus the canning. You can adjust a refrigerator pickle recipe — to use less salt or sugar or none at all — without food-safety fears. Refrigerator pickles stay crisp because the cucumbers are not subjected to heat. Making pickles using this method is fast and they are typically ready to eat within a day but should be consumed within a few months. Get the recipe here. 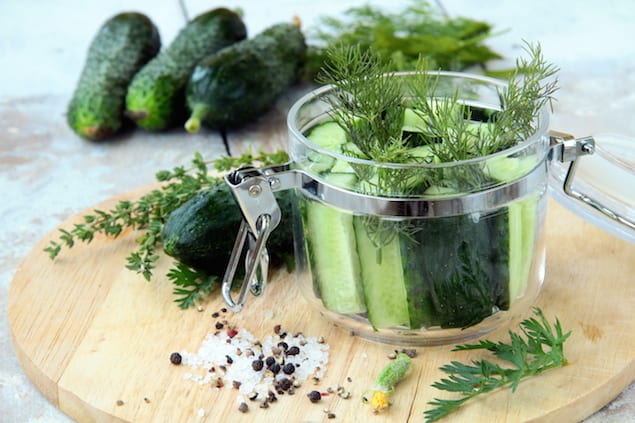 Canned Vinegar Pickles
Most modern pickling recipes rely on an acetic acid (vinegar) solution and heat treatment to preserve the vegetables. Vinegar pickles can be sweet, spicy or extremely sour. Popular examples include bread-and-butter pickles, sour gherkins and dill beans. You must use vinegar with at least 5 percent acidity to produce pickles that are safe for long-term storage. If you are new to canning methods, the Ball Canning Company has excellent directions.

Distilled white vinegar is the best choice because it’s inexpensive and won’t darken the cucumbers and its flavor is mild in comparison to cider, malt or wine vinegars. Avoid using rice vinegar and homemade vinegars, because their acidity is usually too weak. Always use canning recipes that have been tested for safety. Get the recipes here. 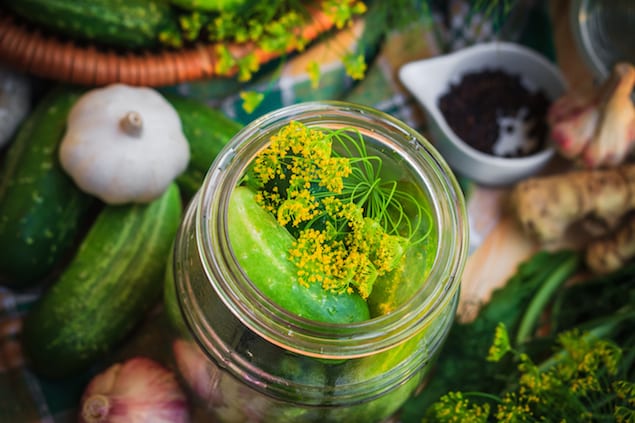 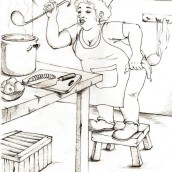 I was born in New Jersey to first generation Italian parents. Both sets of my grandparents were born in Italy and emigrated to the United States in the early 1900s. They brought with them a love of the Italian culture and cooking. I have 2 brothers and 1 sister. I learned many of my cooking skills from my parents and grandparents, but I also studied Italian cooking and made many of the recipes for my children as they were growing up. I am married with three children and six grandchildren.Besides New Jersey, I have lived in Pennsylvania, Michigan and now on the Gulf Coast of Alabama. I have a Bachelor of Arts Degree and a Masters of Science Degree and I have taught high school English and special education. I have also been an administrator in the public schools at the district and county levels. Now that I am retired from the teaching profession, I have the time to write a blog and share my information about Italian American cooking and culture. Because I am a teacher by trade, I feel that I have the skills to share with readers the techniques for preparing authentic and healthy meals.