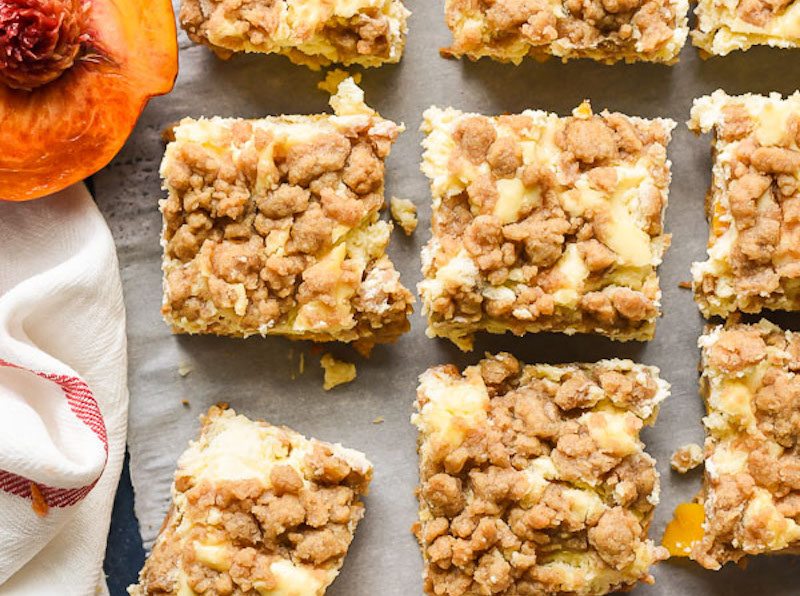 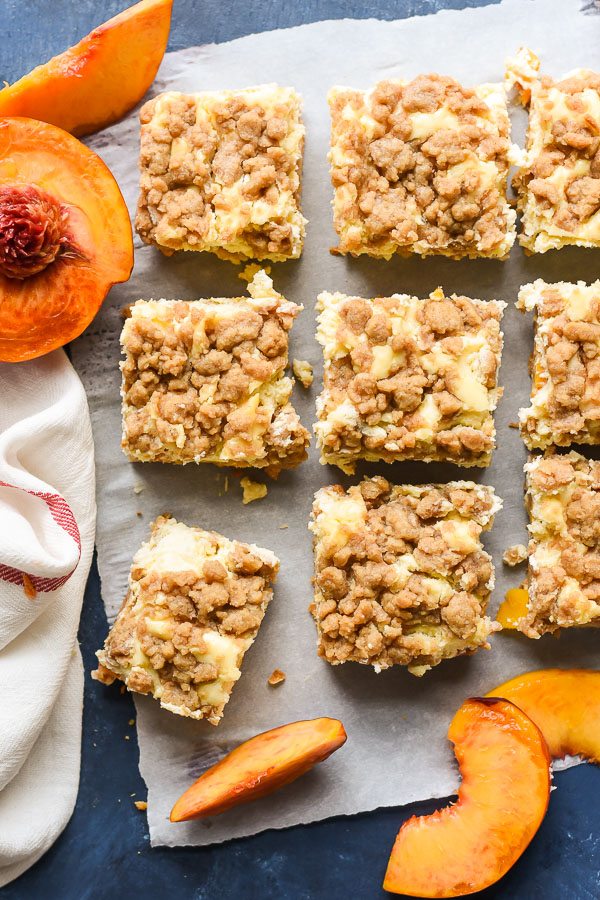 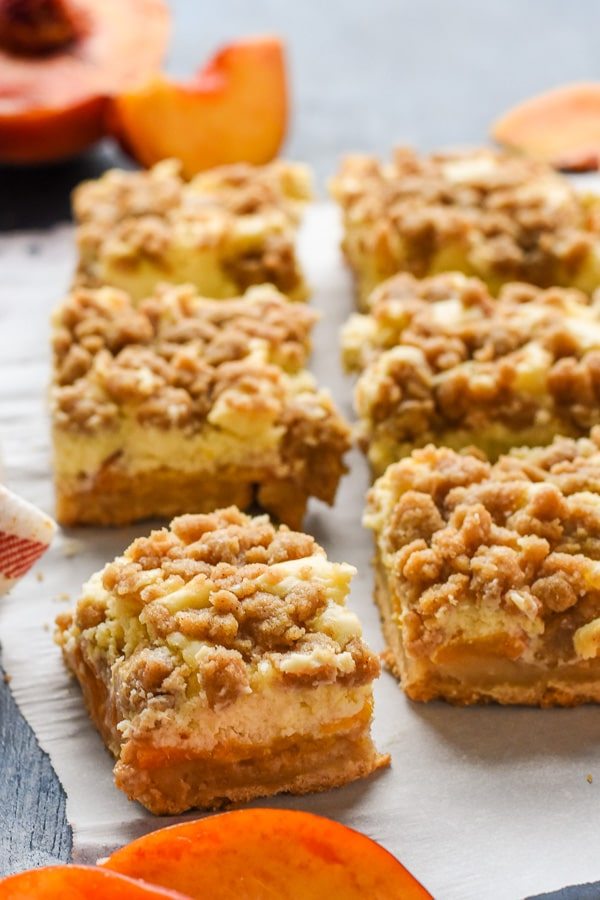 Then there are those rare occasions when all the wishful hopes you had for something actually come to fruition. It doesn’t happen often, but when it does, it feels like magic. And magic is exactly what happened with these Peach Cobbler Cheesecake Bars.

When I set out to make these, I had a very specific vision in my mind. I wanted something that would have the comforting warmth of a crumbly peach cobbler combined with the cool creaminess of a bowl of fresh peaches and milk. I wanted warm muggy evenings, trees heavy with fruit, umbrellas fluttering in the breeze. I wanted the feel and taste and texture of summer in a bar.

My expectations weren’t high or anything.

In concept, these are just a hybrid of a cheesecake and a peach cobbler, but I hesitate to use the word “just” in this case. Because really, is anything ever “just” cheesecake and cobbler? That’s like saying I “just” won the lottery last week. No biggie, right?

The recipe is broken up into three parts. First, a shortbread crust is baked until puffy and golden brown. The crust is layered with a smear of peach jam, fresh sliced peaches, and a rich cheesecake drizzle. Finally, a gently spiced crumble tops it all off. The end result? A sweet, creamy, crumbly mess of summer goodness. 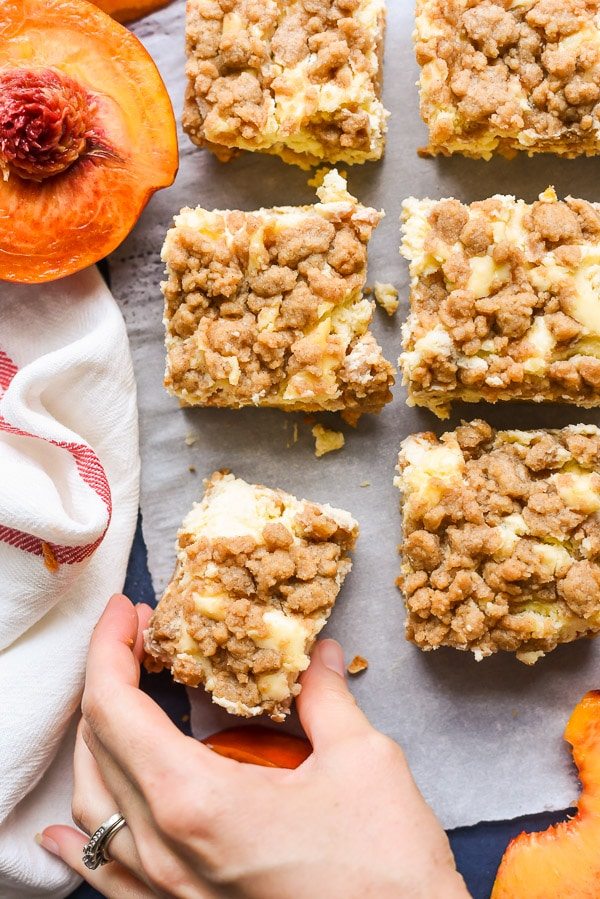 You can serve these straight from the fridge or straight from the oven (give them about a half hour to cool a bit!). I preferred them just a little warmer than room temp. That seemed to be the sweet spot where the cheesecake just started to meld into the peaches and the ginger and cinnamon really shined. 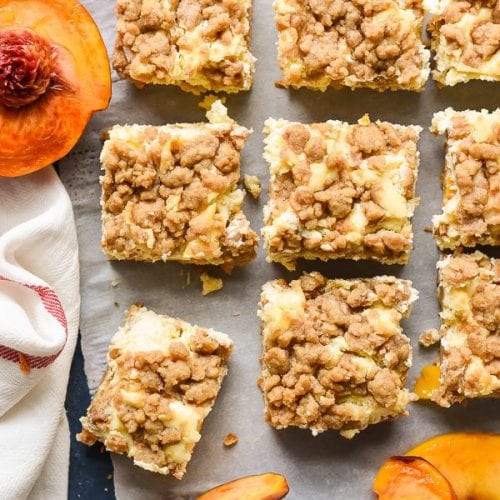 For the shortbread crust: