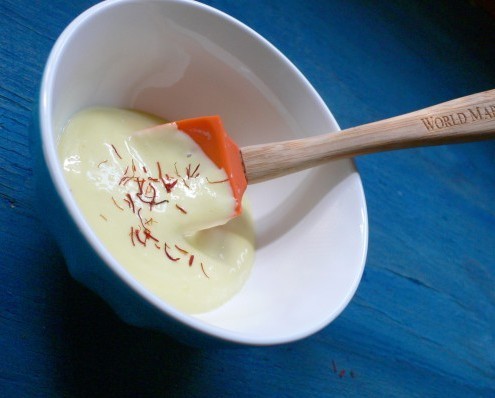 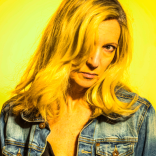 Laura Bednarski is a regular contributor to Honest Cooking. Laura…

Many years ago I was just starting out in food styling, assisting top stylists and learning the craft. I also was working for a French chef helping him translate his recipes into English and getting them readable for the average cook. He was thinking about doing a cookbook.

I had never done this before and it was a lot of fun. I loved to listen to Chef Didier speak. I never tired of his accent. He was Chef at a restaurant in the Gold Coast in Chicago called Le Perroquet, which means the parrot in English.

I would meet him there occasionally and he would hand me recipes to go home and edit. On occasion, Chef would give me little packets of food to take home. He knew I was mainly vegetarian and I will never forget this one meal he packaged for me. It was a roll made of a paper thin pasta stuffed with thin spaghetti and vegetables all rolled up like a piece of sushi. It was a piece of art. I felt special and loved. Always good to have Chefs for friends.

Our project was put on hold while Chef got busy opening his own restaurant called Cyranos. It is still in Chicago today and a great place to visit if you love French bistro style food.
Best pomme frites ever!

I have always had a secret desire to work in a restaurant kitchen. I asked Chef Didier if I could work on the line sometime. He said to come in on a not so busy night and I could help out. Not that I wanted to get into the restaurant biz but I am always up for a learning experience.

So I showed up with the crew in my whites and got to work on a not so busy night. The restaurant had a main kitchen with a window to the dining room and a lower level kitchen that was used for prep. It had a low ceiling and was very small. Typical of most French kitchens. They are very efficient that way. I love that. While in the prep kitchen Chef Didier asked me to make a rouille. I said what is a rouille? He said it was a French mayonnaise. I said ok what do I do?

He handed me some lemons, olive oil, eggs and a robot coupe and provided brief instruction. I froze. I said what should it taste like? He told me …… and left. Ok so that is how it works you sink or swim. I tend to be a recipe follower but a real cook is not looking at recipes it is improv baby and you better get it right. I was with the big boys now. If you are a real cook you get it right. Maybe not the first time but you keep going until you do get it.
So I added this to that and asked him to taste. Finger goes in I wait for his response. He would say almost, add this or that and after a while voila it was a rouille.
That my friend was cooking.

Now the service hour was upon us and I headed to the main kitchen. I was on the line and got to see how orders came in and were handled. Everyone stuck to his or her station. There was a lot of sweat and yelling. Not bad yelling just I need this or that rat a tat tat. The chef who was handling the line, I guess he was the sous chef, was sweating so hard I prayed he wouldn’t be adding it to the sauce he was making.
He was very calm though and young. Most of the people were young or Mexican. All very hard working and very nice to me. I was the only girl in the kitchen.

So while on the line I felt like a third wheel but did my best to help. I would take a bar mop or napkin and wipe plates as they were going out. The salad guy would yell he needed something and I would gopher for him.

At one point the sous chef told me we were low on risotto to make some. Again I was in the firing line. But I learned as in the rouille you just do it. He showed me the broth simmering on the stove and the Arborio and whatever else was going in it and I made the risotto.
Writing this piece does bring back those memories and I realize how every experience in the kitchen teaches us something. This night in a French bistro taught me so much about myself and about food.

If you ever have the chance to do this I encourage you to. The best way to learn is to be thrown into the fire and as Nike says “Just Do It”!

Crème Brûlée Secrets: It’s All About The Rolling “R’s”

Thank you Chef Didier for making a food/cooking memory that will last my lifetime.
Bon Appetite mon ami

Note: Rouille is a French mayonnaise usually associated with fish dishes. It is very difficult to make the first time. It is an emulsion which is a mixture of two or more immiscible liquids. The basic rouille involves egg yolk, lemon juice for the acid, and olive oil. Seasonings are also added. In my photo I have a sprinkling of saffron.
The hard part when making a rouille is the adding of the oil. I used one recipe that called for a slow steady stream. I did what I considered a slow steady stream and the emulsion broke. I got out my Julia Child Way To Cook book and she describes it as adding the oil by droplets. That is exactly what you need to do. You need to have all the oil emulsified before adding anymore or it will break.

Use a robot coupe or food processor fitted with metal blade. Add egg yolk and lemon juice process with motor running. By drop let add the oil. This is a slow process that cannot be hurried. Add the oil by droplet through the feeding tube with the motor running. The rouille will start to form and get thick and light yellow in color. You will know immediately if the emulsion breaks. It will get thin and the color will darken. 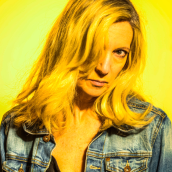 Laura Bednarski is a regular contributor to Honest Cooking. Laura has always had a love and passion for both food and photography. She pursued a degree from Purdue University in Food Science and then went on to work as a commercial food stylist in Chicago for many years. While raising her two children and cooking at home for a family she picked up her camera and found some great light and created a food blog "a suburban kitchen". In her suburban kitchen she creates seasonal food for her family and takes photographs. Her love of photography has been rekindled and her Nikon gets a workout on a daily basis as she searches for the perfect light to photograph all that she cooks/bakes.

Crème Brûlée Secrets: It’s All About The Rolling “R’s”