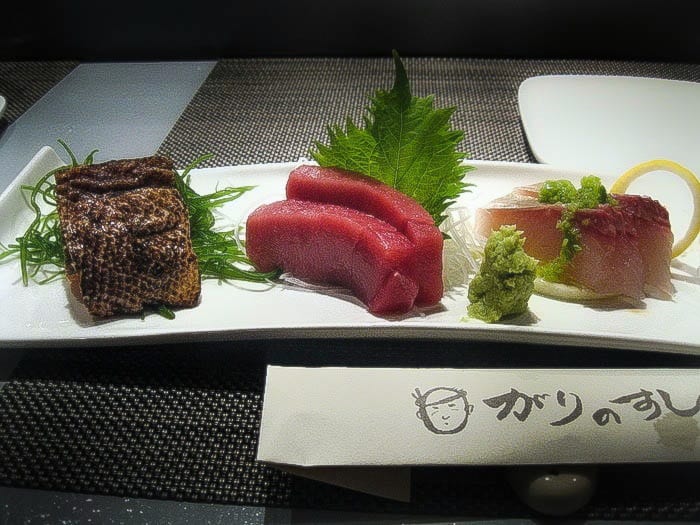 Omakase translates roughly as ‘I will leave it to you’ and involves sitting at the sushi counter while a chef prepares individual pieces of nigiri based on what is the best fish they have that day until you ask them to stop.
By Jess Lacey 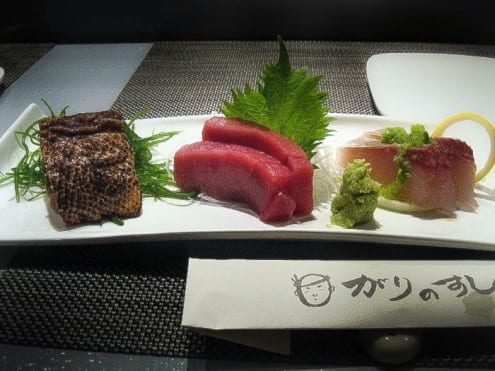 My brother is a huge sushi fan, and on our recent family expedition to New York, he offered to bring us all out to Sushi of Gari 46 to try the omakase. I had only a limited understanding of what this would entail and thought, ‘well I like maki so this will be grand’. Omakase translates roughly as ‘I will leave it to you’ and involves sitting at the sushi counter while a chef prepares individual pieces of nigiri based on what is the best fish they have that day until you ask them to stop. It turned out the chances of getting a California roll this way were limited. When the first plate of sashimi arrived I took a very deep breath, and faced the adrenalin. I could feel the colour draining from my face. I was expecting delicate, wafer thin pieces of fish but instead I was faced with a plate laden with thick slabs of tuna, salmon and a raw oyster.

The first pleasant surprise was that raw salmon tastes an awful lot better than cooked salmon, which continues to be the fish I can’t stand. The tuna also had a delicate flavour, although the consistency of raw fish takes some getting used to. It turns out I still don’t like raw oysters, though apparently US oysters do not compare to Irish ones for flavour, so I will have to give it another go. After the sashimi, our sushi chef presented us with piece after piece of nigiri, each accompanied with pickled ginger (but no soy sauce or wasabi).

I would love to say I remember exactly what I ate, but our chef spoke very quietly, so we caught about half of his explanation, and this was all washed down with a decent amount of sake. I can remember highlights were the raw salmon with a tomato and onion sauce, the red snapper with pinenuts and horse mackerel with a scallion sauce. The sea urchin had a vibrant saffron colour and tasted like an aquatic foie gras, with the same consistency and fatty richness . We finished after eight or nine pieces, trying snow crab, botan (a large Japanese shrimp), red snapper and different types of tuna. The couple beside us had opted to skip the sashimi and go straight to sushi, and we gazed enviously at the pieces they received after we had decided we were finished. If I were to go back, I think I would leave the sashimi and go straight for the sushi where the real artistry is.

Sushi purists have criticised Sushi of Gari for the flavours and sauces which accompany some of their nigiri, but for me I found they complimented the fish perfectly, and took away from the slightly monotonous feeling that can come with too much nigiri. Having overcome my fear of raw fish, this was one of the loveliest gastronomic experiences I have had in a long time. The element of surprise, combined with the feeling of encountering a unique culinary creation and the reassuring feeling of knowing you are in the hands of an expert made for a memorable evening, and one I would definitely jump at the chance to repeat.