Most Italians have their own personal take on the classic pasta dish. But few are as creative as Arianna Frea’s version.
By Arianna Frea

There are different versions on the origin of carbonara. It probably first originated as an evolution of a simple plate called “cacio e ova” (litteraly “cheese and eggs”), present in the regions of Lazio an Abruzzo already in the 8th century. 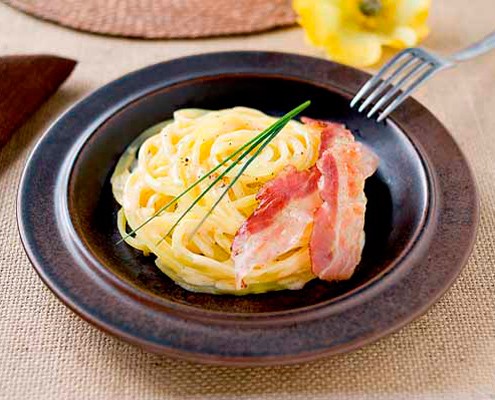 However, it was after the war that bacon (later substituted with smoked “pancetta”) and powdered eggs brought to Rome by the American troops, met with the tradition of the roman pasta and gave origin to the current carbonara’s recipe.
Starting from the traditional italian recipe, I decided to modify it in substance but not shape. Infact, I substituted the pasta with an ingredient which I cut with a spiral slicer to give it the shape of “spaghetti”; potatoes. I have maintained all the other orininal ingredients with just few small additions.

Print
A traditional italian recipe, modified to use potatoes. Gorgeous and greedy, able to satisfy even the most demanding people.
Author: Arianna Frea
Recipe Type: Side Dish
Serves: 4
Ingredients
Instructions
1.2.4 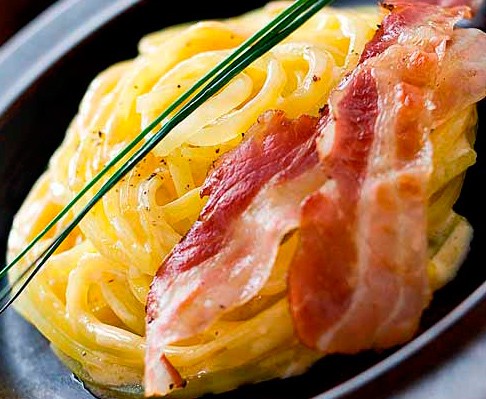