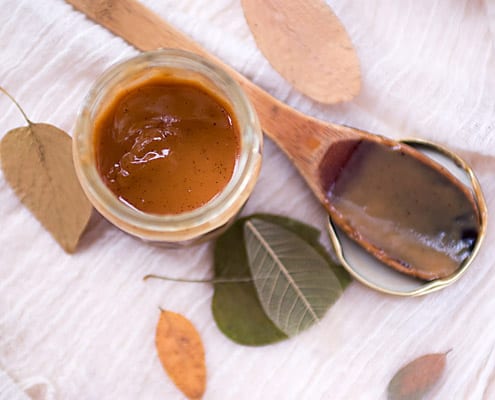 To The First Annual Wailea Wine and Food Festival: “What Took You So Long?” 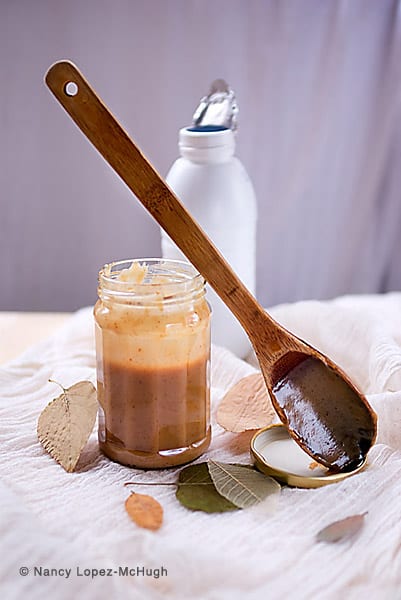 Cajeta, also known as dulce de leche, is a hispanic sweet thick milk caramel sauce or syrup. In Mexico this sweet confection is know as cajeta and in other Spanish speaking countries it is called dulce de leche. I grew up calling it cajeta so that’s the name I prefer, but I do realize that in some other Spanish speaking Latin American countries the word cajeta is considered an impolite word.

The word cajeta can also mean little wood boxes, and traditionally the cajeta was packaged and stored in wood boxes. So as you can see it has many different meanings and uses depending on the region or dialect of Spanish. There are several areas in Mexico that claim they invented or that cajeta originated there. But since the indigenous people did not really consume dairy products, most likely the sweet originated in Spain and brought to Mexico or introduced by the conquistadores.

My family uses cajeta as a topping on almost anything we want, there are even popsicles and lollipops made with it. My personal favorite is to eat it right off the spoon like peanut butter or Nutella. One of the most popular ways of eating cajeta, in Mexico, is by spreading it on a piece of bolillo, a Mexican bread, just like you would spread jelly on a piece of toast. Another of my favorite ways of eating it is on “hot cakes” or pancakes, it’s like an American-Mexican fusion treat.

There are many different uses for cajeta and it’s pretty much something to use as you like. Here is the recipe, I make the small portion for the two of us but if you have a larger family you could try the larger version. Either way these are standard recipes that are used by many people.

Mexico On My Plate: Cajeta or Dulce de Leche