Mediterranean flavours for sumptuous layers of goodness in a granola yogurt parfait.
By Jehanne Ali 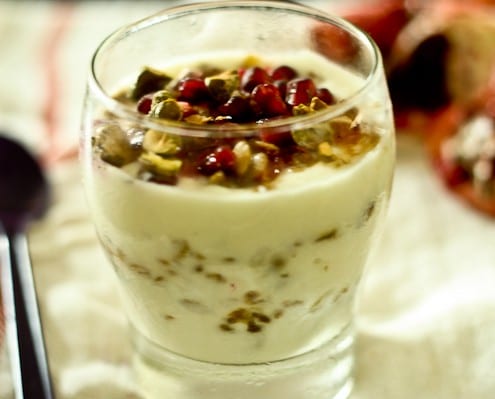 I have forgotten the number of times I made granola, the frequency is definitely getting more now, just as the homemade yogurt has taken its permanent place on my kitchen stove every week. One of the best thing I bought from Lakeland, a quirky kitchenware shop in the UK was the yogurt maker, and what a blessing it was! I was gobsmacked when I discovered the price of yogurts in Singapore, and even more disappointed to know that the Greek style or Muller’s corners are not readily available here. So I found my new love. Yogurt making, and layering the opulent creamy scoops with crunchy granola, coconut flakes or from whatever that I have in the pantry that takes my fancy that day.

That was how my homemade parfait was reconstructed. My daughter loves them to bits. She loves to snack on yogurt and always ask for seconds when granola is added in. It soothes me to know that she loves her food, especially on days when she refused much of her lunch meals. It is also good to know that she has my palate, and fancy the same thing that I do. 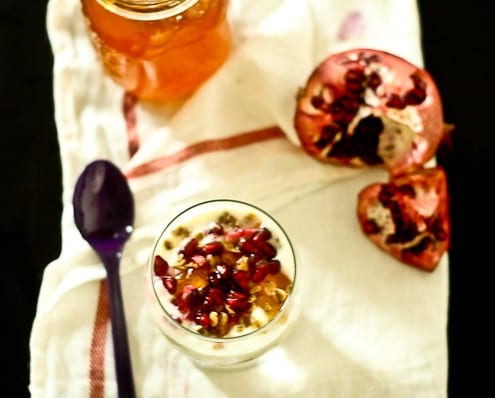 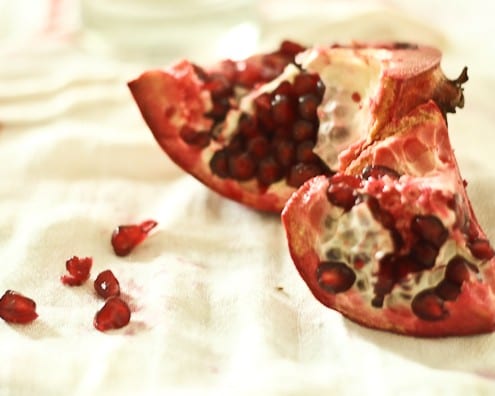 I want her to have some variations, and not get bored of the same snack over and over again. More creative layers were used, from runny honey, melted chocolates and recently, some homemade Seville orange marmalade. I find that the slight bitterness from the marmalade cuts the tangy yogurt and sweetness of the granola in such a complementary manner. With some pistachios and pomegranate in hand one day, I decided to bring our everyday parfait to a heightened level and hence this exotic treat was created.