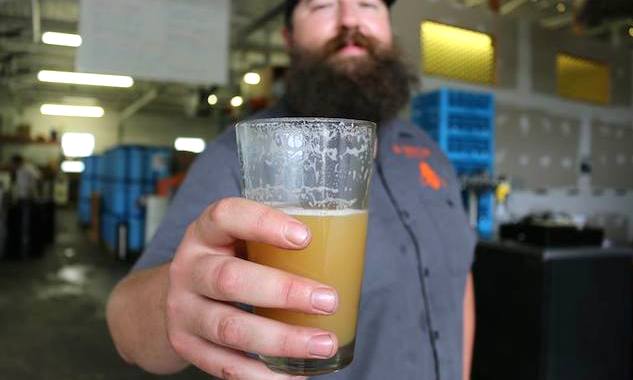 The historical fermented drink is making a comeback in cities across the US. Honest Cooking has the scoop on the honey beverage.
By Annelise McAuliffe 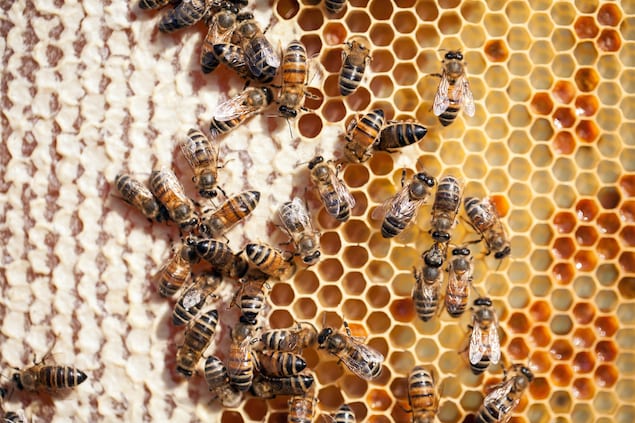 Since discovery, people around the world have been fermenting sugars and converting them to alcohol. Before sugarcane was widely cultivated, honey was the first known sweetener to be used in the magical and delicious fermentation phenomenon. While today we commonly guzzle craft beers, regional wines, and odd-flavored vodkas, we rarely reach for mead, the honey beverage that is the grandfather of fermented drinks.

No longer the reigning premier alcohol drink, Honest Cooking set out in search of today’s mead, because according to Michael Fairbrother of Moonlight Meadery in Londonderry, New Hampshire, “History never tasted so good.” Glenda Downs of Sky River Mead in Washington attributes the decline of mead consumption to our advances in civilization. We can only speculate along with her that as we began to build larger and larger castles, bees were needed more for wax candles than for alcohol fermentation. Likewise, the increase of wine production and trade helped to squash honey’s terrior around the world. Although it should be noted that one of the national drinks of Ethiopia, tej, is still a form of honey wine. What we found along the way of our honeyed-sips was mead is a rule breaker, a delicious boundary pusher, and a burgeoning black sheep of the alcohol world. 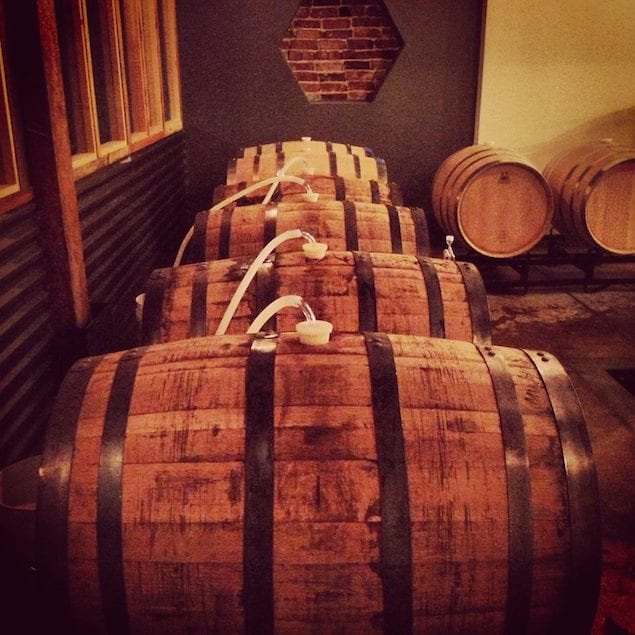 Today, mead has begun to regain its footing in smaller cities and hipstervilles across the United States. Metropolises in states such as Colorado, Michigan, Arizona, and Hawaii have nurtured their hives and their markets to welcome back the drink of our ancestors. Many of the mead makers in today’s buzzing cities seem to have had similar beginnings. They started by making the drink for fun in their garages and basements and then found the key to happiness. Well, maybe it wasn’t so simple, but we like to think mead is that magical. Stephanie Krieger of Nani Moon Meadery left a career in biology to work with bees in a different way. Michael Fairbrother of Moonlight Meadery says he owes his business and success to his passion for mead. He quit his job as a software engineer the day he sold out of his garage-made batch of mead. Brad and Kerri Dahlhofer of B. Nektar in Ferndale, just outside of Detroit, began making mead at home because it was something they enjoyed and couldn’t buy in stores. The couple transformed their hobby into a full-time job after both were laid off. Each of the meaderies around the country forged a place in their hometowns and created a following of locals to rival craft beer aficionados and cult wineries anywhere.

We think the fermented honey beverage has rightfully taken up the title of being the drink with no rules. To most people that sounds like true freedom, but mead makers have found it to be both a blessing and a curse. The overall shroud of mystery surrounding the drink has given the creators the liberty to experiment with fun flavors and techniques, such as a rogue peanut butter and jelly mead playfully concocted as a test batch at B.Nektar. However, there is no blueprint business plan for meaderies. Mead has bestowed on its makers the challenge of marketing and simply getting people to just give it that first, winning sip. Otherwise, steadfast wine drinkers and hardcore beer fans will skip right over the beverage listed on a menu or awkwardly shelved away in a wine department and never give it a whirl. It is not beer, it is not wine, and to most drinkers, if doesn’t fit nicely into a category it is not worth their time. Being unaware, mead then goes untried and untapped by consumers.Likewise, the Alcohol and Tobacco Tax and Trade Bureau has chosen to minimally acknowledge the original fermented beverage, and throw it into the wine category for regulation purposes. Not only has such a categorization limited its sale, but it has unfairly pigeon-holed the unique drink. 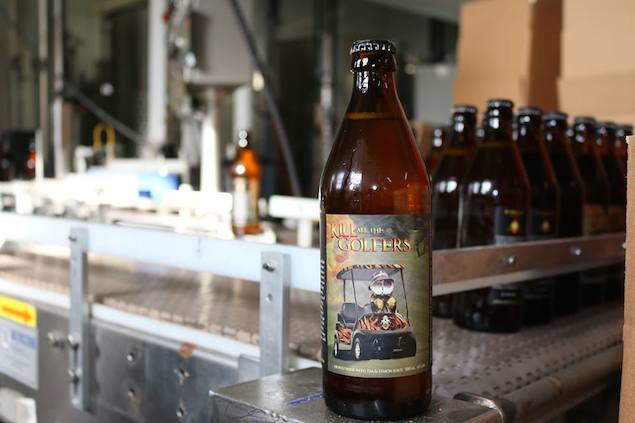 Without a definite marketing plan, producers have chosen a variety of avenues to position their meads in the marketplace. Moonlight Meadery felt American men had found a new hobby and drink in the craft beer world, and wanted women to have their own approachable niche, too. With names such as Red Dress, Desire, and Fling the Londonderry meadery targeted women, but ended up creating a seemingly balanced client base. Selling lower alcohol meads, around 6% ABV, B.Nektar bottles and markets their creations similarly to a witty craft brew label. Utilizing puns, pop culture, and just about anything they find funny, the Ferndale company has taken the experimental route looking to tap into the nerdy-hipster world of drinkers.

Trying to overcome the stereotype of being only a sweet drink, Stephanie Kreiger has set out to make delicious dry and even spicy chili meads. Relying on supreme Hawaiian honey and rainwater, Stephanie has reached out and found her place with the ever-growing world of health food stores, boasting of a drink with potential health benefits and no additives. Locally made, totally raw, and with a purist mindset Nani Moon is successfully riding the coattails of the healthy living movement under a beautiful Hawaiian sunset. 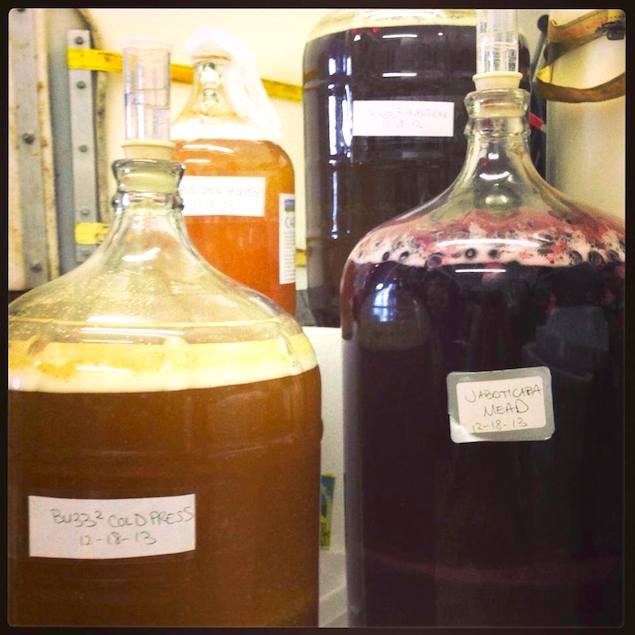 When they began, Chaucers in California noted their drinkers consisted of “Renfair goers, english lit majors, and a certain segment of hippies and new agers.” Today, kicking their original marketing rules to the side, Chaucers realized recent success by pitching their honeyed beverage as a friendly partner to cocktails. Creating shaken and stirred recipes for each of their libations, Chaucers has tapped into a market beer and wine companies generally ignore. With most of their business residing in retail, the meadery wanted to branch out to eateries and has noticed bars and restaurants to be more receptive to the beverage when they can market it mixed. Not to mention it is easier to encourage a customer to try a mead cocktail rather than a full glass of straight mead which they perceive to be always overtly sweet.

Going with its flow of being the the rulebender and simultaneously the confuser, different mead styles have found homes in just about every type of glass behind the bar. We asked a few meaderies what vessel they recommend drinking mead creations in and the answers included champagne flutes to mason jars and everything in between. Jeff Herbert of Superstition Meadery in Prescott, Arizona, uses flutes for sparkling meads and snifters or wine glasses for just about every other variety. In the end he cautions drinkers not to get too caught up in the glass, but to remember that a curved-sided glass with a stem helps to keep the beverage at a cooler temperature, away from the drinker’s warm hand while still bringing the delicious aroma up to the nose.

On a typical rule-breaking night on the town in New York City, why is it that mead, offering freedom from drinking stereotypes is unlikely to be found? Ken Schramm, father of modern day mead and author of The Compleat Meadmaker speculates that mead, in ancient and modern day, begins by being brewed in homes out of necessity due to lack of suitable options in the area. However, in the Big Apple, just about every category of drink in high-quality form is at ones fingertips until all hours, so there is little need to branch out and create. Let alone suitable space to home-brew. Mead has found hard-core colonies of followers in its successful areas and may have more trouble establishing itself among the busy bees of New York that buzz around with headphones in and less sense of community. Other meaderies attribute the problem to the few major distributors of the city that refuse to sell something they are unfamiliar with. While others infer the foodie movement of Manhattan has stolen center stage, yet remain hopeful that the same enthusiasm will trickle down to mead eventually. 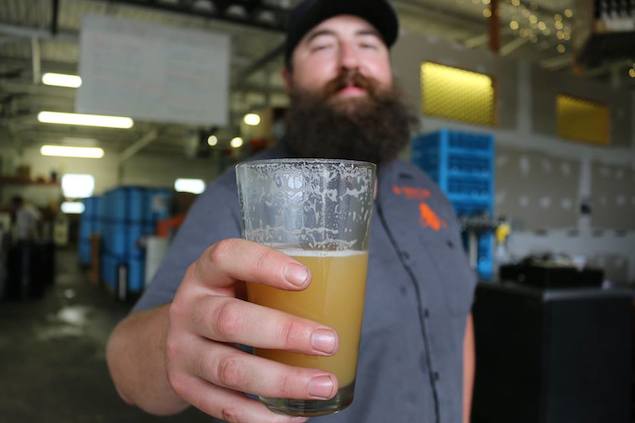 Thursday nights in Ferndale gather the rebellious mead-heads of Metro Detroit together on a dark street tucked inside an industrial garage of a residential area. Walls are decorated with patrons’ drawings as customers hang out during a blaring open mic night and enjoy mead on tap and higher-alcohol mead slushies. Meanwhile, on the picturesque islands of Hawaii the locals are surfing and enjoying the outdoors while sipping unique, seasonal blends. Regardless of where, mead is bending the rules and bringing the beverage culture back to its historical roots by being the trendy honey drink of today.