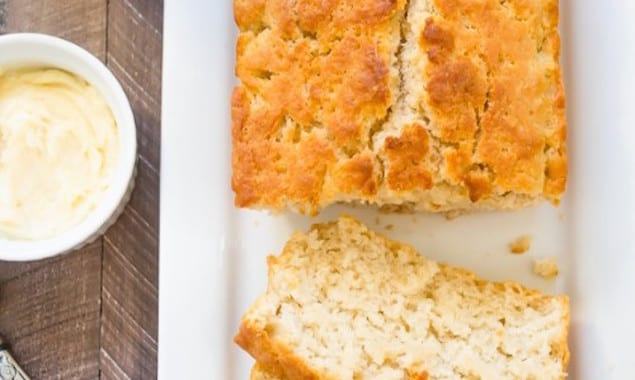 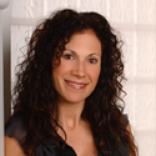 I'm a wife, mother, and food blogger, residing in the…

Similar to beer bread, this crisp crusted hard cider bread has great tangy apple flavor. Slather with maple butter and serve with a bowl of chili. You’ll be in fall heaven.
By Marcie Bidou 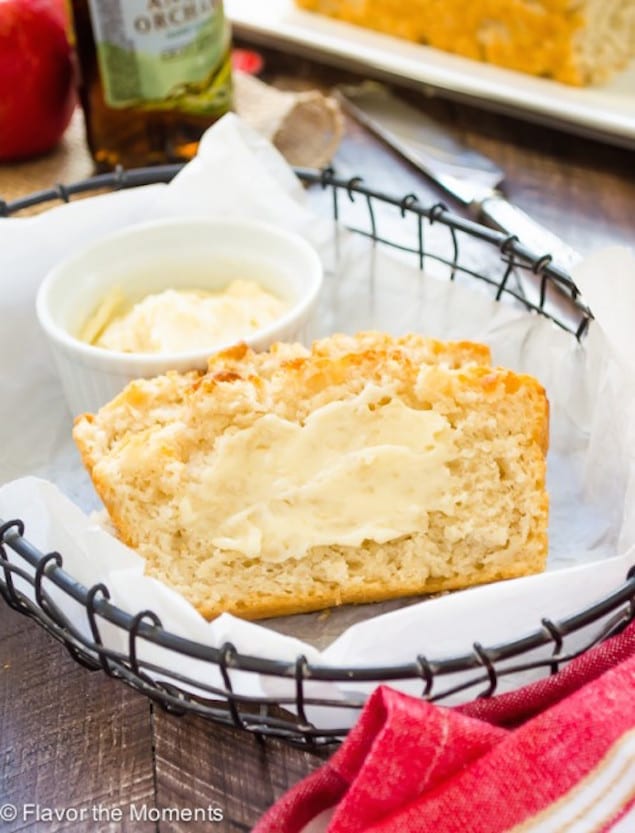 Because of this “apple thing”, I’ve been drinking apple ale and hard apple cider on occasion. It’s been so warm, and they’re so refreshing. Long story short, I decided to make beer bread with hard apple cider instead, and to say I was ecstatic with the results is an understatement. 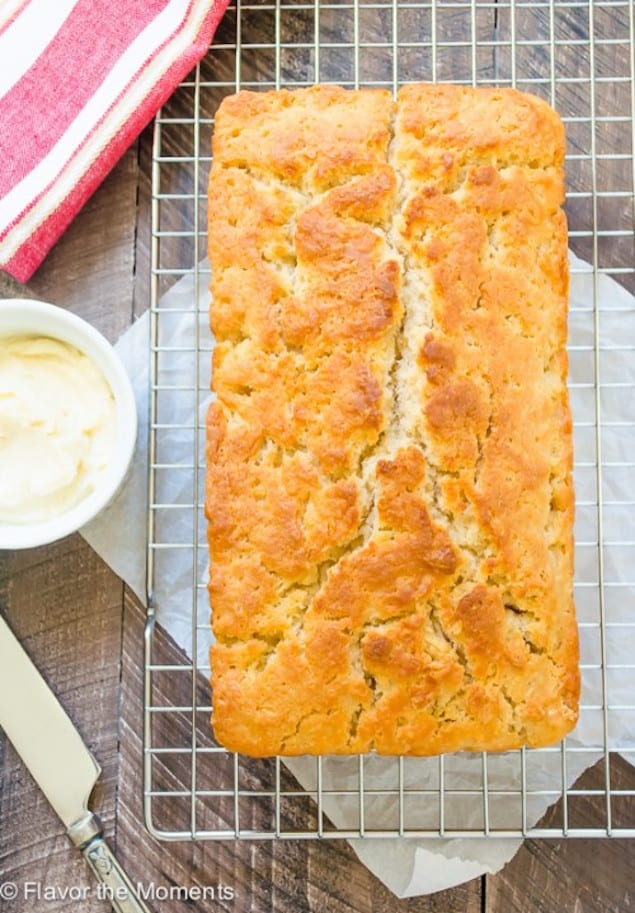 Beer bread is special because it has a great tangy flavor. The hard apple cider gives this bread a really tangy apple flavor — and we’re talking big apple flavor! I was really surprised how much the flavor came through, and it really helped satisfy my apple cravings.

The maple butter is the perfect thing to slather on this bread. The sweetness helps balance out the tang. The creamy butter atop a nice, warm slice of this bread is just heaven. Fall heaven. 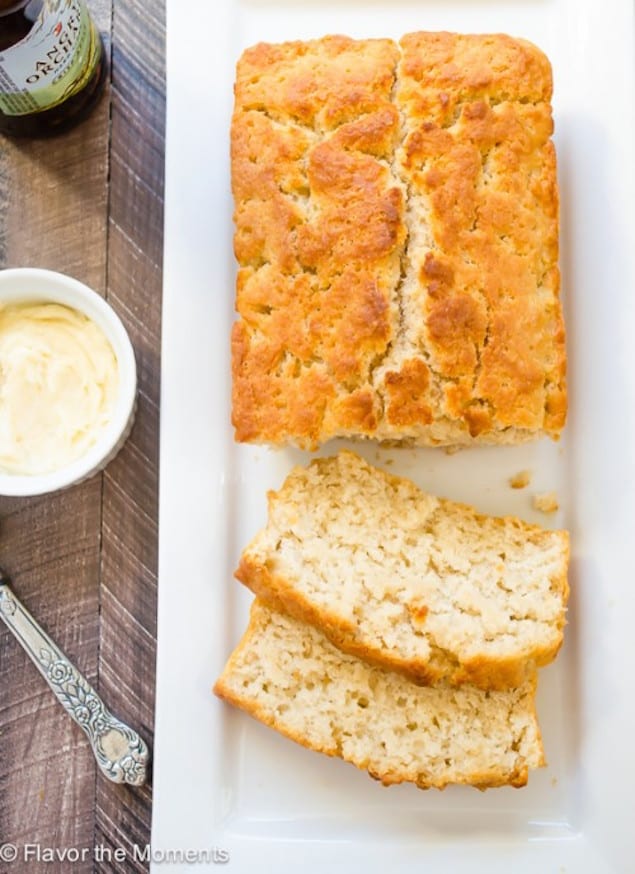 This Hard Cider Bread is the easiest thing in the world to make, and takes only 5 ingredients (not counting the salt, because who counts that?). The bread is extra special due to that rustic, crispy crust — it’s just pure comfort food. It’s the perfect thing for Game Day served alongside some chili, pulled pork, ribs — you name it! It will be a sure fire hit. I mean, isn’t everyone impressed with homemade bread?

Print
Similar to beer bread, this crisp crusted hard cider bread has great tangy apple flavor. Slather with maple butter and serve with a bowl of chili.
Author: Marcie Bidou
Recipe Type: Bread, Baking
Serves: about 10 slices
Ingredients
For the bread:
For the maple butter:
Instructions
Prepare the maple butter:
Notes
The maple syrup may be substituted for honey in the bread and the butter.
Recipe adapted from King Arthur Flour
3.2.2885 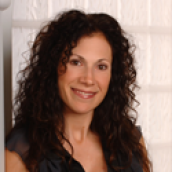 I'm a wife, mother, and food blogger, residing in the San Francisco Bay Area. I graduated from culinary school in March 2014, and I'm a food blogger at flavorthemoments.com, where I publish a combination of my own recipes and adaptions of others. My style of food is fresh, seasonal, and always homemade.