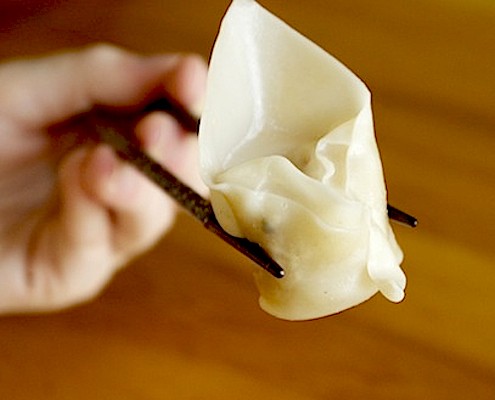 Summer Sunshine In A Bowl

Sarah Kenney has a great afternoon making one of her daughter’s favorite foods – dumplings.
By Sarah Kenney

It’s always fun to bake cookies with your kids. However, when you have teenagers, the sands of tradition shift somewhat.  Somewhat? O.K., they shift greatly.  Would  teen parents agree?  So many good changes come with having teens in the house like “Sweetheart, can you run to the store for milk and eggs?” They are  wanting to feel independent.  They crave traditions but want to break free at the same time.  I thought I would lure one of my kids into the kitchen by proposing we make something that seems exotic and foreign to our table. It worked.  I had a great afternoon making one of my daughter’s favorite foods – dumplings.

We love all types of Asian foods. I do, however, feel intimidated to recreate these dishes in my kitchen. I saw these dumplings on a food blog that I admire, Almost Bourdain, and decided this will be our first foray into Asian cooking.

Ginger root, like my beloved vanilla bean, is becoming another scent that tickles and delights my nose.  Fresh ginger is now a must in my kitchen.  I always fretted about buying a ginger root and then not using all of it and throwing it away.  I learned recently that you can freeze ginger and use more of it as needed.  Cool.

The filling was a combination of pork and shrimp. This was an unusual pairing for us but these little bundles have a delicious flavor.  Making the petite dumplings was a good pick to do with my daughter. At this point, making cookies can seem a bit childish.  The dumplings have all of the “cuteness” factor of cookies but look exotic, foreign, and sophisticated for a teen.

Folding them was so easy and fun! We giggled over the little pillow bundles that piled up.  We reminisced about when we lived in Japan.  So many times we gathered with our Japanese friends and made all sorts of origami flowers, birds, and shapes.

Folding the little dumpling wrappers around the filling seemed daunting at first.  We carefully followed the step-by-step directions that Almost Bourdain included in her blog post.  After the first few awkward looking dumplings, we clipped along watching them pile up ready to be boiled. 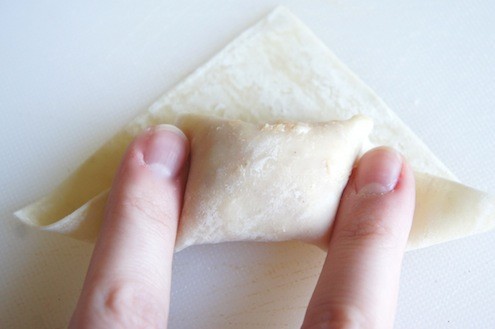 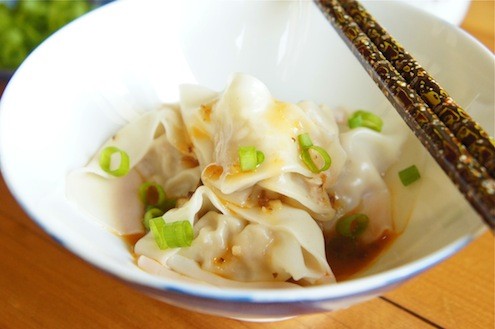 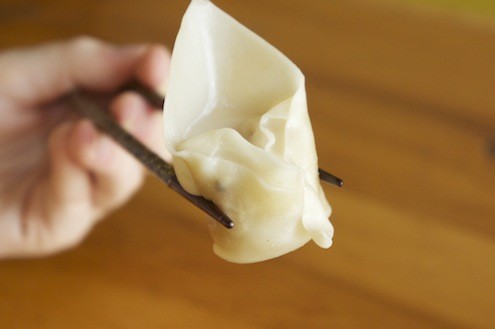 5.0 from 1 reviews
Dumplings: those little Humpty-Dumptys 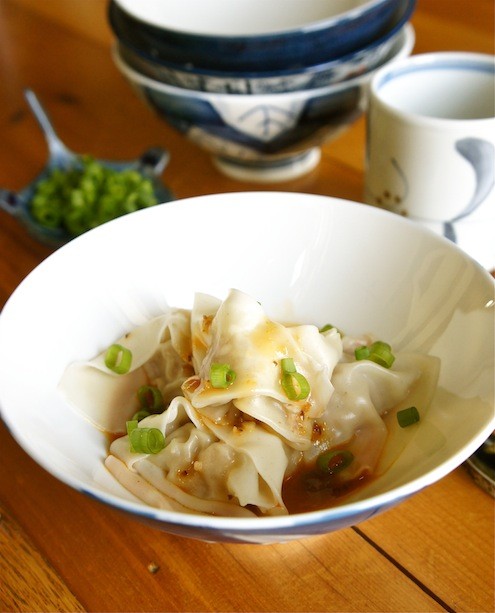 Print
Prep Time
15 mins
Cook Time
20 mins
Total Time
35 mins
Making dumplings is a snap. Once you get the hang of it, it is a great meal to pull those picky teenagers into the kitchen for some sophisticated fun.
Author: Sarah Kenney, Inspired By Almost Bourdain
Recipe Type: Main Course
Serves: 6-8
Ingredients
Wonton fillings:
Dipping Sauce:
Instructions
To Cook Wontons:
1.2.4

How to Braise Pork Neck Bones