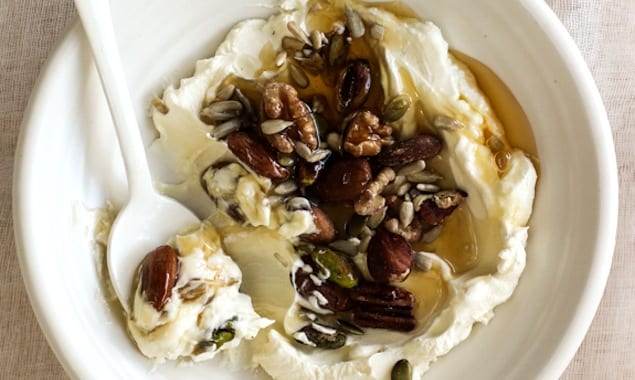 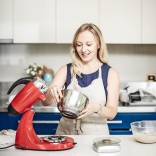 Martyna is a Polish-born Australian recipe developer and food blogger.…

How to Cook Perfect Sticky Rice

Strained or Hung Yoghurt Cream Cheese is made using natural Greek yoghurt, a muslin cloth and a little waiting time. It can be served as a savoury spiced Labneh, Shrikhand with sweet toppings, used in baking, cooking or eaten fresh. Since most of the whey is strained away, it can be enjoyed by people who are mildly lactose intolerant.
By Martyna Candrick 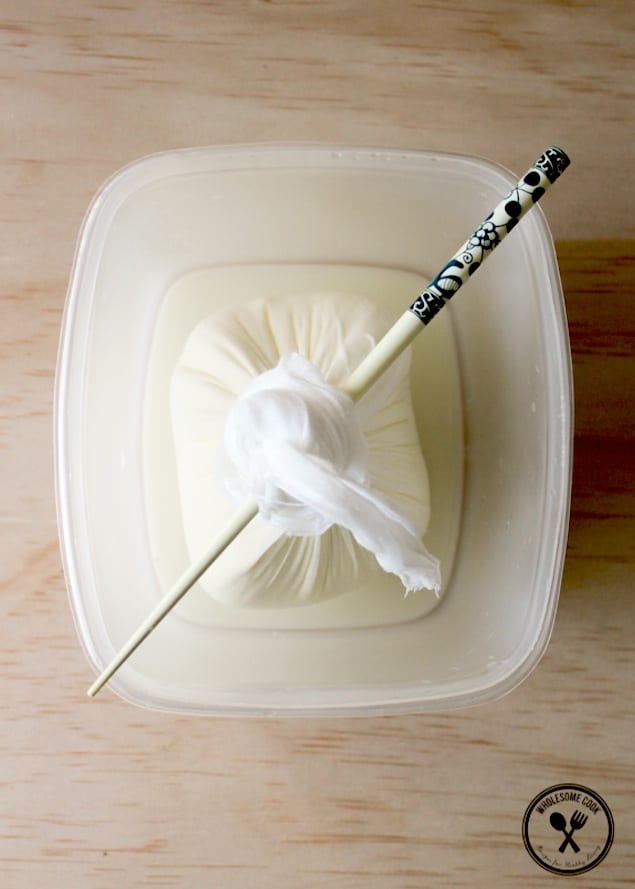 Strained yoghurt is a popular style of cheese used in Southern European, Middle Eastern, Central and Southern Asian cooking. Unlike cream cheese, yoghurt cheese is high in gut beneficial bacteria, is creamy without the excess fat and since most of the whey is strained away, it can be enjoyed by people who are mildly lactose intolerant. I first discovered Labneh – balls of strained yoghurt preserved in herb-infused oil about 3 years ago. It became an instant infatuation. I quickly decided to make my own because it is cheaper and because I could preserve mine in pure olive oil instead of “vegetable” oil blends that the more expensive stuff from the deli came swimming in.

The secret of this recipe lies in the quality of the yoghurt used. Use a yogurt that is thick and creamy already without any thickeners (gelatine, gums) or additives frequently used in a few of the other brands, and one that is beautifully tart.

Here are 7 of my favourite ways to use it:

1. Make Middle Eastern Labneh and preserve it in quality olive oil and your favourite blend of spices and herbs. It will last for months, but I bet it will be all gone not before long. Spread it on bread, use to top salads, add some to mash.
2. Because of the lower water content than yoghurt itself, it can be used as an addition to sauces without splitting, so it is a fantastic for soups and curries.
3. It makes for a creamier, richer base for dips such as the Greek tzatziki, Lebanese garlic sauce or Turkish haydari which is similar to tzatziki but does not include cucumber. My most recent favourite is salmon and yoghurt cream cheese dip – you can use this yoghurt dip version as a base. I’m also thinking of making a smoked mackerel version!
4. Use it in frostings and icings instead of cream cheese – less fat and a great dose of healthy cultures in each cupcake serving.
5. Bake it in things like cheesecake.
6. We use it as topping for nachos and tacos instead of sour cream, crumble it for salads or enjoy spread fresh on crispbread topped with smoked salmon, tomato or tuna.
7. Make Indian Shrikhand (pictured), which is a sweet strained yoghurt dish that incorporates sugar – I prefer to use honey or rice syrup, nuts and fruit. It’s refreshing and often enjoyed instead of ice cream. You can obviously go all out in terms of the seeds, nuts and spices.

Print
Prep Time
15 mins
Total Time
15 mins
Actual working time is around 15 minutes, but you need to allow 12-36 hours for the yoghurt to strain. Greek-style natural full fat yoghurt is the best, but because the texture of the cheese becomes dense and creamy, low fat varieties can also be used. Makes about 450g / 1lb cheese (a fist-sized ball)
Author: Martyna Candrick
Cuisine: Middle Eastern, Greek, Israeli, Asian
Serves: 2-4
Ingredients
Instructions
To make the cheese:
To preserve the cheese
3.2.1275 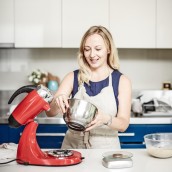 Martyna is a Polish-born Australian recipe developer and food blogger. Her creativity and passion for good food shines through in many of the delicious and easy to prepare meals which she cooks, styles and photographs for her blog, Wholesome Cook. Fresh cream-filled eclairs are her only weakness.

How to Cook Perfect Sunny-Side Up Eggs