A delicious early fall soup prepared from only a handful of good ingredients.
By Sara Clevering 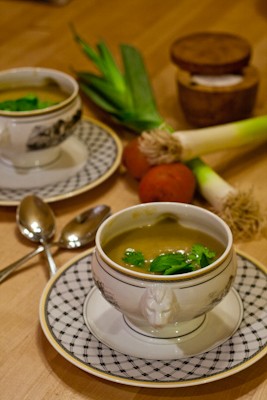 For those of us in the Northern Hemisphere, it’s undeniable. The weather is turning, the bright scarlets of tomatoes and blushing peaches are winding down and will soon yield to rust-colored leaves and orange pumpkins. That first time I feel the cool in the air is always a bit of a shock and a real reminder of the impending shift in seasons.

I can’t say I don’t mourn the end of summer, but the colder months have their own charms for those of us who like to keep the skillets going and the oven warm. A piping hot stew or a steaming soup is all the more comforting and nourishing it seems, when there’s a nip in the air. Here’s just such a homey comforting dish: classic leek and potato soup that can take you through fall and into winter.  Don’t let its soothing creamy texture fool you–there’s a heat that builds at the finish, thanks to a generous pinch of cayenne pepper. 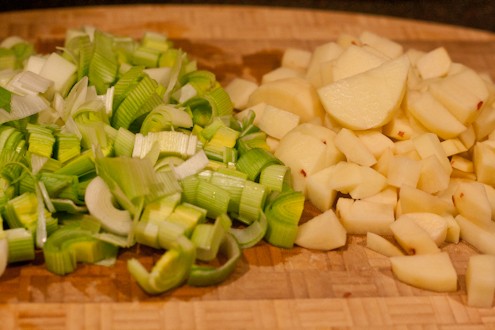 Because this is such a simple soup, with only a few ingredients, you’ll want to use the best stock you have — make your own, or try to use a good-quality store-bought alternative. 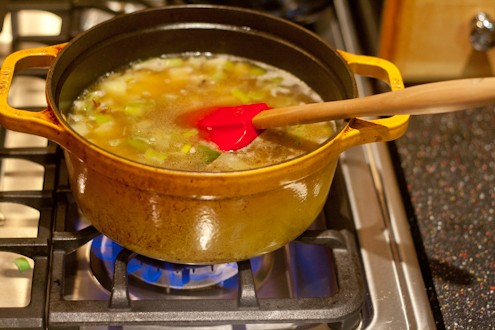