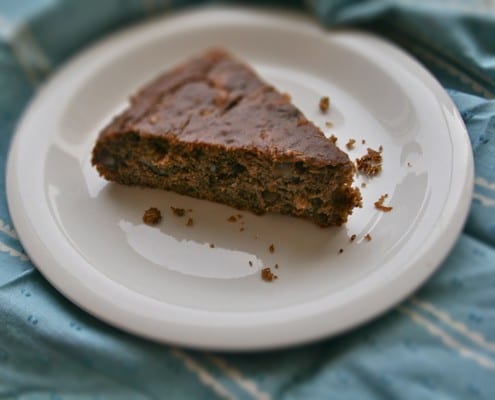 I’ve never liked bananas- it’s something about the texture of the fruit and the sound that people make when they eat bananas that turn me off. Don’t even get me started on how I think a banana overpowers a smoothie. But for some unexplainable reason, I love banana bread. Banana as natural sweetener, in a nutty, dense, and moist bread is a perfectly satisfying, low-guilt dessert (and then sometimes, breakfast). Living in southern China, tropical fruits are abundant, and none are more ubiquitous than the tropical banana at every stand, grocer and market than the banana. 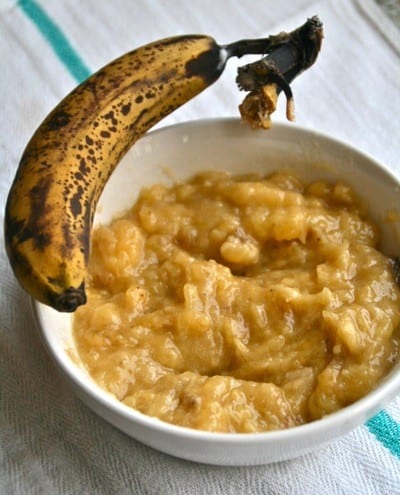 Any home cook knows there is one remedy to a banana-gone-brown: Banana bread.

Banana bread was the first baked good I produced when I set off on my solo cooking adventures in the fifth grade. I proudly used a recipe procured from a summer camp cooking class held in the Home Ec classroom of a local middle school. I must have made banana bread fifteen times in that one year, alone. But after recently losing the decaying notecard containing the recipe scribbled in my pre-teen flowery handwriting, I have been trying various recipes to find a suitable replacement.

I’ve found that recipe, courtesy of Nigella Lawson’s cookbook How to be a Domestic Goddess. After some time, a slew of additions from my kitchen cabinets have found their way into the batter. In goes chocolate powder. A dash of allspice. Look, there’s an orange, so now I’m adding orange zest. You can’t have a banana bread in my house without walnuts, and hey, we have golden raisins that look a little shriveled so they are going to get plumped up with some bourbon and will make the cut, as well. 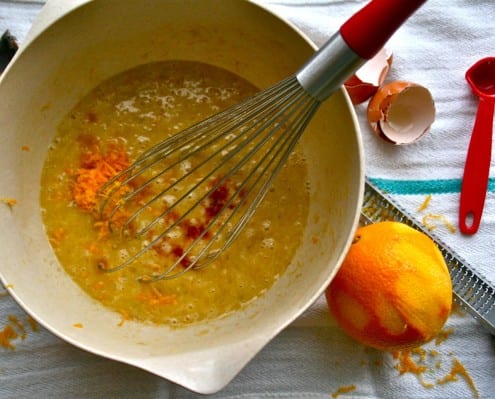 This is banana bread either produced by a glutton or someone with culinary Tourette’s. Don’t be turned off by the long list of ingredients; if you do any baking you will likely have all the ingredients already stocked in your cabinets. If you don’t like walnuts or raisins, omit those from the recipe. If you are out of vanilla or allspice, the recipe will be fine without those. If you are a chocolate chip fiend, those are a mighty fine addition. After all, it’s called Kitchen Cabinet Banana Bread for a reason.

Print
Prep Time
1 hour
Cook Time
45 mins
Total Time
1 hour 45 mins
Author: Jessie Chien
Recipe Type: Dessert
Serves: 8
Ingredients
Instructions
Notes
The alcohol from the bourbon (or whatever alcohol your choose to use) will burn off through the course of the cooking and baking, so there should be no concern for serving the recipe to kids or those who are on-the-wagon. Feel free to skip the bourbon soaking of the raisins to cut down on time, or if you have any concerns about the alcohol.
2.2.6