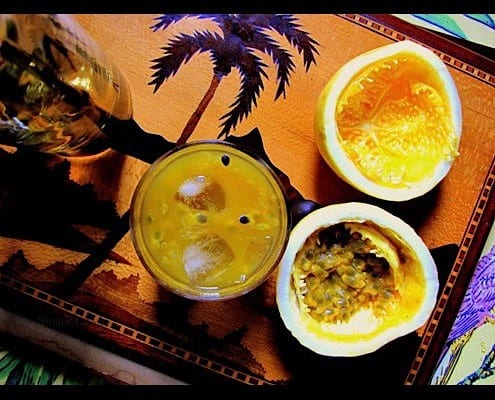 To help get you in the mood to celebrate Carnaval, Mardi Gras, or any excuse to let your hair down on a weekday, here’s a recipe for a delicious caipirinha made with fresh passion fruit.
By Suzie Castello

With February here – Carnaval is in the air in Rio de Janeiro.  Carnaval groups or blocos, have started filling the streets  with music and partiers.  Boca Maldita opened the season January 20th, a day when the city was off to celebrate its patron saint São Sebastião, and this year 425 blocos are expected to parade throughout the city.  The largest bloco is the Cordão da Bola Preta which drew a record crowd of 2 million partiers to the center of Rio in 2011.  Carnaval culminates with the highly televised competing samba schools parading down Avenida Marquês de Sapucai in the Sambodromo on the Sunday and Monday nights of Carnaval weekend.  Carnaval day this year falls on Tuesday February 21st.

Blocos have long been a part of the tradition of Carnaval in Rio, but lost their popularity during the 80s and 90s as crowds preferred to celebrate at fashionable Carnaval Balls.  Thankfully in recent years the party has returned to the streets.  Many credit the new popularity to the zero tolerance drinking and driving laws imposed in recent years making it impractical to cross the city for an event involving alcohol.  Instead of the people going to the party, the party has come to the people.

To help get you in the mood to celebrate Carnaval, Mardi Gras, or any excuse to let your hair down on a weekday, here’s a recipe for a delicious caipirinha made with fresh passion fruit.  The passion fruit has its own sour kick that is bright, sunny and refreshing.  I recommend making this caipirinha with a clear cachaça.  Golden cachaças have been kept in wooden barrels and have taken on the qualities of the wood.  Reserve the wooded cachaça for sipping or caipirinhas made with lime.

Gourmet Fall Cocktails and Treats for Adults on Halloween 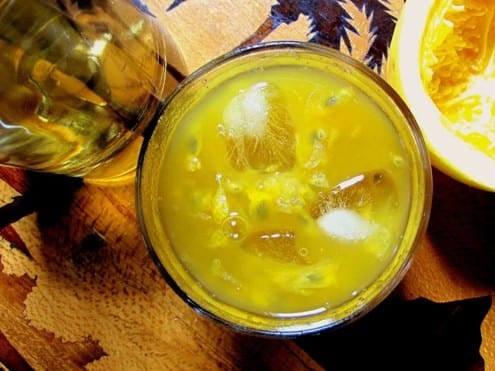