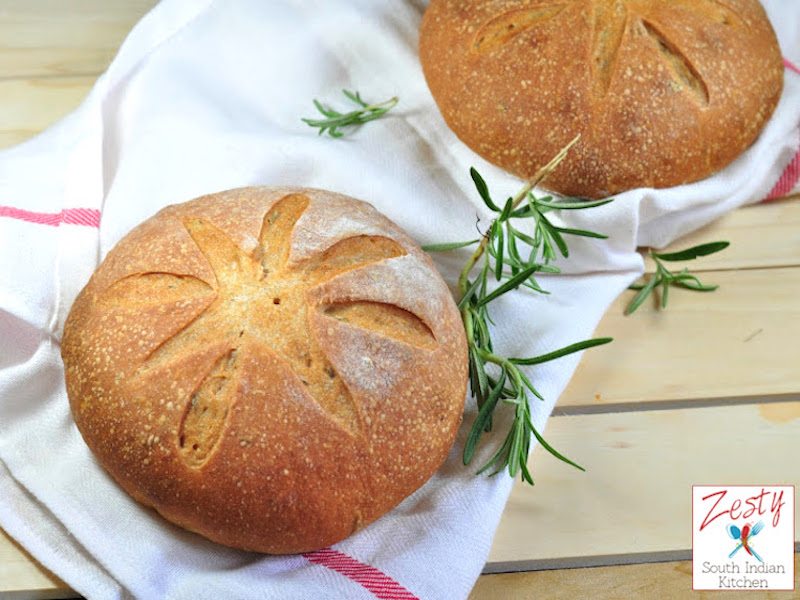 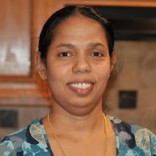 According to history, Luciano Pancaldo, a baker from Ferrara, a town in the north of Italy developed this bread inspired by the bread recipe for D’Este family, the rulers of Ferrara. Their bread was full of rosemary and had light crumb and golden crust, decorated with salt which resembles diamonds.

This recipe is interesting with very little yeast, I did few modification to the recipe as I added whole wheat flour and also reduce the amount of salt. The traditional recipe is made entirely with bread flour. I also let the bread dough to rise in the room temperature for about 7 hours, the rise time is longer because the amount of yeast is so small. Then it is shaped into two round balls and has given a second rise of one hour and then scored and baked at 400 °F for about 30 minutes, which is 15 minutes less than the original recipe.

It is a delicious bread, delicious when served warm. It is full of rosemary aroma and is ideal sandwiches, too. 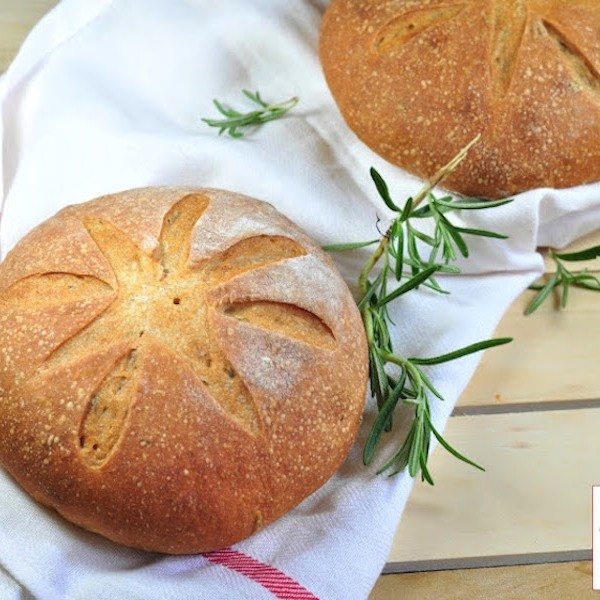 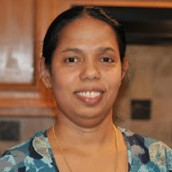