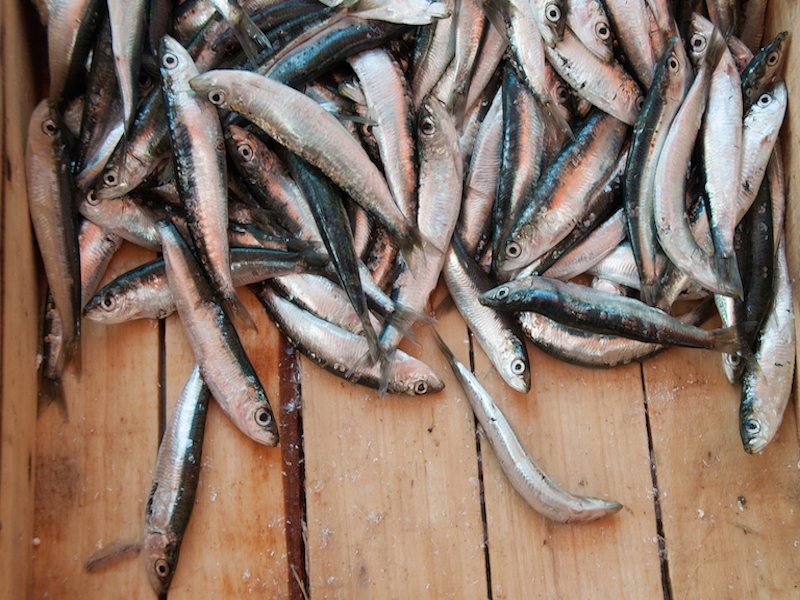 What it Takes to Be a Montana Master Chef

You say you don’t like anchovies. Too salty. Too fishy. Or you think you already know all you want to know about anchovies. Maybe you should reconsider?

Allow me to introduce you to Chef Maurizio,  of Il Maestrale Pizzeria, in the tiny village of Le Forna, on the small island of Ponza.

The anchovy is like a spring board, easily leaping from one style of preparation to another. They can be eaten marinated, fried, baked, stewed, on a pizza or just about any way you can imagine. They can be fished in the fall, salted, pressed and stored until the summer months or eaten fresh daily.  Chef Maurizo understands the many possibilities of the anchovy and, most important of all, he shares the flavors, the recipes and the culture of Ponza and anchovies. He says he has no secrets.

We first met Maurizio on our way out of the Tartaruga coffee bar.  He greeted us in English, “Hey…where are you from?”  Turns out Maurizio was born on Ponza, moved to the South Bronx with his family where his Dad worked in construction, lived in the States for about 20 years and then came back to Ponza.  Now he’s the chef and general bon vivant storyteller who runs Il Maestrale.

After chatting with Maurizio, we went to Il Maestrale for a pizza dinner that night. Why would you go to a stranger’s restaurant when you can go where the chef knows your name? We started with an antipasto of marinated octopus and anchovies, then devoured our wood fired crunchy, crusty pizza. When we were done, Maurizio came out of the kitchen for some conversation. It was over the after dinner limoncellos that he invited us to watch his anchovy prep for the next day’s service.

At 6:00 pm the following afternoon, we walked over to the restaurant where prep was already in full swing. Maurizio was gently sauteing large calamari stuffed with chopped calamari, cheese, parsley, and garlic when we walked in. A woman was grating mountains of cheese and the kitchen felt homey. The smell instantly caused my stomach to rumble with happy recognition that we were in a good kitchen.

But, we were here for the anchovies, not the calamari. In one container, there were the traditional salted anchovies being soaked in water to rid them of the excess salt. These would go on the pizzas. Another container was full of ‘cooked’ anchovies for antipasto. Maurizio, correctly used the word ‘cooked’ where we might use marinated, because the vinegar and lemon juice had actually cooked the small fish. A third plastic container was filled with fresh raw anchovies, their silvery bodies looking like they had just jumped out of the sea. These would be eaten fried.

Meanwhile, the calamari was still simmering away when the tomatoes were added. The calamari would be served with spaghetti as a special. On top of the oven were fresh rolls baked from the pizza dough. The kitchen lady was chopping garlic. And yes, our stomachs were still happily grumbling  while our noses drank in the smells.

The marinated anchovies had been deboned, something Maurizio does with a flick of his thumbs, and the obedient spine simply drops out of the fish. They had spent the night  cooking in a bath of white vinegar, salt and lemon juice. Now they were being treated to generous amounts of fresh garlic, red pepper, black pepper and fragrant oregano.  Chef says he uses whatever herbs he has on hand, even mint.  Then he handed us a small plate to taste, and in those few minutes, the spice flavors had permeated the fish, tasting of freshness, accented with tartness, and we immediately devoured them all.

The salted anchovies were rinsed, then washed in more vinegar, wrung dry, and as another treat, handed to us covered in oil, parsley, garlic and pepper. All washed down with a cold beer. Perfectly divine.  Chef Maurizio has fishermen friends who supply him with their dried anchovies. In an absolute pinch he’ll resort to store bought anchovies but he rolled his eyes at these commercially prepared fish: too thin, no flavor, etc. etc. Some chefs are picky about their anchovies.

By now, we were in the way of the dinner prep, so we walked outside of the compact kitchen. Maurizio came along and we talked some more. About how tuna fishing was now prohibited, as in zero tuna fishing was allowed, but it was perfectly all right for the Japanese to catch tuna in their commercial boats just on the rim of international waters. While I can respect the international laws, there is something unjust about how a local culture has to be terminated to protect tuna being caught by outsiders.

We talked a little bit about dying food traditions and how Maurizio wants to protect the local customs but it gets harder every year. He hadn’t heard about the Slow Food movement and when we talked about how it might help the local economy he reminded us that his restaurant is pretty small and how could he accommodate more people? He also doesn’t have email, or a phone, and you can’t make reservations. You just need to come  Le Forna, ask anyone where is Il Maestrale and he’ll do  his best to give you a table and an excellent meal.