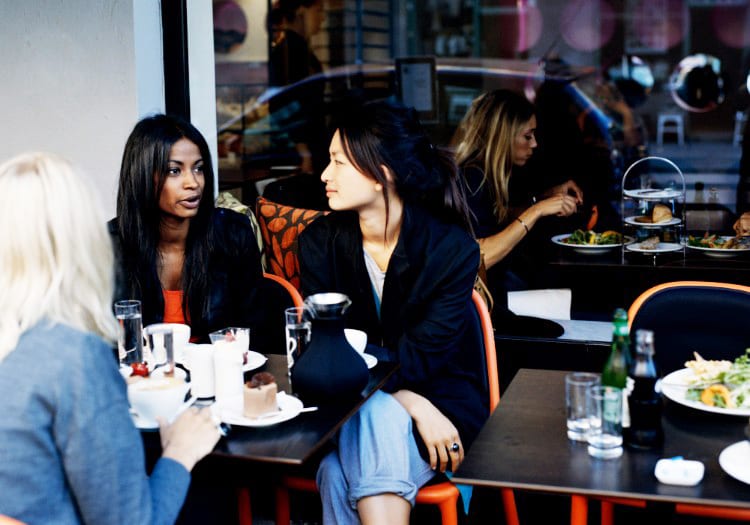 Coffee in Sweden is part of a ritual of taking a break from the day-to-day to relax and spend time with friends.
By Sarah Clyne Sundberg

While Americans take theirs to go and Italians like it standing by the counter, Swedes prefer it nice and slow. Readers of Stieg Larsson’s Millennium trilogy often comment on the frequent coffee breaks the characters seem to take. Coffee is indeed the lifeblood of Sweden. The average citizen drinks nearly four cups a day, third in the world to only Finland and Norway. Coffee in Sweden is far more than an energizing beverage; it is a ritual.

In Sweden quality of life equals downtime, it follows that pausing to gather for coffee and pastries is common at most Swedish work places. The coffee break, or “fika,” as the Swedes call it, is an opportunity to bond and catch up on the latest gossip. If you’re invited to a Swedish home you’ll likely be greeted with coffee and cake. Fika is essential to Swedish hospitality and social life.

A classic Swedish cup of coffee is brewed in a drip filter and served alongside small sugar cookies, or buns flavored with either cinnamon or cardamom. That said, Swedes have taken to barista culture with gusto over the past 15 years, and espresso drinks are now more or less required at most urban coffee hangouts.

During their studies and travels across Scandinavia, Samantha Albert and Corey Kingston were so taken with Nordic coffee culture that they are now working on a book on the topic. “Coffee shops in the Nordic countries are a place for community. People sit and talk to their friends instead of ordering to go. Coffee isn’t treated as a pick-me-up. It’s a reason to take breaks from a busy day-to-day schedule,” says Albert.

Coffee shops in Sweden are warm, cozy hideaways when it is cold out, and provide a place to bask in the sun from sidewalk tables in the summer. “The architecture makes use of all the light there is, because it’s so dark much of the year. The interiors tend to be very well-designed and focus on light wood and white walls,” says Albert.

According to customs records from the port of Gothenburg the first shipment of coffee arrived in Sweden in 1685. But it was King Karl XII who started the coffee craze 30 years later. He became hooked during his time in Turkey and returned to Sweden with a Turkish coffee kettle. The fashionable crowd followed suite.

Until the mid-to late 19th century coffee remained a drink for those who could afford it. From then on coffee-drinking took hold in the general population. Some theorize that Swedish enthusiasm for coffee was stoked by the teetotalers and the labor movement, which promoted coffee as an alternative to vodka.

That is not to say the two can’t be combined. “Kaffekask”, a mix of vodka and coffee was long a popular drink among farmers and workmen. One traditional recipe dictates: drop a coin in a mug, pour coffee until you no longer see the coin, then top it up with alcohol until the coin is visible again.

Well into the 20th century Swedes continued to boil their coffee. Then the electric drip brewer was introduced and Sweden never looked back. Any well-equipped home has one.

In the 1940s and ’50s Italian guest workers brought espresso to Sweden. The first cup of espresso was sold in Sweden 1959 at Piccolino in Hötorgshallarna, an indoor food market where the very same coffee counter can be found to this day. The modern, Americanized take on espresso drinks arrived in the late 1990s.

Through it all, the coffee break remains a focal point of Swedish and Scandinavian day-to-day life. “I have a friend whose grandma is 90 and has had coffee with the same group of best girlfriends since they were in their 20s. They meet at a different friend’s house every time, it’s a way for them to come together,” says Albert.