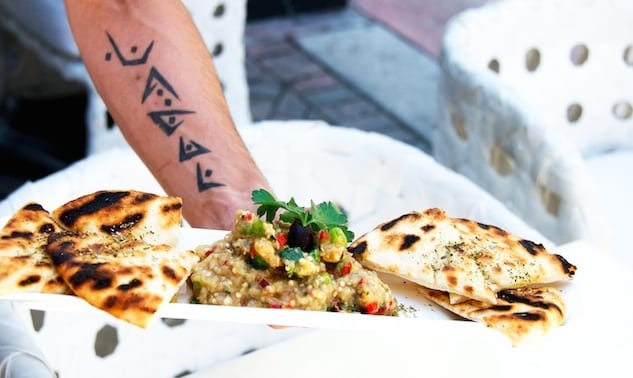 A beautiful photographic tour of the food at Poseidon Greek Restaurant in Miami Beach.
By Brenda Benoit 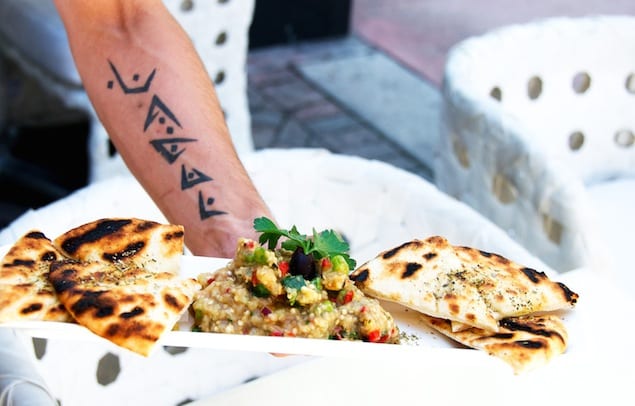 It was a cool and breezy afternoon so sitting outside was the obvious choice. The dishes were all new to us and we did not know what to order. 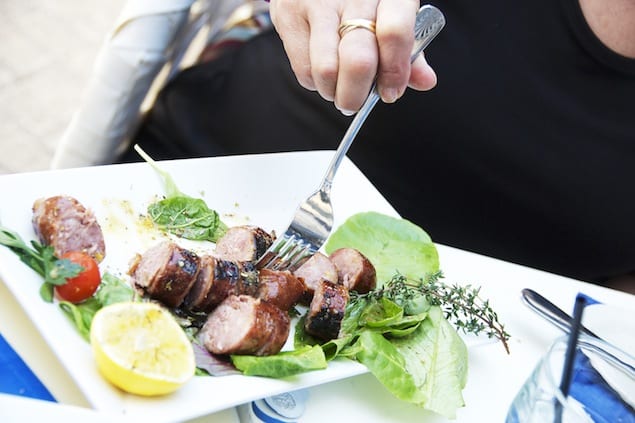 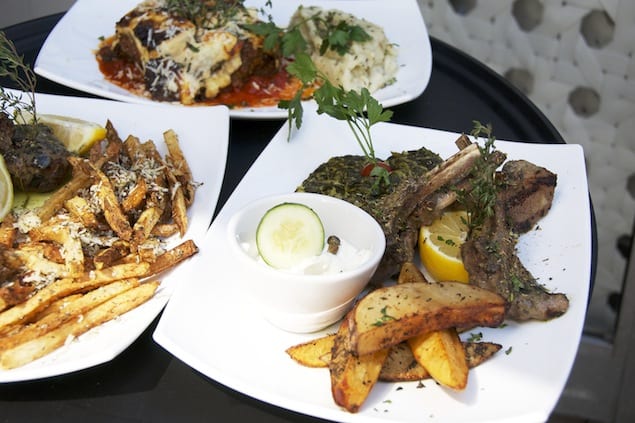 The Lamb Chops was another winning dish – herby, soft and accompanied by generously sized fries. 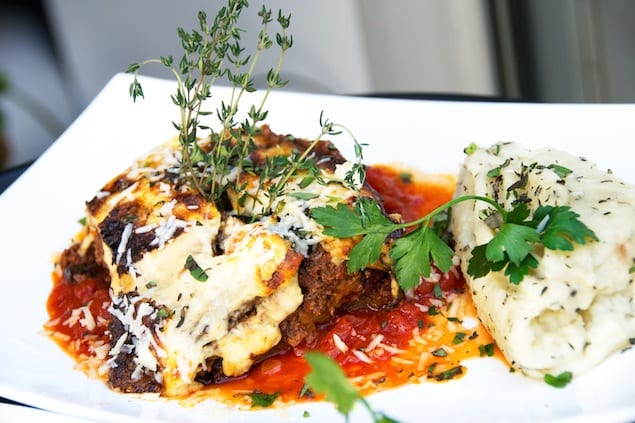 I had the Moussaka – roasted eggplant, zucchini, potatoes, topped crocous kozani béchamel. It had a strong taste of cinnamon, which was delightful. 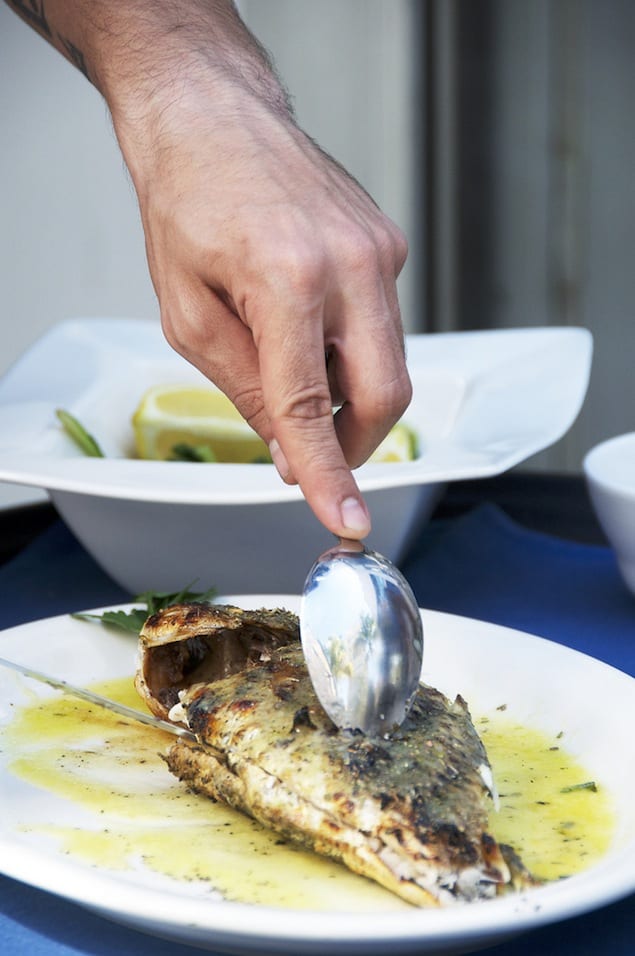 The main attraction was the Tsipoura – a whole fish that was deboned and served tableside. 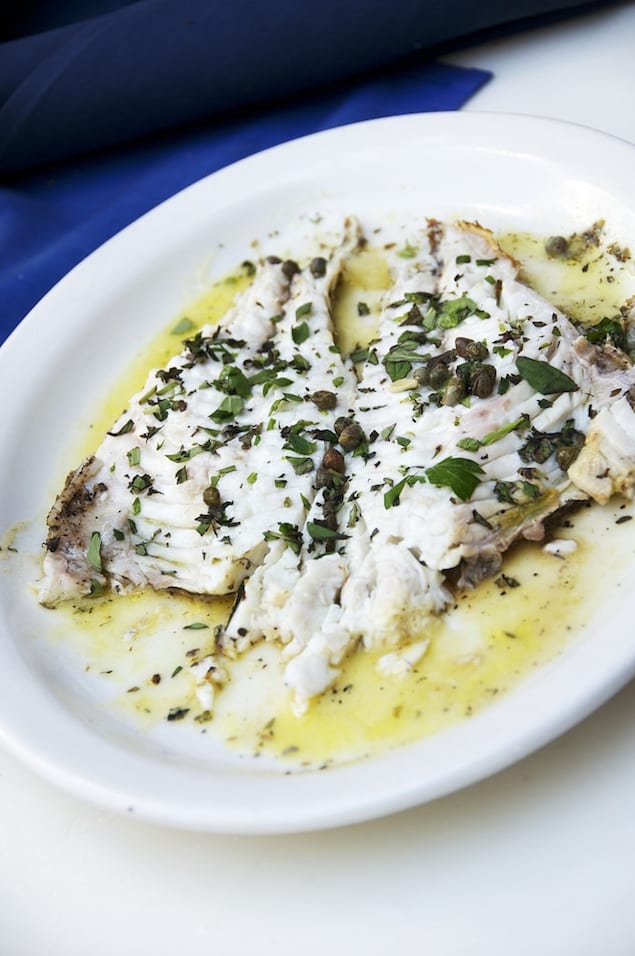 Tsipoura is Greek for gilt-head sea bream. It is a healthy and most importantly, a truly delicious fish. Watching it being deboned and then sprinkled with parsley, capers and lemon juice was quite a show. 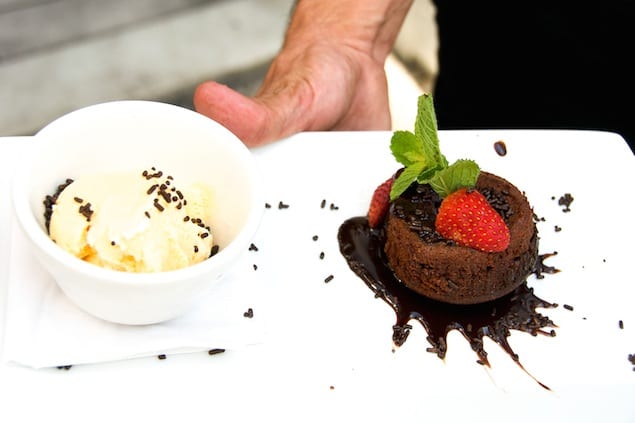 Dessert was Santorini Lava Chokolote. I just took a bite as the plate was seriously guarded by the chickens. The taste I did get was quite sensational – deeply chocolaty and moist.

Poseidon Greek Restaurant & Outdoor Lounge is a place we would go back to- great service, amazing atmosphere and delicious food all served with a giant dollop of Greek charm.