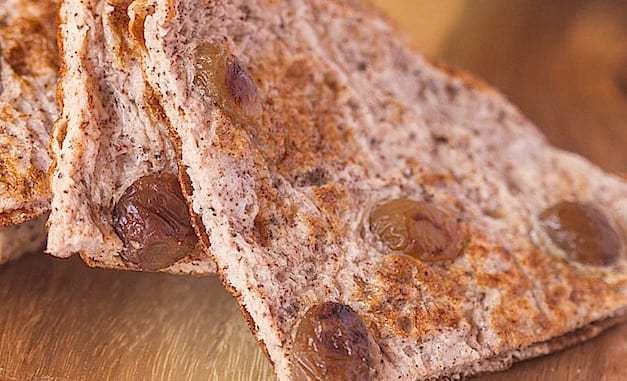 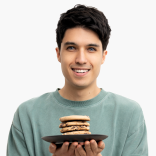 The Big Man’s World is all about great recipes, epic…

A few ingredients and a couple of minutes are all it takes to make simple Cinnamon Raisin Flatbread. It is paleo, high in protein, and perfect with a spread of butter.
By Arman Liew 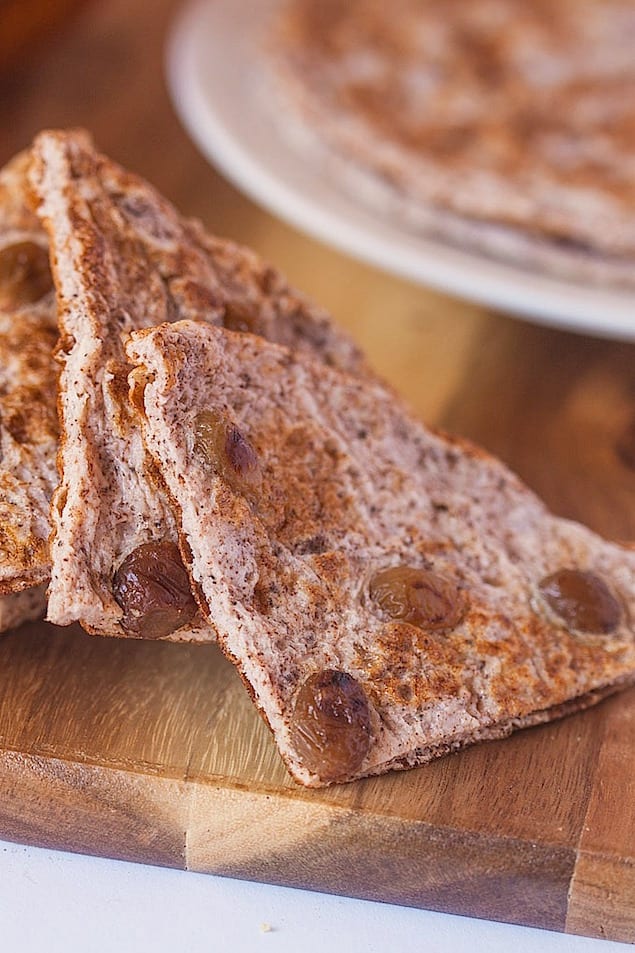 I made this paleo cinnamon raisin flatbread after having success with the original version. Get that recipe here. As mentioned in that post, this ‘flatbread’ is NOT like a slice of cafe-style raisin bread you may or may not be accustomed to. It is more of a ‘wrap’ texture and depending on whether you choose to use whole eggs or just the whites, can be quite airy. Saying that, it is delicious lightly toasted with butter or as I did during my Paleo challenge, use it as the most delicious wrap I think I have ever made! 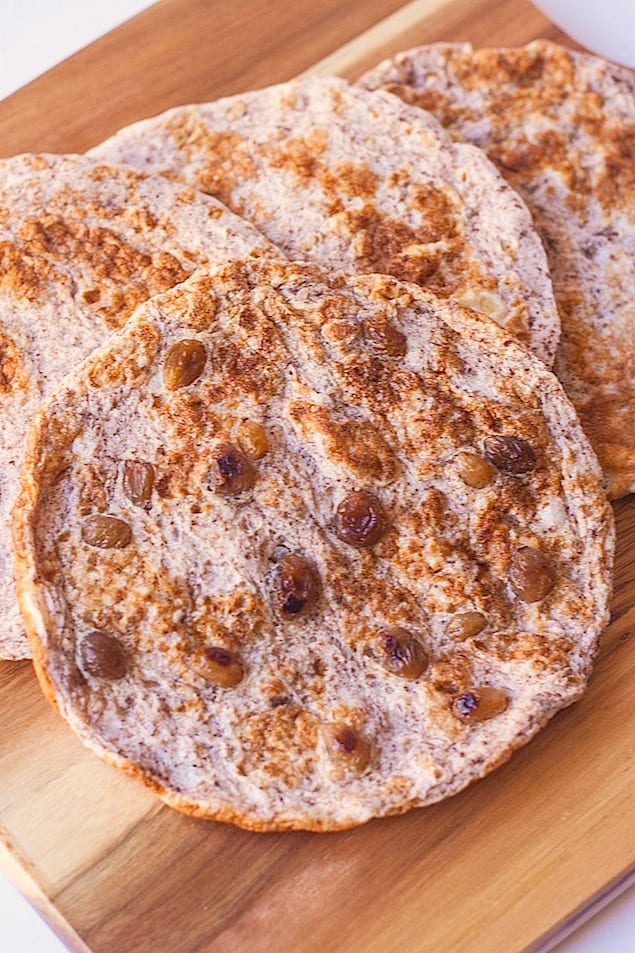 In just five minutes, you’ve got a bread like base ready for the butter, fillings or even as it is.

Breakfast, lunch, snack or dinner- You be the judge. This Paleo Cinnamon Raisin flatbread doesn’t discriminate.

Print
A few ingredients is all it takes to make simple Cinnamon Raisin Flatbread. They are paleo, high in protein, and perfect with a spread of butter.
Author: Arman Liew
Recipe Type: Side, Baking, Snack
Cuisine: Gluten Free, Paleo
Serves: 4 servings
Ingredients
Instructions
Notes
Baking soda and lemon juice- for this recipe use ½ tsp baking soda with 1 T lemon juice.
Flatbreads can be refrigerated for up to a week. Freezing them is not recommended, unless you heat them up again in the pan.
3.2.2885 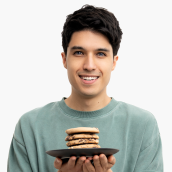 The Big Man’s World is all about great recipes, epic travels and random rants from all things fitness, diet trends and why my body will never look like Channing Tatum’s. There is an unfair stigma that healthy food can be boring and tasteless- It is my personal mission so prove that wrong.