Create a fun ginger beer chicken on the grill with a simple can of soda and a ginger ale glaze.
By Christiane Potts 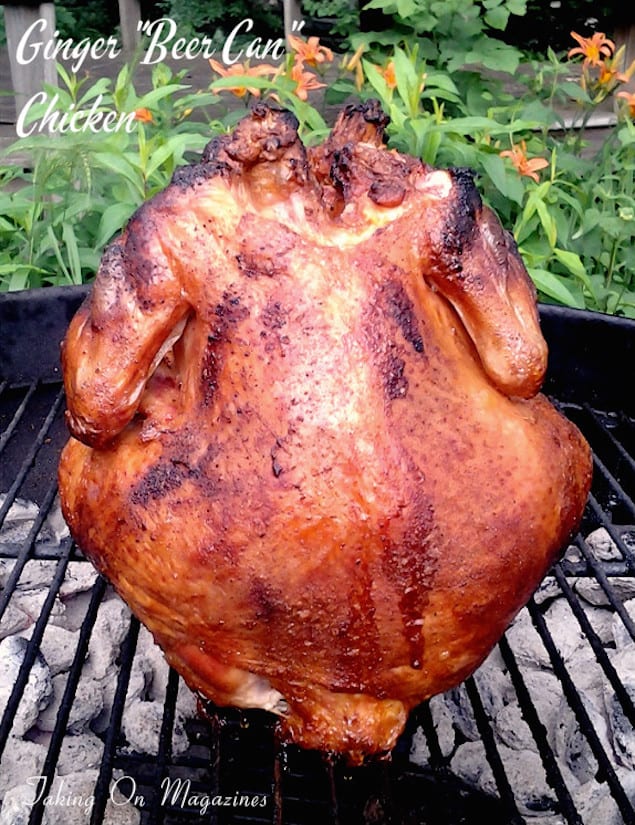 Our family didn’t do a whole lot of grilling when we were kids. There were a few kebab dishes that required flame, but other than those, I don’t remember ever seeing plain ole burgers and dogs being cooked up out there.

We tested out Souther Living’s Ginger Beer Chicken on the grill. Find out below how we liked it!

Mixing the spices together and sprinkling them on the inside and out of the chickens is easy. Shoving the birds down on half-full ginger ale cans is simple too. Letting the ingredients for the ginger glaze simmer on the stove is also a piece of cake.

Setting up the coals on one side of the grill and placing the chickens on the other side so they cook via indirect heat takes no effort at all. In fact, this meal is pretty darn easy.

Wow. Wow. And wow. Score a big one for Southern Living. The chicken was delicious. We all loved the spice rub and the way that the ginger beer infused the meat as it steamed up from the inside. It was heavenly.

And honestly, we didn’t need the glaze at all. In fact, everyone thought it was a bit too sweet. The rub was more than fine on its own.

I did think that the hour and a half cooking time was a bit much for our birds. They were just starting to dry out when I pulled them off the grill. An hour and fifteen minutes would have been perfect.

What I’d Do Different Next Time

I wouldn’t bother with the Ginger Ale Glaze.