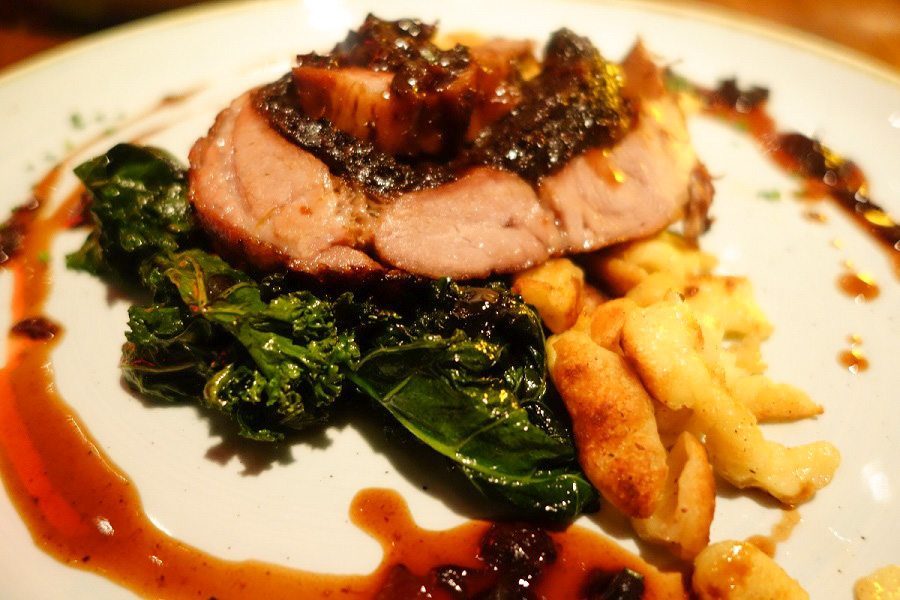 It was time for a change, bring back traditional Swiss food from the land to the plate. Hung’ER Butchers Shop and Restaurant in the Park Hyatt Zurich is more than locally sourced. Chef de Cuisine Frank Widmer has been working exclusively with a butcher in the village Jona who makes sausages, dry ages meat and pork and with no waste.

When the Alpen horns announced the grand opening in October, 2016, it was the beginning of an eatery experience.

Many younger people and locals have been won over with this new pop up dining concept in the former Parkhuus restaurant and Saturday night was bustling. Formalities are gone along with the white tablecloths and a relaxed atmosphere is in its place. I even heard a Michael Jackson soundtrack in the background mixed with contemporary music. The man dressed in chef’s gear near the entrance, handed out samples of sausages, tempting the appetite. 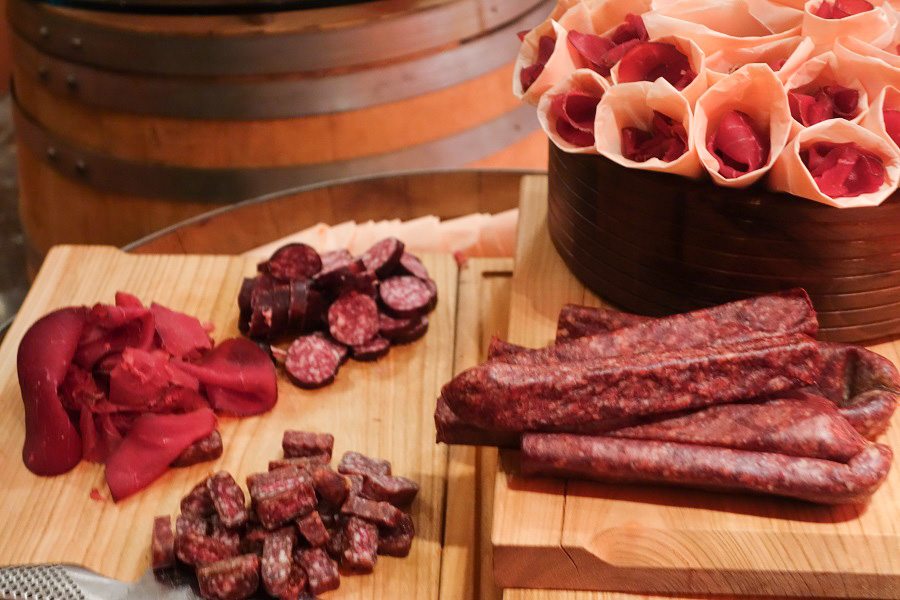 Every part of the animal is used and a few of the menu items like sour veal lung in a cream sauce and calf’s sweetbreads entice eaters to expand their eating limits. The Bulls Oysters pan fried in Swiss whisky have proven to be very popular among the established diners who have been coming here for years. Spätzle noodles, braised red cabbage and frites are solid side dishes which I would expect in this area of Europe. My dinner of pork roast rolled with plum reduction compote was tender and my husband’s rack of venison was gamey as usual but the flavor came through.

In years past, it used to be an old cow of 14 years and no longer giving milk was put to pasture. Realizing the meat shouldn’t be wasted, the “old cow” has been found to be tender when dry aged and less expensive than trendy meats, like Wagyu. Air drying produces a flavorful cut of meat and with a touch of horseradish you’ll think this $36 dinner is $100.

How I love Swiss breads, and when the bread basket arrived instead of butter, a beautiful mound of pure white rendered pork fat topped with toasted onions was served.

It’s all part of wasting nothing from the animals. The house made hot mustard, barbeque sauce and ketchup are made on premises keeping with 100% local theme and taste more lively than commercial brands. The local wines are a nice addition to the menu, including surprisingly good red and whites for this California girl wine drinker.
The “Mouth to Tail” menu is served through the end of December 2016 and then a new twist might be added to this bullish dining scene.

How To Make A Mexican Coffee Cocktail