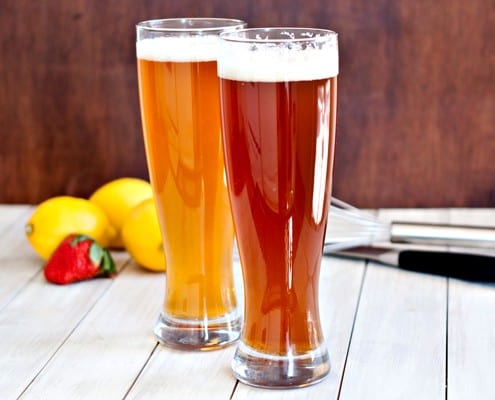 How to make Cottage Cheese or Paneer

In the past few years, American Craft Breweries have elevated the idea of beer far stereotypical images of frat parties and garage refrigerators, onto a level playing field with fine wines.
By Jackie Dodd

Craft Beer. What the majority of society once saw as no more than Poor Man’s Champagne, has recently become a growing trend amongst the Foodiest of crowds. Beer tastings, food and beer pairings, as well as growing movement of recipes using craft beer have given a strong culinary authentication to Craft Beer.

Craft beers wide array of flavors make it an idea candidate for a cooking liquid. Wine has always been seen as a “go to” liquor when cooking, but craft beer provides similar cooking properties with an even larger database of flavors. Below are some tips to aid in using craft beer in your favorite recipes.

Tips for cooking with beer:

Below is a recipe developed by The Beerones, a blog dedicated to the art of cooking and baking with craft beer.  Exploring  and celebrating the exceptional flavors of well made brews through cooking.  You can view this recipe, as well as many others featuring the use of Craft Beer in cooking and baking at http://thebeeroness.com. 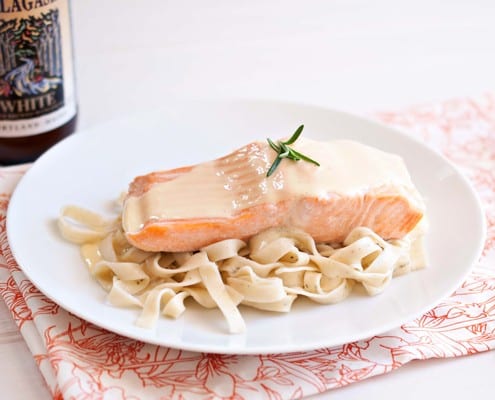 4 Salmon Fillets, about 3 oz each

Rice or pasta for serving

Place a wire rack over a rimmed baking sheet (or roasting pan). Pour one bottle of beer in the bottom of the baking sheet, making sure that the beer does not submerge the wire rack. You want at least 1/2 inch between the beer and the top of the wire rack.

Cover the baking sheet with aluminum foil, making sure to tent the foil over the salmon so that the foil does not touch the fish at all. Secure tightly, in order to trap the steam inside the foil.

Bake for 15-18 minutes or until the salmon flakes easily with a fork.

While the salmon is cooking, make the Béarnaise.

Add ½ cup of the remaining  beer, the vinegar, shallots, pepper, tarragon, chervil, and parsley to a pan over medium heat. Allow to simmer and reduce until about 2 tbs of liquid remain, about ten minutes. Pour through a fin mesh strainer to remove the solids, allow to cool.

Plate the salmon over rice or pasta, pour about ¼ cup sauce over each plate. 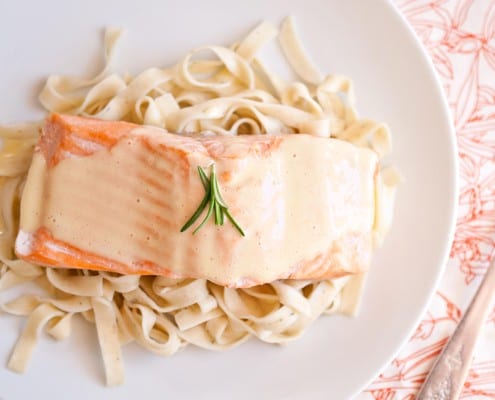