These chocolate waffles are complemented by a fluffy honey chestnut cream to bring outstanding flavor to a well rounded dessert.
By Amanda Koh 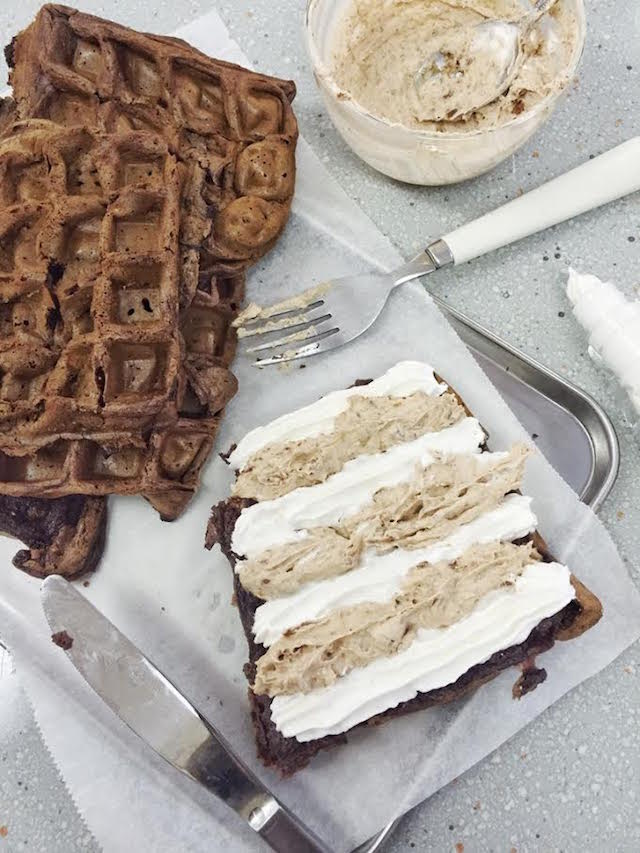 About these waffle sandwiches…I love love love how the waffles turned out. They are intensely chocolaty with a sweetness that has a touch of complexity to it, slightly dense and very moist. They could use a tad more flour to keep them from collapsing unto themselves after baking but I have absolutely no complaints whatsoever about the flavour. I’m already planning to make more.

These are so good you really don’t have to take it a step further and sandwich-fy them but the according to the way my brain assesses such situations, the next logical course of action can only be to amp the waffles up with an additional complementary flavour and drastically transform the way they are meant to be eaten while I’m at it.

I really do hope that you’ll give these a go!

Print
These chocolate waffles are complemented by a fluffy honey chestnut cream to bring outstanding flavor to this well rounded dessert.
Author: Amanda Koh
Recipe Type: Dessert
Ingredients
For the waffles:
For the chestnut cream:
Instructions
3.2.2885