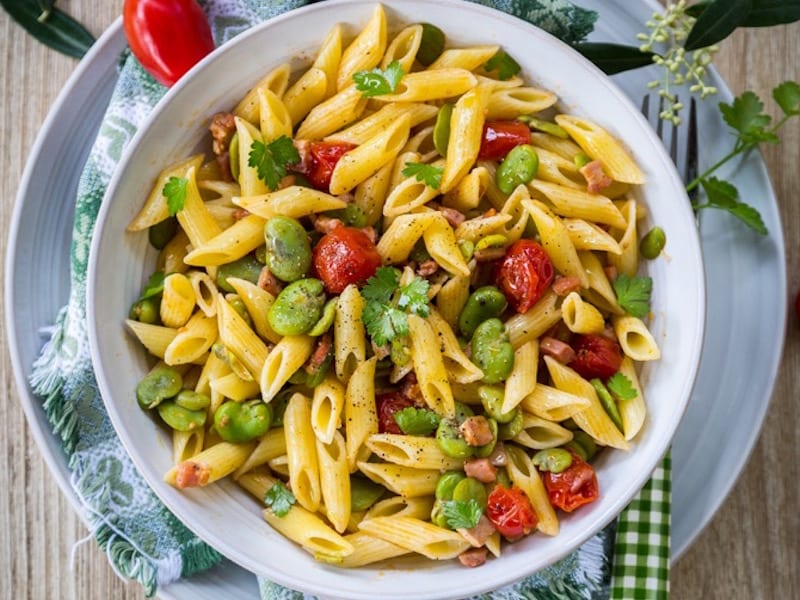 When fava beans are in season, it is only right to honor the fresh produce in a stunning pasta dish made simply with tomatoes and pancetta. 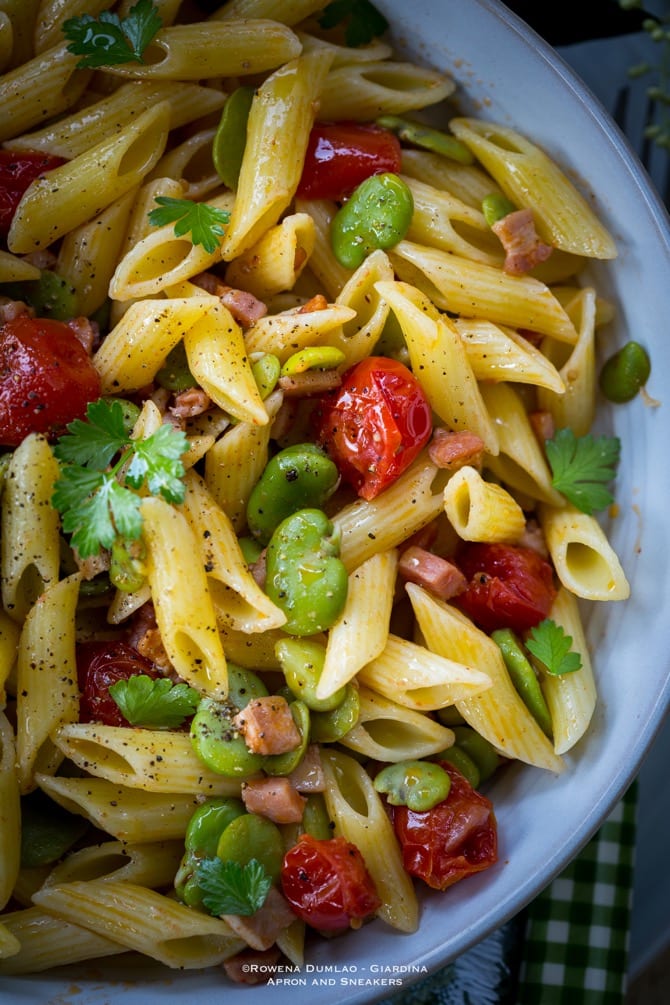 A few years ago, I never minded the work behind shelling and cooking fava beans. I could have shelled tons of them as long as my hands would allow me. You wouldn’t mind doing it either if you have the best kitchen assistant working beside you. My then toddler daughter would pull a chair beside me, shell her own little mountain of pods while she bombards me with every question she can think of, like what I say is the only thing that matters to her. 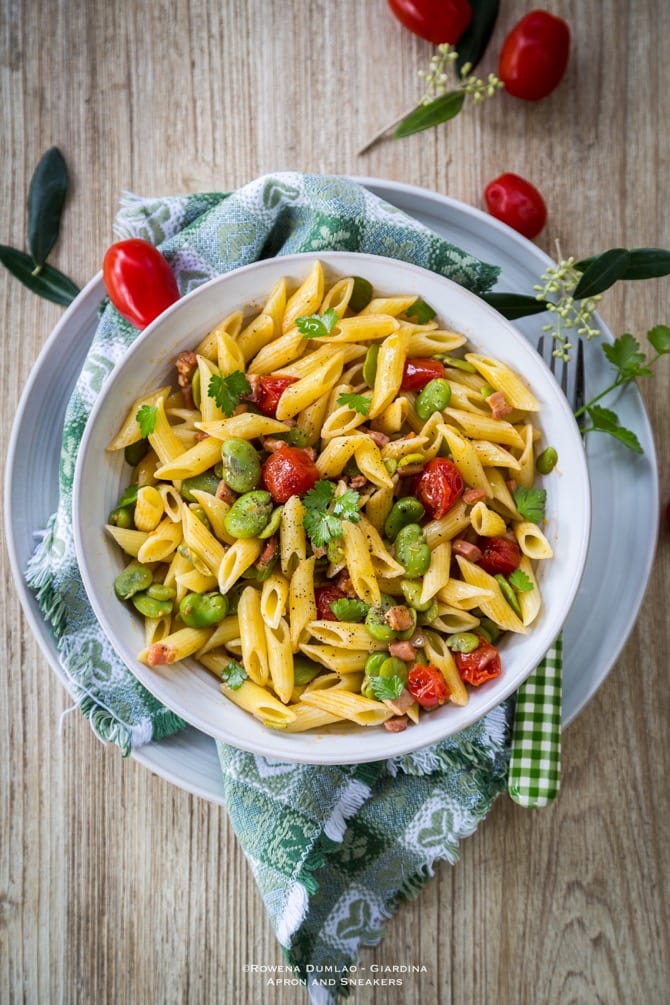 So it’s fava season again and I can’t stop myself from purchasing a big bag whenever I see them in the vegetable stalls. The season doesn’t last long so I try to make the most of them whenever they are around. The downside is that getting the beans takes a lot of work because first they have to be taken out of the pods one by one, then blanched for a couple of minutes, transferred to an ice bath then taken out of the waxy coating one by one. So if you are the one who took out those beans, they are quite precious! 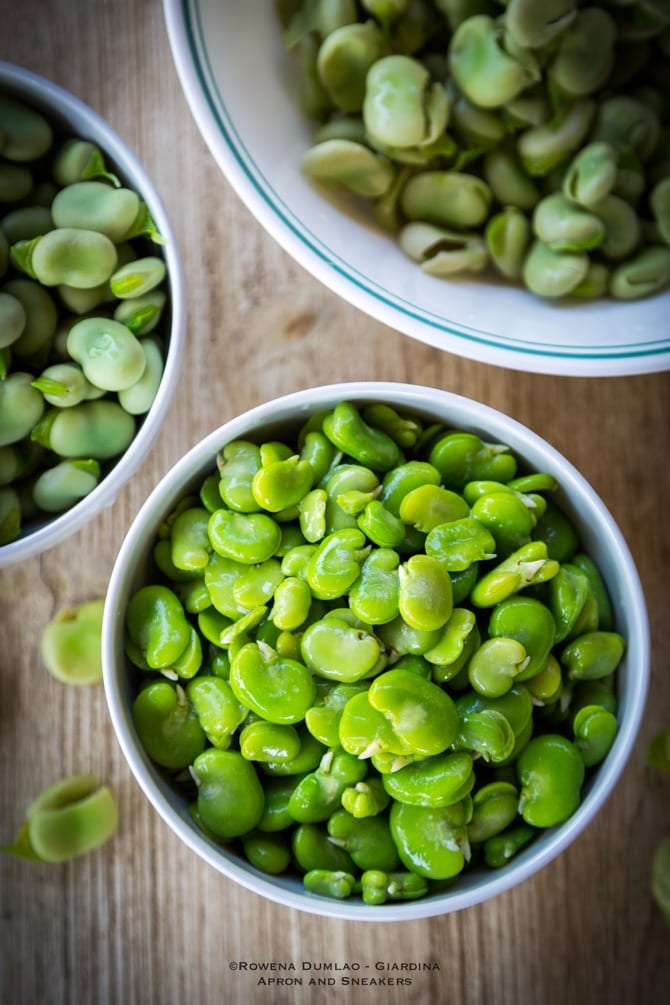 Here’s one of my favorite recipes whenever I have fresh fava beans. After going through the whole process of taking out the beans, the pasta recipe is already quick and easy. You can change the type of pasta too. I use short pasta for this because it stays better with the sauce. 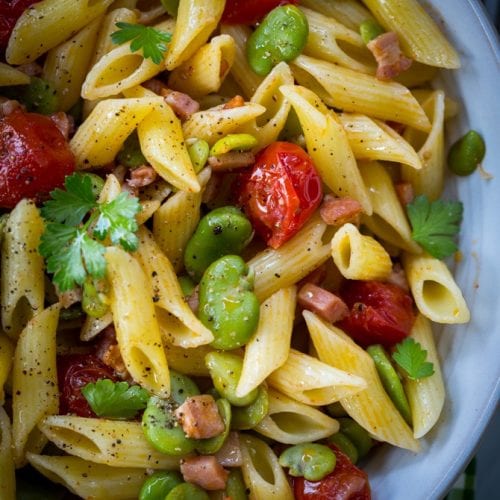