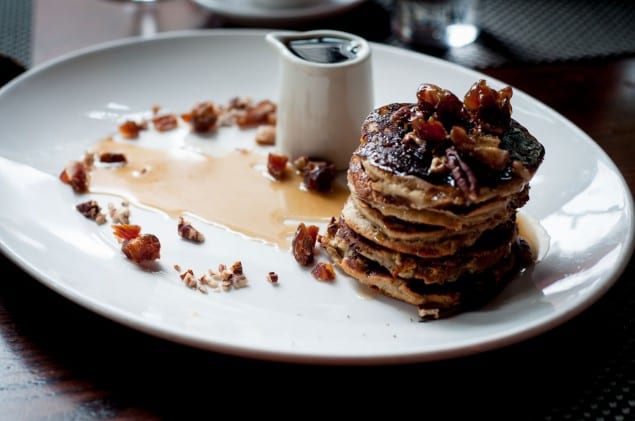 Asha is the Founder and the Creative Strategist of INK,…

Dive into the welcoming city of Boston for a delicious bite of cuisine and a multicultural experience.
By Asha Yoganandan 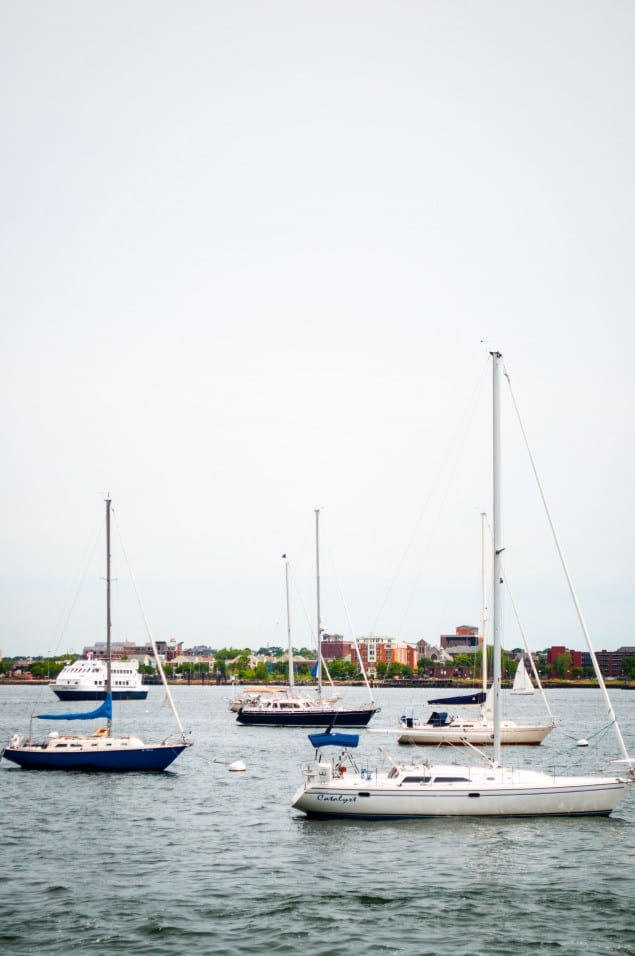 WHERE NEW YORK IS SHEER GRIT AND RAW BEAUTY, BOSTON IS SAUVE AND GRACEFUL.

Exactly ten years ago, I landed in the US. My stop, New York; the place I call home, in every sense of the word. Two months after I got here, I found myself in a new city, known to me only as a major historic landmark and to a lesser extent, a place where my cousin lived. When I first stepped off the Greyhound bus, looking a little lost, searching for my only family connection, a tenuous one at that. You see, as much as she was my closest relative, I barely knew her. Much like from the city, I didn’t know what to expect of this weekend I had signed up for in a new city with a near-stranger.

And, perhaps, it was the outperformance of that hesitant encounter that propelled my love affair for this city. Many have said that Boston is pretentious and judgmental, steeped in the snobbery of its rich history and ivy leagues. Many have said that Boston is only a small town reaching up to grandiosity by counting the age of its ivy covered walls. All I saw that first weekend, and, on several others after, was warmth and welcome.

Boston to me has always been the right mix of city and town. It has an abundance of culture, fun things to do, music, and pretty much everything that any large city would have. Yet, it is small in geography (compared to NYC) and wears its multitude of options with a certain aplomb that I see can inspire envy.

Back then, despite my 20+ earthly existence, I was a boring, nerdy and gangly teenager at heart, slowly coming out of a repressed shell of a claustrophobic Asian society. Even so, I found an acceptance in Boston and despite my inexperience was in awe of all that this city had to offer from its rich multiethnic student fabric to the music to the coveted upper classness that runs as an undercurrent to the city. 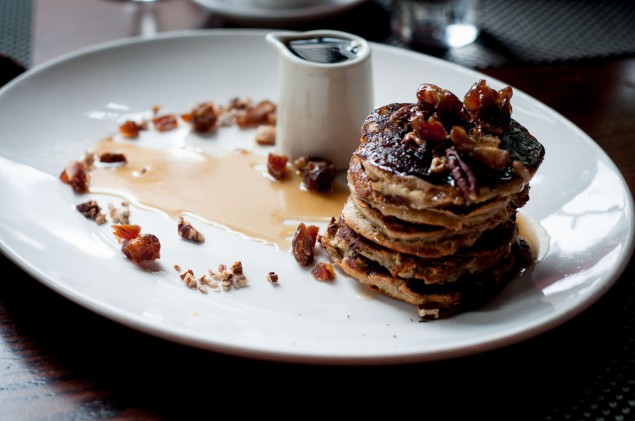 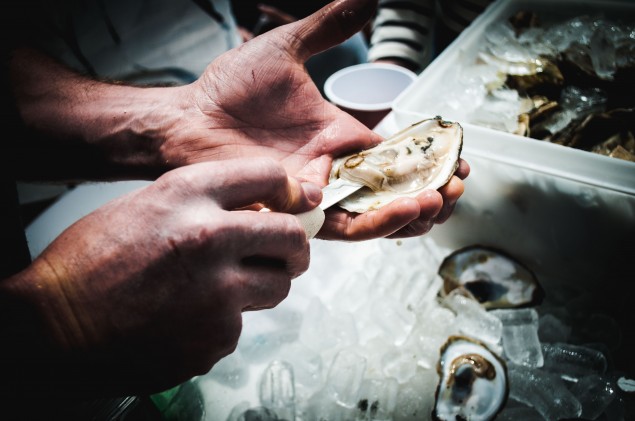 My cousin since moved to other parts of the country and world and in her absence I felt little calling to the place. That is, until, I revisited this strangely familiar city a few months back; As a grown up, with a fully developed psyche and with adult tastes in life. A metamorphosed version of that 10 years ago me, that was fully adapted with the luxuries and experiences of a very Western culture.

That is to say, I knew how and where to take pleasure from life – food, alcohol and company.

And, seen through that haze of a life well led, Boston came anew in the pleasures she offered. Those childish pursuits of watching the city by getting lost in finding a place (my cousin was prone to erroneous navigation and it was probably the best way to see a city!) was simply that. In my new worldier view, the city offered so many more delights that neither the adolescent personality nor wallet would have appreciated.

Over a weekend, I reacquainted myself with what I loved about this city, the coziness of a small city, the youth of its populace lending vibrant energy, the air redolent with history, the gorgeous architecture. And, there were the new experiences. The smells of amazing food, the visual orgy of creative plating, the nuanced notes of fine liquors, the riot of fabulousness that Boston today offers; those were the flavors of my rekindled love for this city. And, reigning amongst them all was the absolutely novel experience of have a freshly caught Sea Bass crudo on the deck and briny oysters shucked on board by brilliant chefs. Imagine the joy of slurping sea-seasoned nubile oysters sucked with ecstasy and shells tossed into the ocean whence they came from! A particular joy afforded by the waters of Boston harbor, one that I would shudder attempting on the Hudson or East rivers! 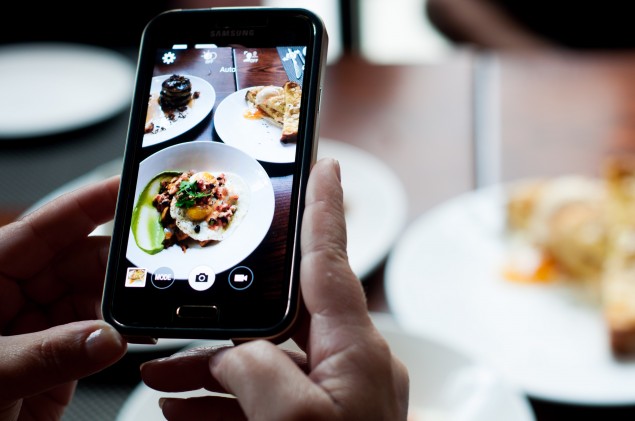 Rebelle: A Touch Of Paris On The Bowery, NYC

In the end, it was a whirlwind of gorgeous steaks, grass fed and loving raised for slaughter in a Californian farm, wines that bloomed on the nose and the palate handpicked with the precsion of a newly minted Master Som, an array of pretty petit fours and sweets from a very talented pastry chef and a sinfully fulfilling Sunday brunch, before Amtrak thumped me back into the reality of dirty subways and the grit and rawness of life…! :)

Grill 23 & Bar: Steak, steak, ribeye! And, give yourself up to Brahm exquisite nose on the wines!

Harvest by Harvard: A beautiful outdoor patio but not to miss here are Chef Brian Mercury’s whimsical and earnest pastry creations! I would recommend relaxing with some drinks and sugar here!

For your adrenaline: Thinking Cup and Pavement Coffeehouse

Asha is the Founder and the Creative Strategist of INK, a digital marketing consultancy focused on food and leisure clients. A key social influencer, she has a reach of over 400K across digital platforms. She edits and publishes NOURISHED magazine, a seasonal and quarterly food magazine with international distribution. She writes an acclaimed blog, Fork Spoon Knife, on food and culinary travel related topics. She pens for and has been featured in The Daily Meal, Redbook Magazine, Spenser Magazine, Huffington Post, Good Food Jobs, Food 52, Mashable among others.

Perfect Party Bites on a Skewer