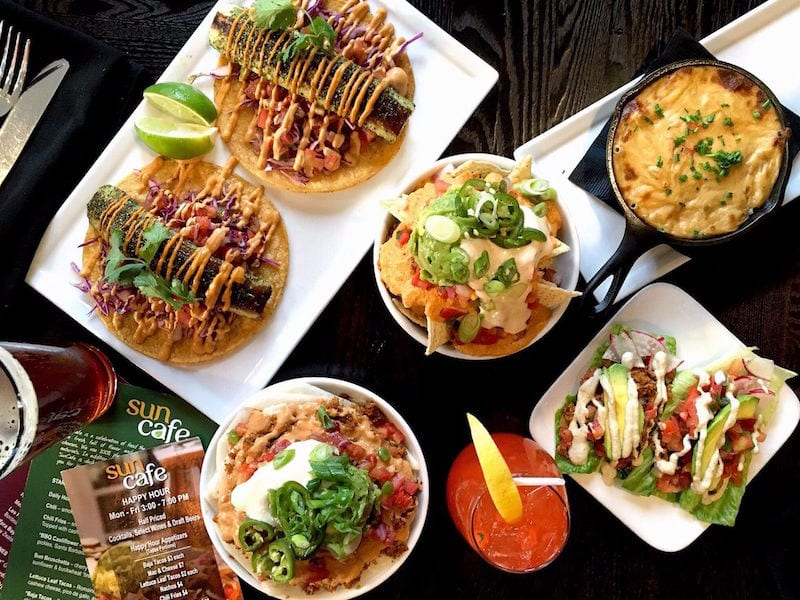 Words by Belinda Gosbee
Happy Hour—music to almost anyone’s ears, except of course for our sober or vegan friends. “What?” I hear you say. “Isn’t all booze vegan?! It’s just fermented grapes and grains?” Au contraire, my friend. Not all are animal-free.

So what’s a vegan to do? Miss out on 5 p.m. fiestas? Sit in the corner sipping cold brew while the omnivores munch on wings and knock back $5 Moscow Mules?

Thankfully, Los Angeles has a somewhat-off-the-radar penchant for vegan happy hours. Tim reveals where to find them and what to order, snacks included. Your only issue will be deciding between the Juniper Kaletini or Hibiscus Margarita. 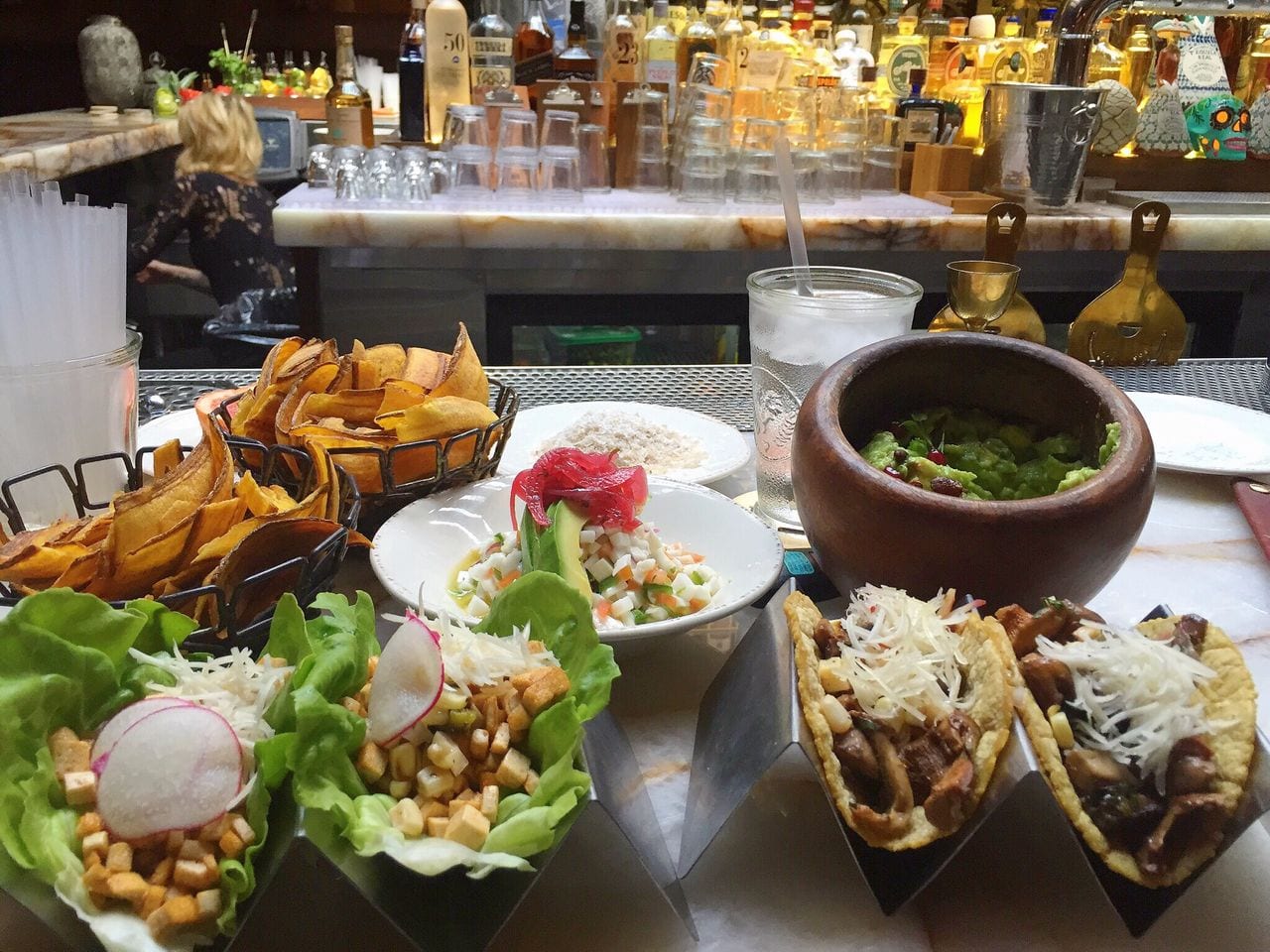 VFK: If you like attractive people, hip interiors and vegan tacos, then Toca Madera might be your spot. Get in right at 5 p.m., get a seat at the bar and be sure to tell them you’re vegan—they’ll pull out their separate super secret vegan menu. The Happy Hour options are cool, but I suggest adding in their signature Churro Ice Cream Sandwich (because, Churro Ice Cream Sandwich).
Stand outs: The La Bonita cocktail & Soyrizo Asada Tacos 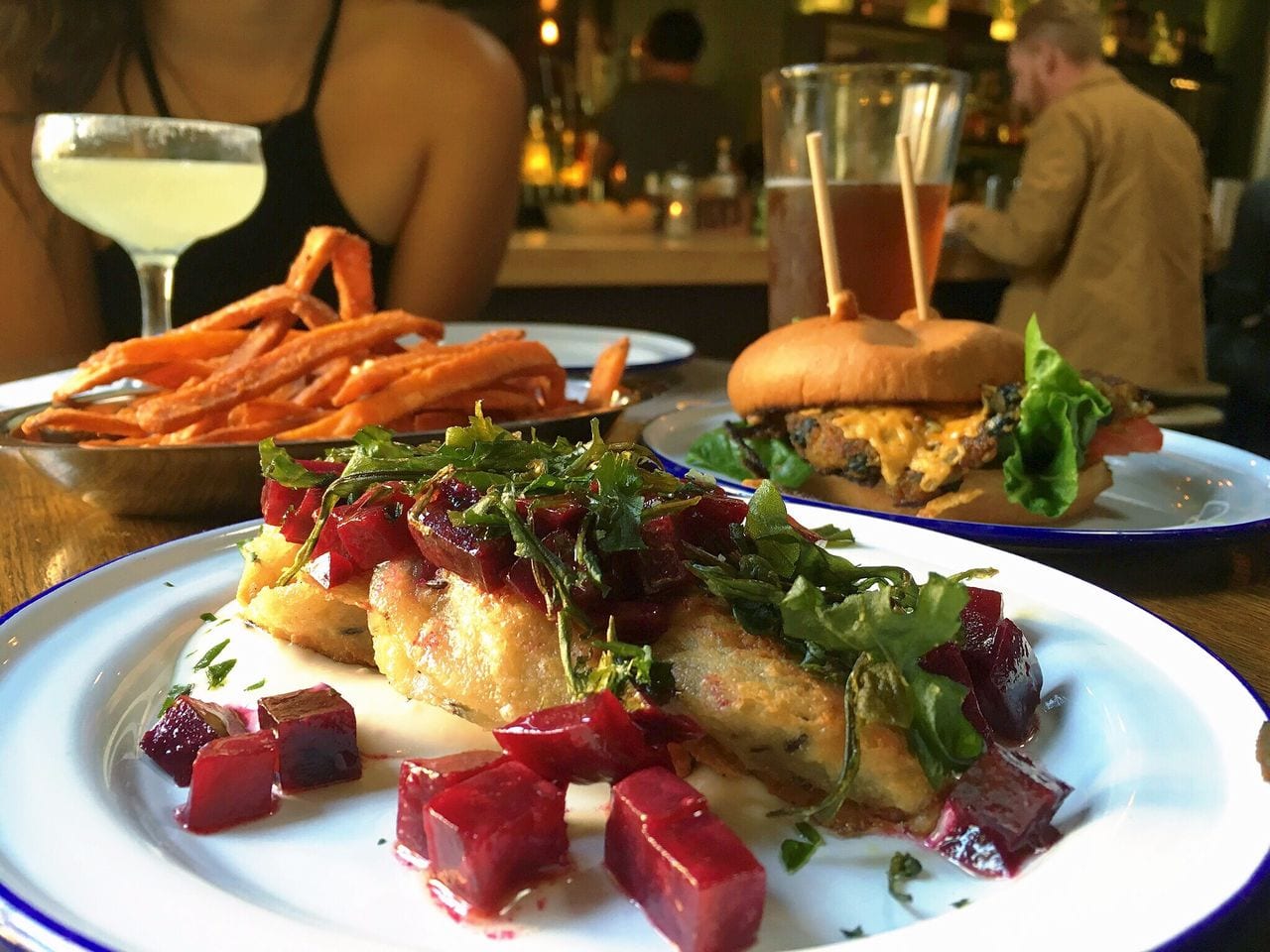 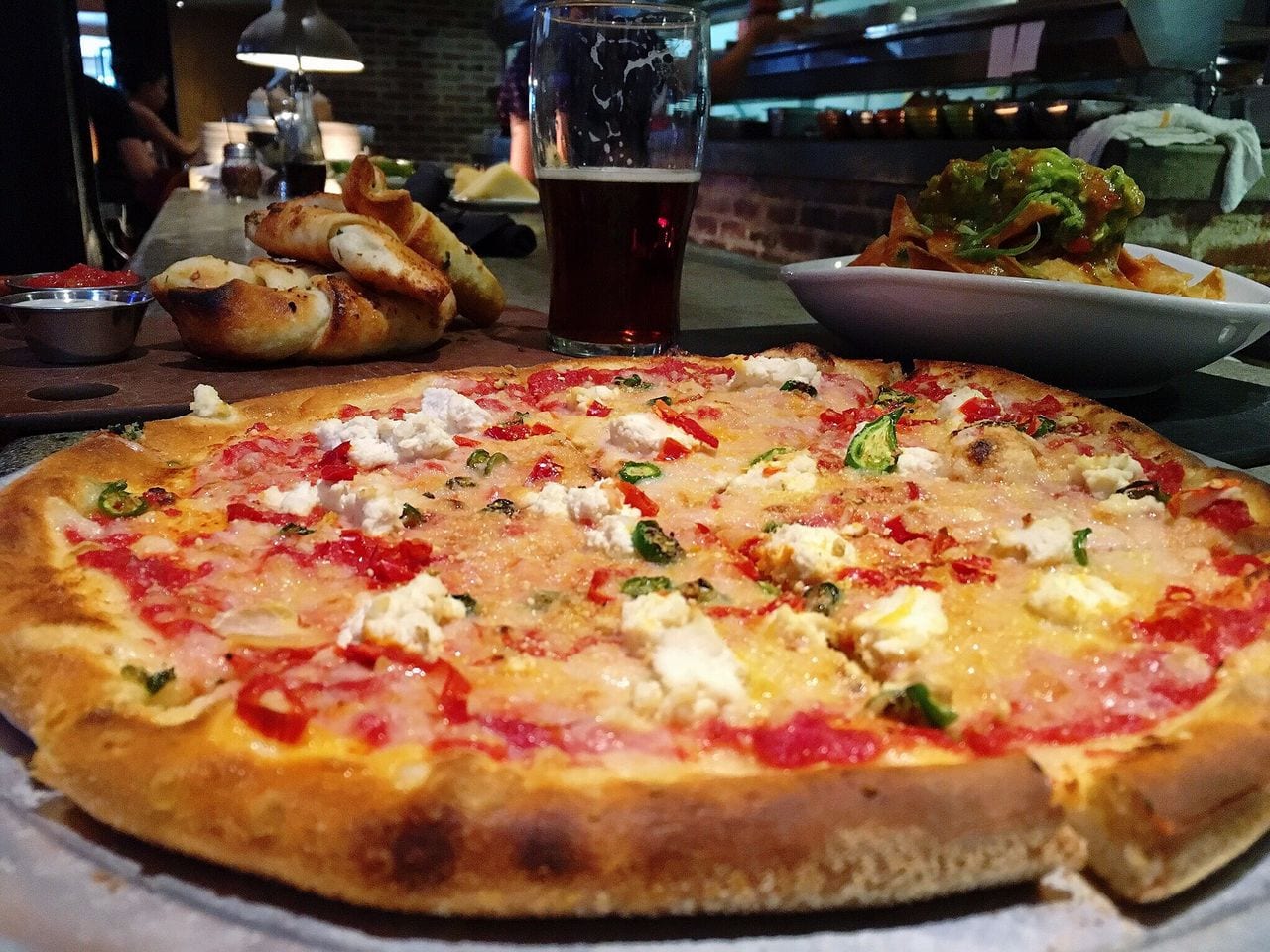 VFK: If pizza is your after work go-to, then I’ve got you covered. Not only does Mohawk Bend boast the biggest vegan Happy Hour menu of the bunch, but they offer you a Late Night one too! For all you insomniacs and party animals this is your spot! Pizza, beer, garlic twists and dessert they even have TVs to catch the big game.
Stand outs: Whiskey Business & Garlic and Herb Pizza Dough Twists