Get the flavors of the Pacific Northwest in this classic clam chowder.
By Kelsey Hilts 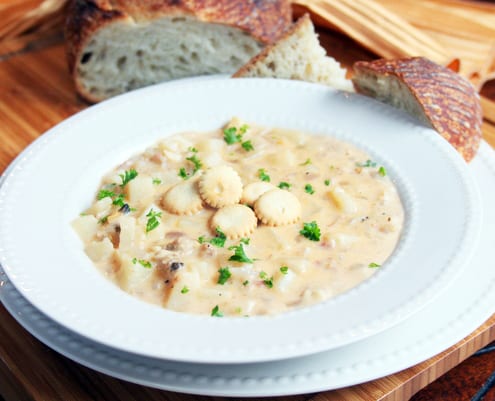