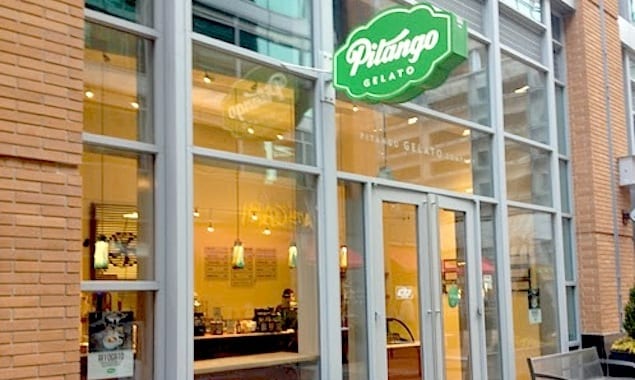 Lime and Agave Watermelon with Cayenne

Coffee and gelato go hand in hand. Recently this concept has become more familiar in the US. Discover the decadence and sweet fairs of Pitango’s gelato and espresso.
By Bill Walsh 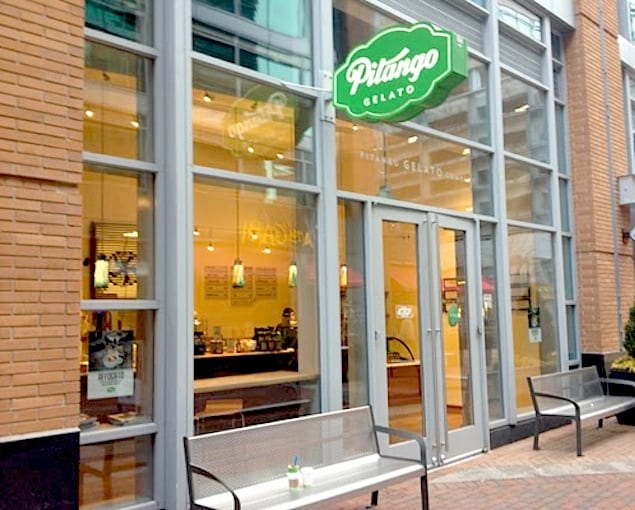 The concept of gelato + espresso seems to be a concept so familiar yet still so rarely done well together. Back in 2008, the concept of gelato was building steam and for many shop owners, adding espresso seemed to be a further nod to the Italian tradition. Today, it still seems a decent amount of such shops offer both coffee and gelato but sadly, the coffee side of said businesses are usually an afterthought, a facet that was given some financial and cranial investment, but usually much less than the vastly stronger gelato arm of the enterprise.

But lo and behold there do exist a few great outfits that give the same excellent level of craft to their gelato as they do to their coffee. My most recent encounter was with the mighty fine Pitango Gelato, with locations in DC, Baltimore and Reston, the latter being the shop I located on my route. Located in an upscale suburban shopping plaza where finding free parking was as challenging as downtown DC, the shop sat between streets on a lovely avenue of brick. Inside, the space is clean (both in hygiene and design), with lofty ceilings, lots of wood tones and a delightful minimalism with just the right amount of color to make it seem homey.

After conversing with the barista, I decided to initially stick to coffee, all of which hales from Counter Culture. I ordered an espresso of the Toscana and a pourover of the Burundi Buziragihindwa. The espresso, pulled short with brown crema, rolled out notes of lemon, chocolate, fresh salted pretzel, a little rosemary and simple syrup, making for a delicious pull. The pourover similarly rocked, with super sweet flavors of Honey Nut Cheerios, sweet pear, raspberry and heavy cream, all rolled into a light body.

On a non-coffee note, I did purchase some gelato after having coffee, both flavors screaming in decadence and flavor. Additionally, while I did not consume it, my friend ordered an affogato that he dubbed one of the best culinary treats he has ever consumed (I can only verify that it looked great).

Thus, I can honestly say that while there now exist plenty of places that one can pick up a gelato and an espresso throughout the eastern seaboard, there are precious few I will seek out. I strongly encourage a visit to one of Pitango’s 5 locations for a sweet sampling of their delicious wares.