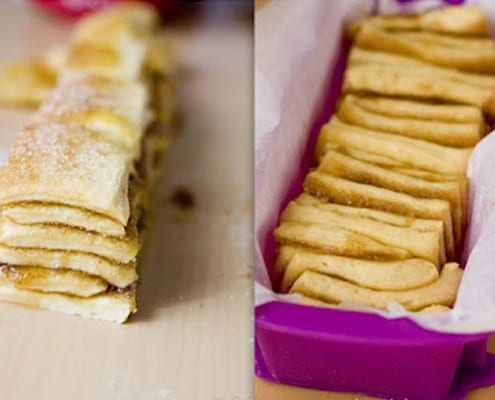 There’s nothing like cinnamon sugar pull-apart bread on a cold morning. Plus it’s fun to make.
By Tamara Novacoviç 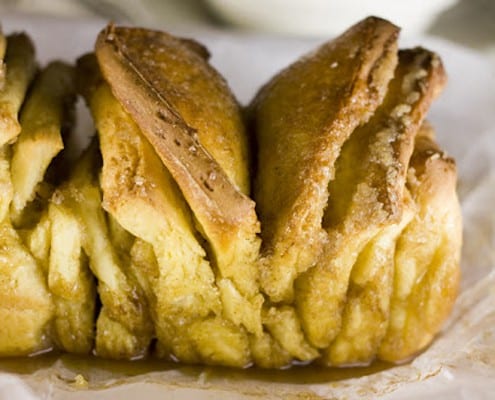 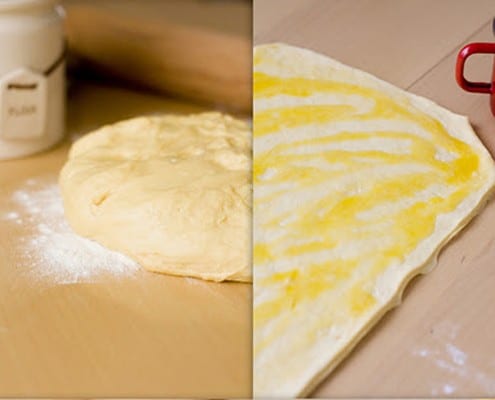 step by step: roll out dough, brush with melted butter
Besides the fact that it’s fun to make, this bread is soooo good! Cinnamon, sugar and butter melt as the bread bakes and create caramel layer on the bottom. 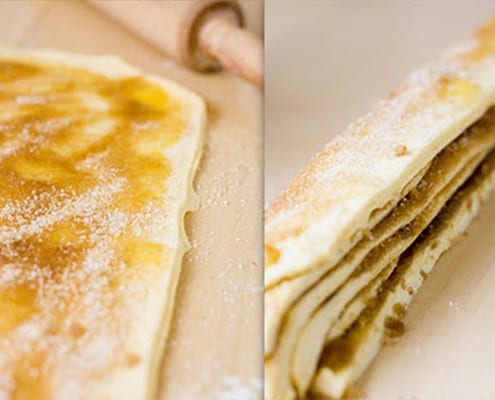 sprinkle with cinnamon sugar, slice vertically into strips
It’s best when it’s warm, although I’m sure you won’t be able to keep your fingers off the hot bread. You will want to pull apart those soft flavorful layers and won’t be able to stop yourself :)

Stack the strips on top of one another and slice once again. Layer them in the loaf pan like a flip-book
Since we are smothered in snow this week (almost entire Europe), there’s been a lot of bread baking in homes. The roads cannot be cleaned since the snow doesn’t stop falling and driving your car is almost mission impossible.  Some schools have been cancelled throughout Croatia and people cannot go to work in certain areas.  Besides that, it’ s really cold, Siberian cold. In my town entire river is frozen! So, what better way to keep yourself warm then with this sweet goodness!
Recipe adapted from Joy the Baker.
Cinnamon sugar pull-apart bread