Cozy up to fall with this cinnamon infused simple syrup for those comforting dessert recipes you will be making. 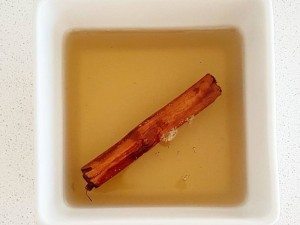 A great simple syrup infused with cinnamon. This syrup is used in my Anzac Tart . It would also be great served over other puddings or even just over plain vanilla ice cream.