Give tacos a touch of Indian flair with a chicken tikka masala filling topped with cool yogurt sauce and served in a flatbread.
By Kathleen Kiebler 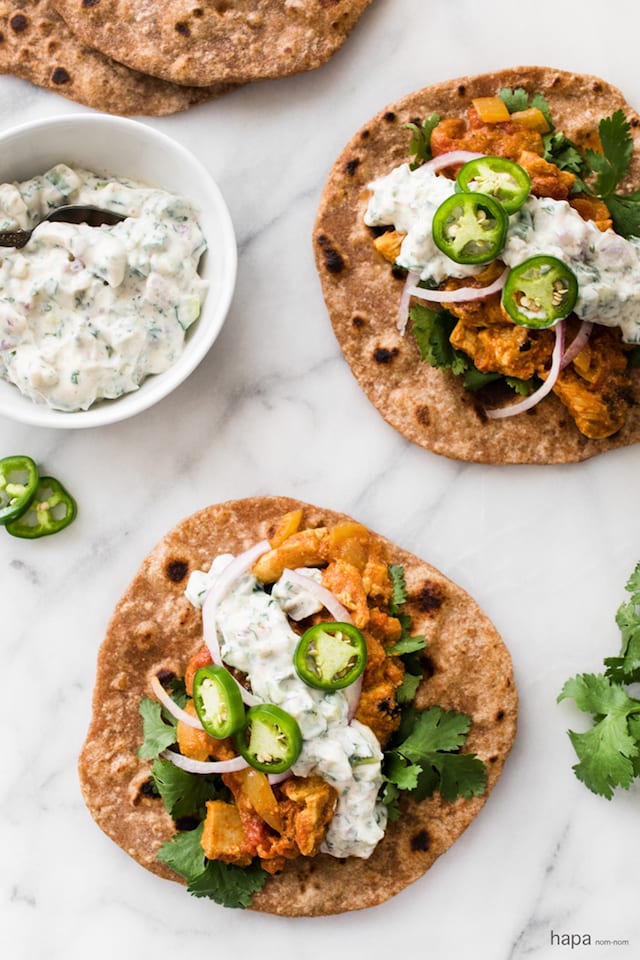 Trying to keep the dish balanced with some more Indian flavors, I topped the tacos with Raita – a cool yogurt sauce, this condiment pairs beautifully with bold and/or spicy flavors. As far as the vehicle to carry all of this incredible flavor, I chose chapati- a flat unleavened bread that when cooked properly, puffs up over heat and then flattens back out as it cools. It takes a little practice so don’t worry if it doesn’t quite puff like it should, it will still taste great! If however, making your own chapati is not in your cards, no worries! Simply use tortillas, or an alternative pliable flatbread such as lavash (most major grocery stores will carry this). 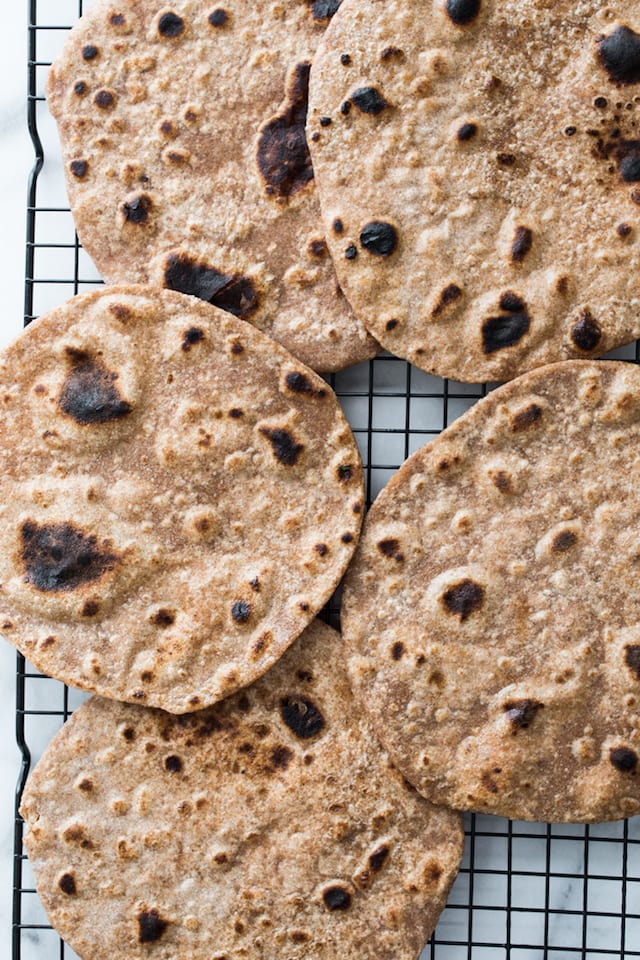 You obviously don’t have to wait until you have leftovers to make this dish, so if you make it all at once I would suggest preparing the chapati before you start making the Chicken Tikka Masala, as the dough will need to rest for 30 minutes before you can roll it out. By the time the you’ve completed cooking the chicken, the chapati will be ready roll and cook on the stovetop.

Print
Give tacos a touch of Indian flair with a chicken tikka masala filling topped with cool yogurt sauce and served in a flatbread.
Author: Kathleen Kiebler
Recipe Type: Main
Cuisine: Indian-Mexican Fusion
Serves: 6 tacos
Ingredients
Chicken Tikka Masala: Click the link above for the recipe
Raita: (you can make this the night before if you like)
Chapati:*
Toppings:
Instructions
Notes
I think the Chapati adds a nice element to the dish, but if you would prefer, you can use corn or flour tortillas en lieu of making the Chapati.
3.2.2885

0
Kathleen Kiebler December 1, 2015
No Comments Yet