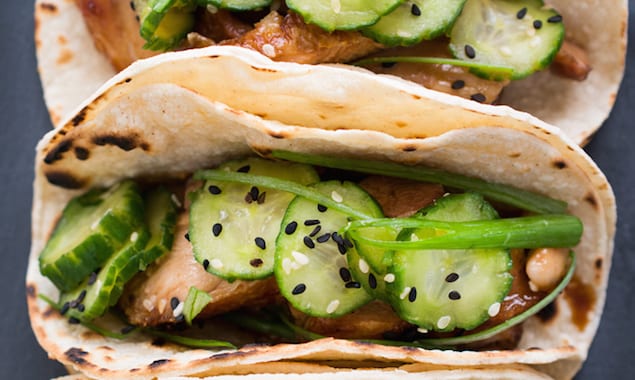 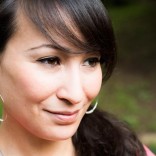 A cool, crunchy Japanese cucumber salad is the perfect topping to a rich, glazed chicken teriyaki taco.
By Kathleen Kiebler 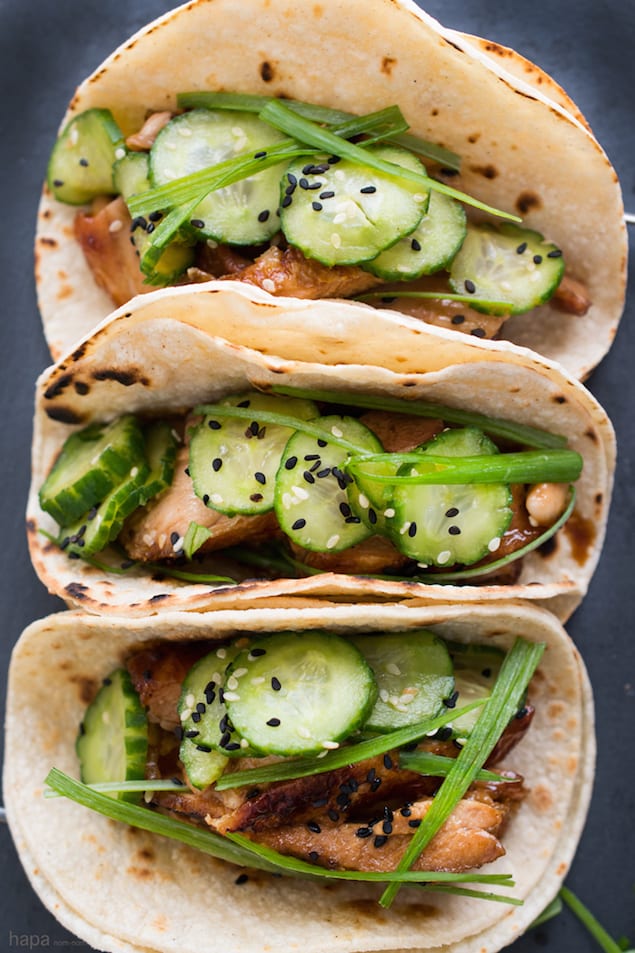 I don’t know what it is about chicken teriyaki – it’s such a simple dish to prepare, but so often I’m served bland, overcooked strips of chicken in a thin teriyaki sauce. The madness must stop! So I thought I would create a just the way I like it.

Rather than marinating the chicken, I find it’s more efficient and flavorful to create a rich, thick glaze to go over the cooked chicken. And the best part is, the chicken and the sauce is made all in the same pan! 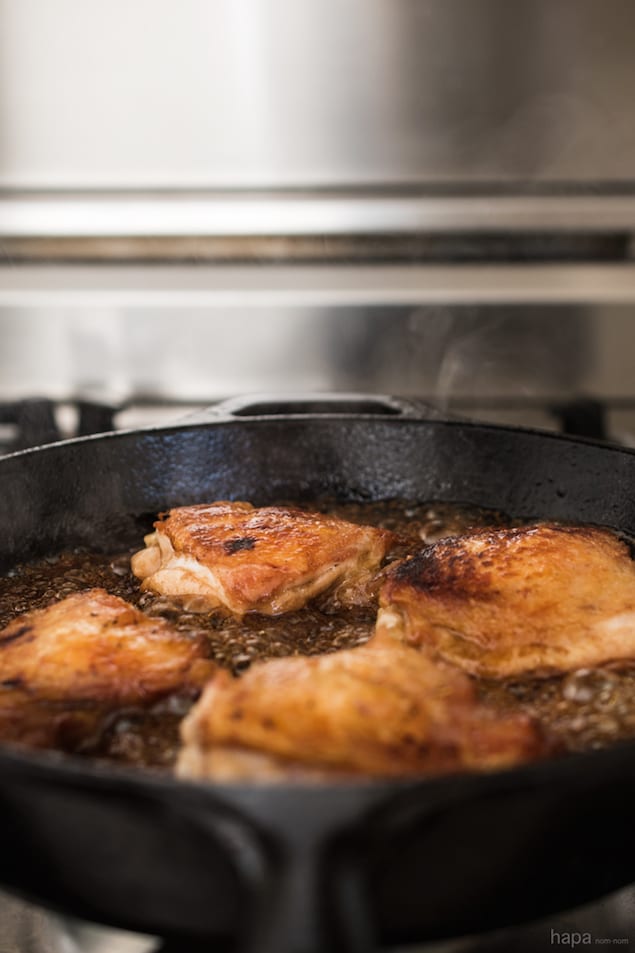 So let’s talk a little bit about the cucumber salad. It’s the perfect tangy compliment to the rich and savory chicken teriyaki. This particular Japanese Cucumber Salad is a recipe adapted from my grandmother and a dish that I’ve enjoyed eating since I was a kid.

Cucumbers are mostly made up of water, which we’ll want to remove by salting. When we salt vegetables, we’re drawing out the moisture through the process of osmosis. We do this for several reasons; we want to remove the excess moisture so it does not dilute the sauce or dressing, causing the veggies to swim in a pool of flavorless liquid. Likewise, it changes the texture of the vegetable – making it more pliable and less crisp. 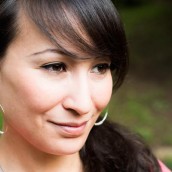 Hi there, I’m Kathleen. I am a Hapa (a person of mixed ethnic heritage) who grew up in a family that loves to cook and loves to eat! My food is a reflection of me and I am a reflection of my food. My mixed background has given me multiple perspectives throughout my life. Those perspectives have left me open to not just exploring the beauty of my own cultural backgrounds, but others as well – and at the heart and soul of them, is food. Hapa Nom Nom creates a culinary environment where foods from multiple cultures are integrated into recipes that can be shared and enjoyed by everyone.