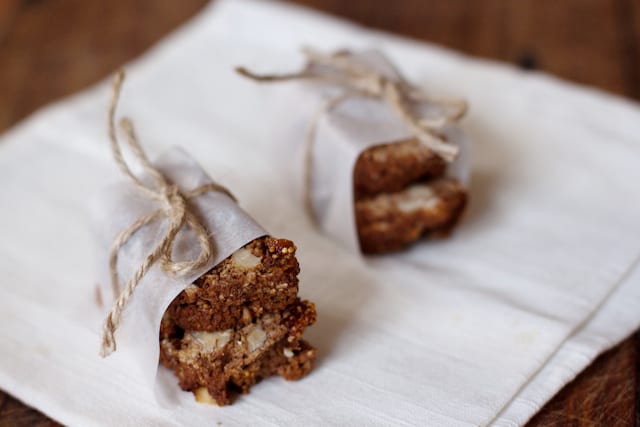 Emiko Davies serves up a batch of chestnut biscotti that would be perfect as a New Year party gift.
By Emiko Davies 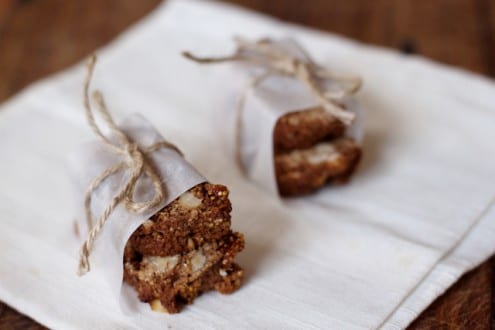 Chestnut flour has a low GI and also naturally has a sweet tendency, so it is perfect if you happen to need something to keep you going in the afternoon but can’t eat much sugar.

Instead of the regular white sugar, I used mostly honey and some raw sugar for this recipe. The key to any biscotti recipe of course is the double-cooking (biscotti literally means “twice cooked”): the first as a loaf, which then gets sliced while still warm, then the slices are put back in the oven to crisp up and harden, making them perfect for dipping into a warm drink.