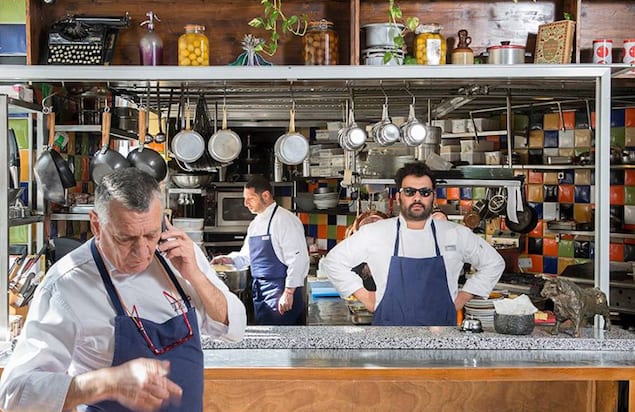 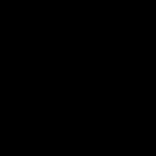 Three chefs put aside their egos to collaborate and create one of Israel’s, and the world’s, best restaurants.
By Janice Nieder 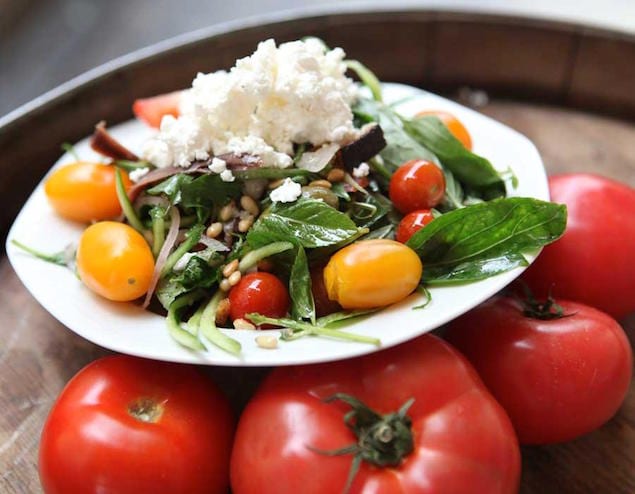 All Images Courtesy of Machneyuda

In the United States it isn’t uncommon for star chefs to have egos the size of Texas, so it’s pretty hard to imagine three of them working together as a team. From the moment Machneyuda opened in 2009, the chefs not only accomplished their goal of serving seasonal, market-fresh cuisine, but their restaurant has also become one of the hottest tickets in town. After a delicious lunch of “Doritos sashimi” followed by “I’d like to be under the sea, in an octopus garden with you” (I kid you not—this is straight from their menu), I waylaid Chef Uri Navon who generously took the time to answer my questions. 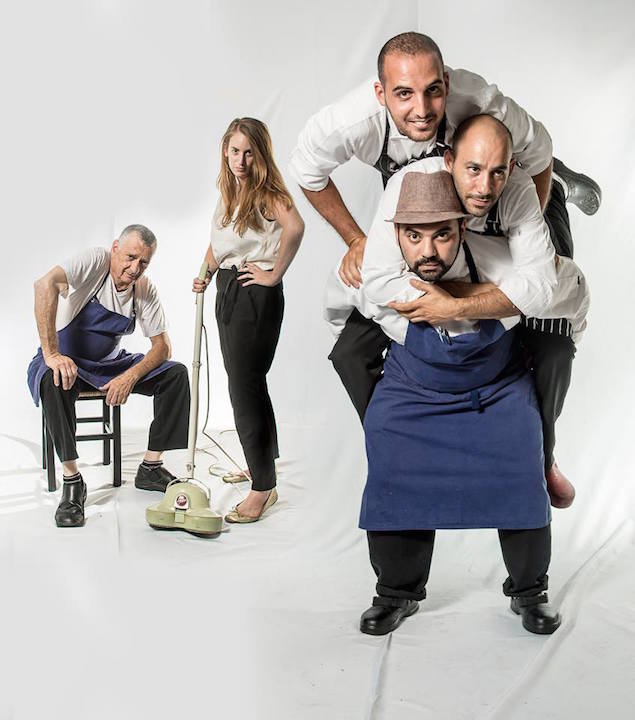 Who or what inspired you to become a chef?

Uri Navon: I use to cook [ever] since I [can] remember. While [seeking] a degree in photography, I stumbled on the chef of a cooking school. Basically, that was the end of photography.

What was the first thing you cooked?

UN: Probably a pancake when I was a child returning from school. 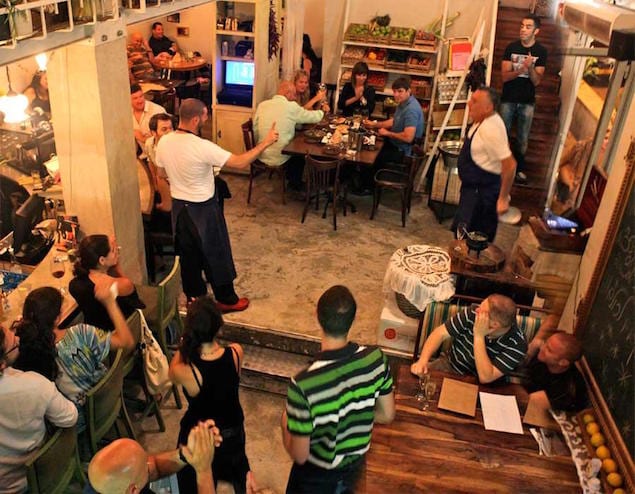 Who is your culinary hero?

UN: My hero is my mom. She is a brilliant cook, although she never did it professionally. She has an amazing palate. She knows by instinct what will be a good ingredient mix and what won’t work together.

Is there an ingredient or food trend in Israel that you really can’t stand?

UN: I like everything, but I have to say that green peppers are my least favorite of all. 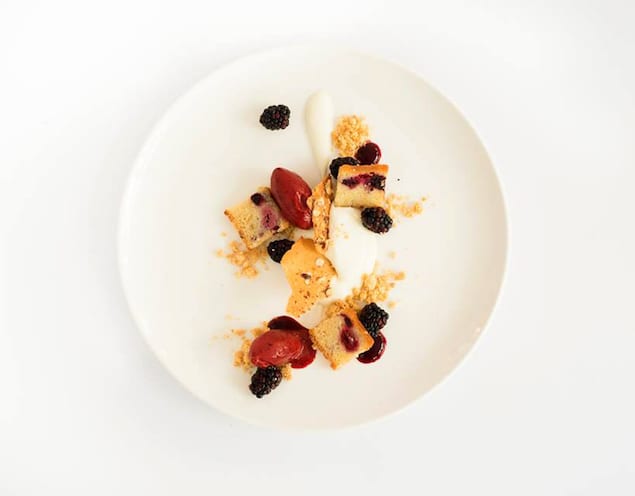 What are you trying to do differently from other chefs?

UN: The difference, in my opinion, is that we understand the customer experience is rounded and whole. It doesn’t start or finish in the plated food they get, regardless of how complex or full of inspiration it is. From the second they call to reserve a seat to the minute they exit through the restaurant door, it should reflect the same DNA as the food [on] the plate.

How would you describe your food?

UN: My food is a modern day interpretation for Mediterranean cuisine overall and Jerusalem in a more narrow perspective. It is the melting core of our ethnic origins and culinary heritages, along with many international influences.

How important is Farm (or Kibbutz) to Table cooking at Machneyuda?

UN: Farming is very important to me as a chef, as I believe in the connection between [cuisine], geography and [the] usage of local produce. Unfortunately, Kibbutz isn’t the agriculture authority it once was, since small farms and private growers fill that part today in Israel.

How is it being part of a cooking trio? How do you solve differences of opinions?

UN: A cooking trio is never simple, but as a chef who has line-cook education and instincts, you learn as you go. At the beginning we had some arguments but we learned to put our egos aside, to concentrate on our advantages, to trust each other’s choices and judgment, and to improve our communication. That’s the real key for getting along.

What is your proudest culinary moment?

Who are some famous people who have eaten at Machneyuda?

What is something most people don’t know about you?

UN: That I make pottery and ceramics.

Other than Machneyuda, what other local restaurants do you like?

UN: In Jerusalem I like Fortuna […], but Pescado in Ashdod (about an hour away) may be the best in Israel.

I heard a rumor about you starting a food truck? True or false?

UN: Two years ago we had a food truck running all over Jerusalem, for a month and a half. It was crazy and fantastic. We created a menu along with famous local icons, authors, singers, politicians, chefs, culture figures and designers, and all of them are from Jerusalem. Maybe we’ll do that again sometime. 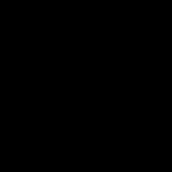