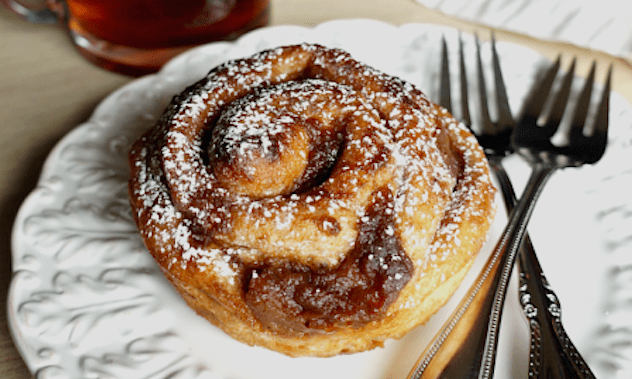 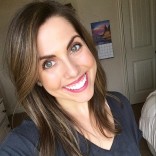 Hi! My name is Valentina and I am The Baking…

A great use for ripe and ready pears, these cinnamon rolls are made with almond milk and chai tea for warm flavors that everyone loves in the morning.
By Valentina Celant 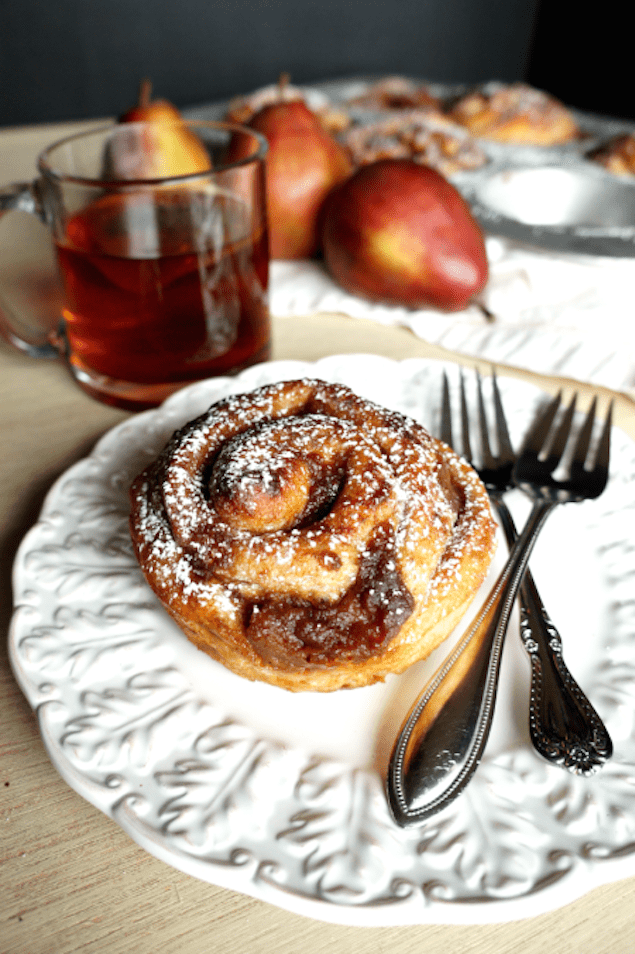 Today, I am sharing with you some utterly delicious {vegan} cinnamon rolls, with the yummy addition of chai and pears. I know pears are maybe not the first thing you think of when you think of spring, but I seriously love them all year long. I bought a big bag of them earlier this week, and they all inexplicably ripened AT THE SAME TIME. So imagine me, sitting in my kitchen, with literally 7 ripe pears about to go bad. What’s a girl to do? Well, put them in cinnamon rolls, of course. 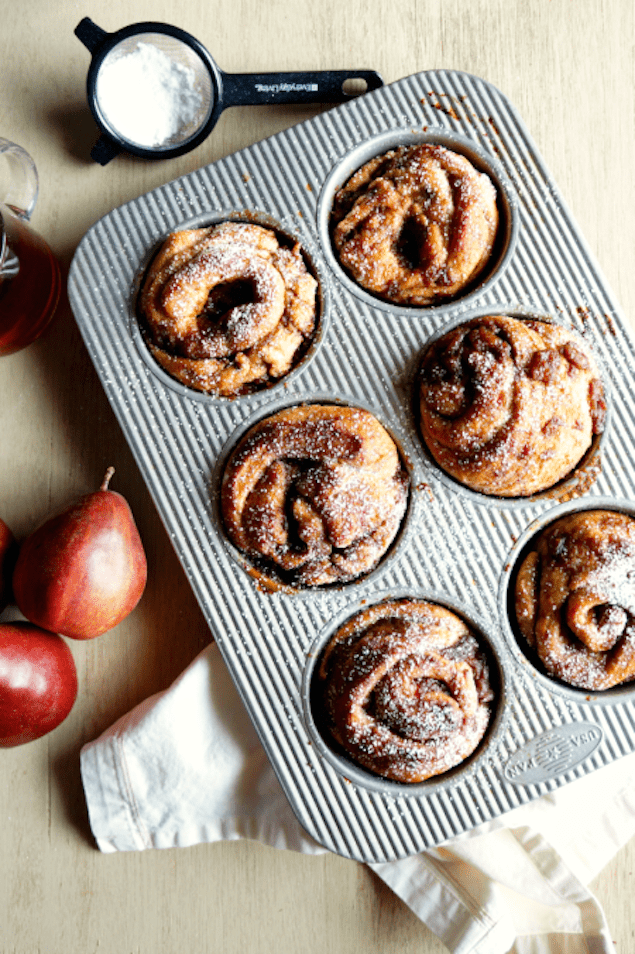 As usual, I wanted to make a treat that I could share with my vegan bestie, if not for the sole purpose that I knew that otherwise, I was gonna eat all of these in one sitting. Imagine my surprise when I realized I didn’t even need to search for a new cinnamon roll dough recipe for these… all I had to do was switch dairy milk for almond milk in my trusty sweet roll recipe and I was done! Who said vegan food was hard, again? 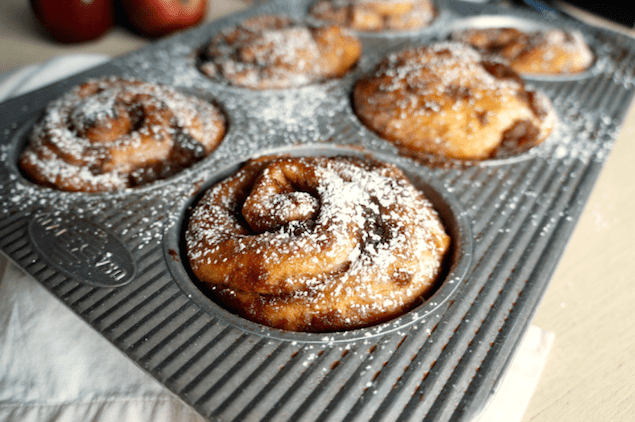 Honestly, the hardest part of this recipe was figuring out how to incorporate the chai flavor without having to buy or make a mix of chai spices. I don’t own any, and I know most people don’t either, so I had to get creative! I decided to brew a 1/2 cup of really, really strong chai tea, and use it to simmer and caramelize the pears in. While the pears were cooking, I actually ended up adding another bag of chai tea to the mixture to add an extra oomph and oh man, I am so glad I did! These are definitely cinnamon rolls, without a doubt, but the chai adds a warm, spiced and smoky note that is addicting and delicious.

This recipe is easy and versatile, and I have used this same dough for every single cinnamon roll variation on this blog. From berries & chocolate to lemon & white chocolate to s’mores to nutella… all you need is one recipe.

Print
A great use for ripe and ready pears, these cinnamon rolls are made with almond milk and chai tea for warm flavors that everyone loves in the morning.
Author: Valentina Celant
Recipe Type: Baking, Breakfast
Serves: 12 giant rolls
Ingredients
*for the rolls*
*for the filling*
Instructions
3.2.2885 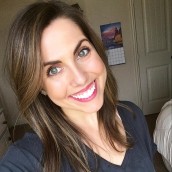 Hi! My name is Valentina and I am The Baking Fairy! I'm a 20-something university student studying for PA school and moonlighting as a food blogger. I cook, I bake, I craft, I nanny, and I blog about it all! My style of cooking is college-budget gourmet... with an occasional wedding cake. The way to my heart is paved in glitter and chocolate.