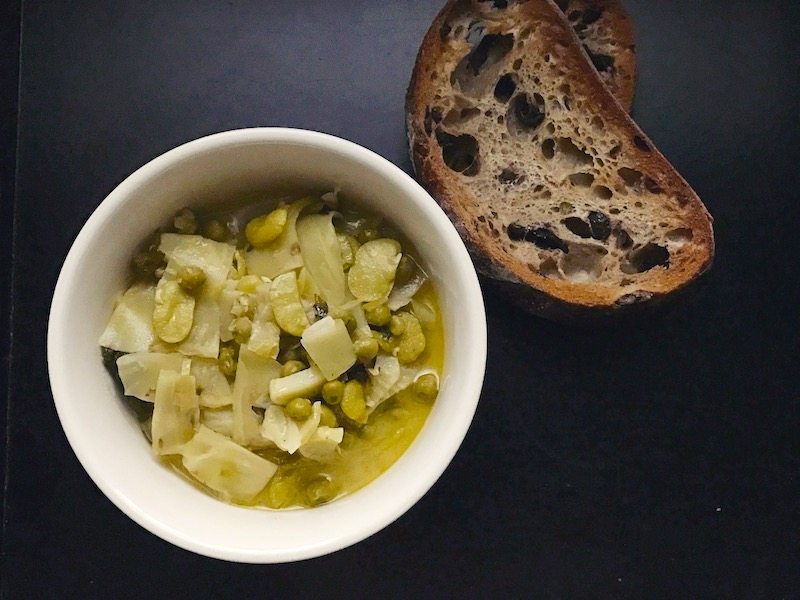 How to Make the Perfect Picnic Charcuterie Board

Discover the often unfamiliar knobby celtuce root and learn how to use it in a vignarola-style spring vegetable braise. 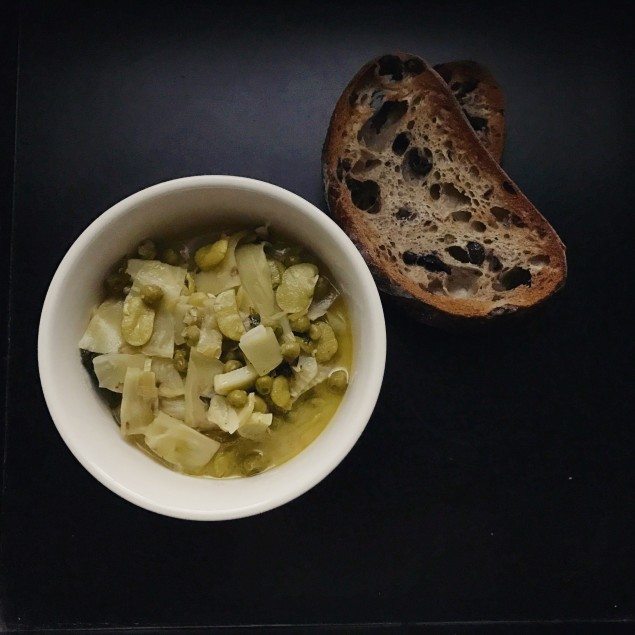 Spring is a spectacular parade of all my favorite ingredients. From fava beans to fiddleheads, gourmet chicories to garlic scapes, greens literally burst forth from the markets. It’s also a wonderful seson to to discover new friends, including the ugly-but-intriguing celtuce.

For those who are unfamiliar, celtuce is most often spotted on asian menus, perhaps in some form of stir fry. Even in New York, I had only crossed it once, but given my affection for celeriac, I couldn’t resist grabbing a couple of these knobby-roots-having-a-bad-hair-day.

Trim off the rough exterior, and the texture is akin to a crisp, tender broccoli stem. The flavor is subtle, a mix of lettuce, celery and a touch of hazelnut. Sauteed or braised, it holds its crispness nicely, gaining a translucence that actually looks rather elegant. 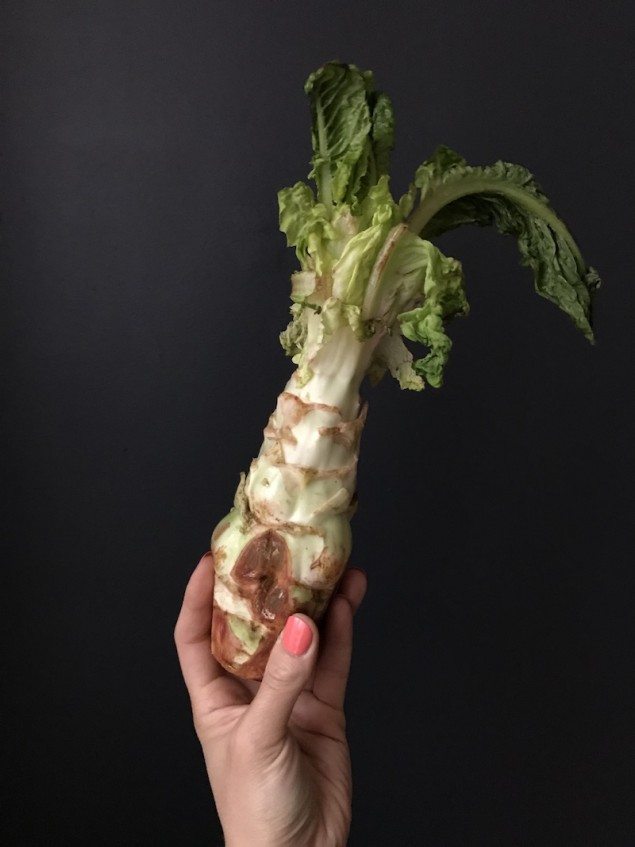 Of course, as is the case with most odd veg, there aren’t many celtuce recipes on the internet. But the few article that do exist suggest either raw or stir-fry preparations, and I thought I would attempt something akin to pan-fried. As it so happened, I had also spent the previous evening shelling fava beans, and the limited recipe searches on that end yielded an intriguing option: vignarola.

Traditionally, a braise of artichokes, peas and fava beans with crispy bits of pancetta, vignarola is quintessential Roman spring at its finest. The problem being, of course, that the mise en place for both fresh artichokes and favas is a massive labor of love, and all the moreso when a recipe requires both. Since I’m less patient than the average nonna, I decided celtuce would make a solid understudy for finicky artichokes.

Flavor-wise, it was certainly a gamble, but the structural integrity of the celtuce held up beautifully against the favas and peas. With no pancetta at hand, I started the recipe with a frozen puck of schmaltz (or improvised schmaltz really – just the drippings from a recently roasted chicken). After sauteeing down the celtuce therein, I deglazed the pan with white wine, added in the favas, peas and some white pepper, and braised them, slowly, over low heat for about an hour. The wine I chose was not particularly acidic, so I added a bit of sherry vinegar to round things out. Then I added some umami by grating in a block of mystery cheese somewhere on the manchego-to-parmesan spectrum, because why not. And what do you know…it was really fantastic. It was beautifully green—pale olive, in fact—and captured all the things I love about Italian home cooking. With a little salt, a little fat and some intuition, whatever mishmash is in your pantry can truly turn into a masterpiece. 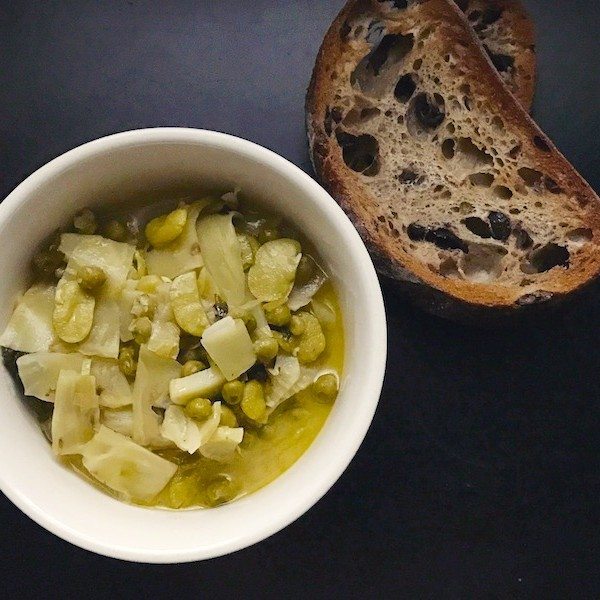 How to Make the Perfect Picnic Charcuterie Board