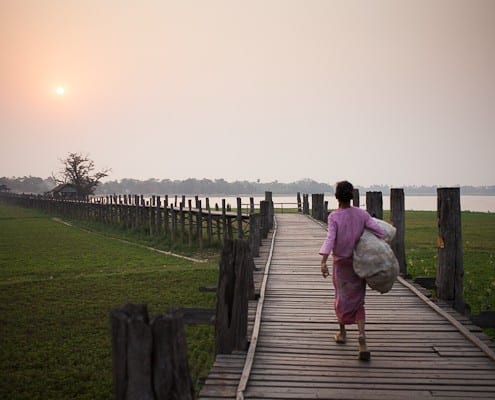 Testing the Ekobrew – a K-cup With Konscience

Mark Twain once said “Part of the secret of success in life is to eat what you like and let the food fight it out inside. ”.  I used this as my philosophy for choosing where to eat on a recent trip to Burma; as long as there were local people eating there and the smell was making my mouth water then I indulged without consideration of hygiene and unwanted side effects.

My first stop was Nilar’s Biryani, situated on a bustling side street in the centre of Yangon.  A small army of waiters surrounded my table to take my order and within minutes I was presented with a plate of fragrant rice and a crisp chicken leg served with a motley collection of side dishes: whole green chillies, tangy lime pickle, Thai style dried shrimp flakes and (bizarrely) a bowl of fish stock. The biryani itself was both satisfying and authentic (the flavours were almost identical to my mum’s version) but the accompaniments were oddly South East Asian in their influence and didn’t entirely complement the dish.  For $5 a person, however, this was definitely worth a visit and the fresh pineapple juice was a revitalizing palate cleanser.

Nearby, next to Chinatown is 19th street.  Every evening the road is pedestrianized and the restaurants that line the street expand onto the road to create a festival atmosphere.  Each stall offers a different selection of meat, fish, seafood and vegetables; you simply choose what you would like to eat and then it is cooked and served with cold draught beer.  The cuts of meat were Chinese in style; pork balls and ribs, chicken skin (the rest of the chicken was nowhere to be found) and mutton kebabs but the seasoning was unfamiliar. There was an abundance of spice and a generous dollop of fish sauce but curiously no chilli.  As interesting as the meaty tidbits were it was the vegetables that I really enjoyed; skewers of okra, garlic, asparagus, broccoli and mushrooms all coated in a garlicky spice mix and then char-grilled.  My taste buds were stumped; it looked like Chinese food but tasted like… what? Thai?  Indian? Korean? I gave up trying to work it out and concentrated on eating.  If people served vegetables like this at barbecues in the UK I would never have fallen off the vegan bandwagon.

Sightseeing in Yangon requires a certain amount of concentration given the deep holes in the pavements, the busy roads and the need to avoid the ubiquitous betel nut spittle on the pavement.  Ignoring my mum’s warnings about likely stomach upsets, I kept both my hydration and blood glucose levels high with regular stops for sugar cane juice.  At $0.50 a glass it is a bargain and the vendors can be found on street corners throughout the city.  It was a shame that they didn’t add ginger and lime as they would in India but still the sweet nectar was a refreshing treat. For the same price, other stalls sold bags of pre-prepared pineapples and unripe sour mangos served with paprika. I had been hoping for Indian style seasoning of chilli and salt but nonetheless my taste buds were tickled.

On arrival in Mandalay I came across a street vendor selling mont linmayar  – mini rice flour pancakes cooked with a variety of optional fillings such as quail egg, yellow peas, tomatoes and spring onions. The name translates to “husband and wife” as just before serving, two of the mini pancakes are placed together to become one just like a loving couple.  They were served in bags of 10 pairs with a shovel full of sesame powder for $1 and created a fabulous gooey taste explosion as we bit into the crisp shells.

Possibly the most interesting dish I tasted was lahpet thoke; a salad of pickled green tea leaves served with roasted peanuts, sesame seeds, garlic, chopped green chillies, tomatoes and a lime and fish sauce dressing.  The combination of intense, sour flavours and the caffeine hit make this a popular student dish but resulted in a night of lost sleep for me.

A popular Burmese saying translates to “Of all the fruit, the mango’s the best; of all the meat, the pork’s the best; and of all the leaves lahpet’s the best”.  After my brief visit I have to concede that as far as Burmese food goes the expression is probably accurate.

With Burma’s location between China, India and Thailand I had been hoping for a synergistic fusion of the three cuisines. The lack of chilli and the excessive oiliness of much of the food meant that it didn’t live up to my high expectations.

That said, if you want the excitement of sampling a completely alien cuisine then Burma is a great destination.

The Most Iconic Street Foods from Around the World