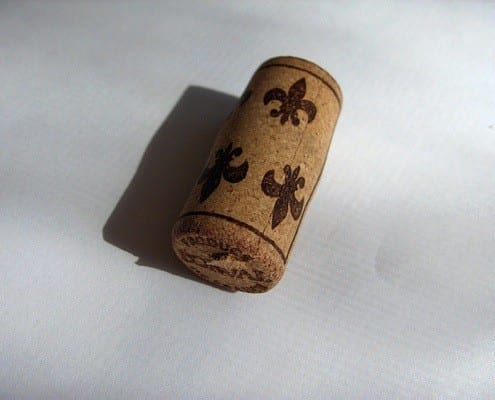 Snooth.com with six outstanding and generally affordable French wines that deliver remarkable value by being the best of their class.
By Gregory Dal Piaz

We’re back, this time picking up were we left off and continuing the countdown of my bucket list wines. It would be easy to say that the sky’s the limit, but I’ve chosen to remain somewhat reasonable in my picks. Financially reasonable, that is. I think I’ll save the really outrageously expensive wines for their own separate bucket list. Today, we’ll take a look at the wines of France.

With so many wines to choose from, it’s hard to narrow down the field to six outstanding and generally affordable wines to represent the broad spectrum that France produces. While these are more expensive wines, they still deliver remarkable value by being the best of their class. These are wines that need to be tasted to be believed, so grab some of your best buds, pool your dough and splurge for a bucket list wine party. You will not regret it!

Here, then, are some of France’s most fabulous and affordable wines. How many have you had?

I might as well get this out of the way as quickly as possible. Yes, Bordeaux is stupidly expensive and many of the wines don’t really excite me as much as they once did, but there are still a few Chateaux that produce iconic wines. La Mission Haut-Brion is one of them.

This is first growth Bordeaux, classically styled with an expressive core of black currant fruit, wrapped in cigar wrapper tobacco notes and dusted with crushed gravel. Still austerely styled, it’s what Bordeaux used to be. By that I mean elegantly styled and long lived.

Since I’m getting the big boys out of the way the next target to hit is Burgundy, another region overpopulated with expensive under-performers. Burgundy has a system of classifying vineyards instead of producers, so you can get Grand Cru wines from the same vineyard, produced by both the competent and the incompetent. This is just one reason why Burgundy is referred to as a minefield.

Another issue is the whole classification of vineyards as Grand Cru and Premier Cru. The system has proven to the palates that matter to not be quite as accurate as one might like. So what does a wine lover do when trying to get the biggest bang for his or her buck? Find the best producers and try their Premier Cru vineyards that produce Grand Cru fruit, that’s what!

Drouhin Chambolle Musigny Les Amoureuses is one of those wines, and while it’s not cheap, it proves that there are Grand Cru wines and there are grand cru wines, and then there are Premier Cru wines of Grand Cru quality. Elegant, deep and pure with what wine writers love to call ‘finesse,’ this is Burgundy that is just about as good as Burgundy gets. Shop carefully and you can find the 2006, 2007 or 2008 for right around $200 a bottle. My money is on the 2008 if you’re going to cellar it, but the 2006 is already delicious.

Cornas is probably not every one’s cup of tea, but Allemand Cornas seems like the right wine to follow Drouhin Amoureuses. Just like that wine defines what Pinot Noir can do in Burgundy, Allemand Cornas defines the heights to which Syrah of purity, finesse and verve in the Rhone can climb.

A relatively new producer with wines that are becoming pricey with each passing year, Allemand creates wines that tend not to conform to the popular conception of Cornas being rustic and tannic. Instead, what one experiences when one pops an Allemand cork is perfume, nuance and suppleness, but not without superb inner tension. For whatever reason, they tend to remind me of Catwoman, and not some new cartoonish version but the original Julie Newmar cartoonish version: smart, snappy, sexy, beautiful and nimble in a skin-tight black outfit. Meow!

These wines (there are two bottlings) remain affordable in the sense that $100 or so is not terribly expensive for a region’s benchmark wine. 2009 wines are coming to market now and I would not hesitate to try some. That goes equally for 2008.

If you thought Allemand was a bit obscure, at least his wines are immediately accessible and easy to appreciate. Edmond Vatan, and his daughter Anne since 2008, have made a career of producing challenging wines in Sancerre from both Sauvignon Blanc and occasionally minute quantities of Pinot Noir. Here I focus on their white.

These are wines born from the famous chalky soils of the region, and they deliver that chalk on the palate. Chiseled, incredibly pure and well defined, they slice across the palate almost painfully in their youth, but with age they begin to reveal their inner beauty. The beauty tends to remain just that, something innate and tightly coiled. These wines are like diamonds, they are not remarkable by themselves; light, in the case of diamonds, is necessary to appreciate the beauty.

In the case of Vatan’s wines, what you need is to pay attention and to let the wine age for half a decade or more. Then, you will be rewarded with intense perfumes and an explosion of weightless intensity on the palate. These wines are notoriously difficult to find after release, so scoop up any 2009s or 2010s you might be able to find. $70 may seem like a lot for Sauvignon Blanc, but not this Sauvignon Blanc.

Since we’re in the Loire Valley we might as well take a look at Cabernet Franc as well. Some of you might ask why I’m suggesting two wines from the Loire Valley, of all places. While Burgundy and Bordeaux are almost household names, at least in our households, the Loire is still a bit under the radar for most people and as such the prices for benchmark wines remain reasonable, so on the bucket list they go.

Clos Rougeard is a producer of Cabernet Franc in the Saumur region of the Loire Valley, a region mostly overlooked by even the keenest wine enthusiast. That is good for us because it leaves most of their wines for us, even if they are edging close to $100 a bottle. Clos Rougeard is another producer whose wines tend to disappear into collectors’ cellars, so you’ll need to buy these on release.

The top of the line bottling, Le Bourg, has moved into the realm of absurd pricing, but Rougeard’s second single vineyard, Les Poyeux, is still within reach. As is the domain’s village bottling of Saumur-Champigny. What do you get for your money? Simply the greatest expression of Cabernet Franc one can imagine; powerful yet sleek, packed with fruit that nearly overpowers the often off-putting herbal element and soil tones of Loire Valley Cabernet Franc but that appears here as nuanced detail in a silky blanket of dark yet fresh fruit. Just go and buy the 2007s!

To close I’m taking things off track a bit and heading over to Alsace to pick a Riesling, of all things. When’s the last time you thought of Riesling when someone spoke of the greatest wines of France? Man, am I gonna get grief for not including some Chardonnay here. But we’ve all had great French Chardonnay, haven’t we? This Riesling on the other hand is a revelation!

Trimbach Clos Ste. Hune is a dry Riesling that comes from old vines growing on limestone soil. It’s not surprising to find that the wines tends to be racy and mineral-flecked in youth, but the real treat here comes with age. About 10-12 years after the vintage is a good rule of thumb if you want to experience a Clos Ste. Hune at peak.

At peak, Clos Ste. Hune reveals a veritable smorgasbord of fruit, tropical notes of pineapple and guava, citrus lime and blood orange elements, all layered over intense dried orchard fruit flavors. But this is still bone dry and with rapier like acidity. It sets a benchmark for Alsatian Riesling and carries the price tag to prove it. Of the currently available vintages, 2002 is the one to grab, for around $180 a bottle that is.