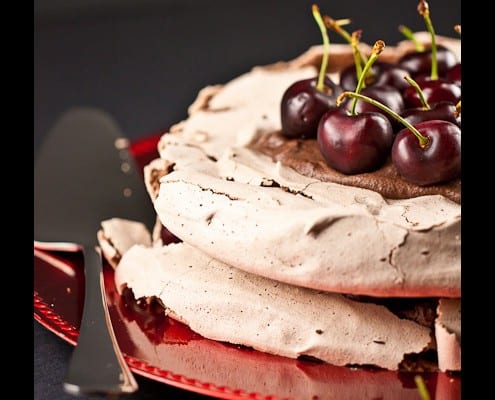 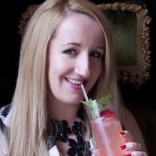 Jennifer Donoghue is a passionate foodie from Brisbane, Australia and…

Pavlova, it’s the quintessential Australian sweet (or New Zealand depending on who you ask).  The Pavlova was created to celebrate the Australian and New Zealand tour of Russian ballet dancer Anna Pavlova.  While both Australians and New Zealander’s claim it as their own, one thing is for certain, it’s considered a national dessert in Australia.  Whilst it is similar in appearance to a Meringue, the difference lies inside the Pavlova, which is soft and marshmallowy, compared to that of a meringue.  The soft and marshmallowy interior is achieved through the addition of cornflour (corn starch).

Pavlova’s come in all shapes and sizes, but commonly they are served with fruit and cream.  For my Black Forest Pavlova I decided to head down the dark path and use chocolate, both in the pavlova and sandwiched between the layers of pavlova by way of a chocolate cream. 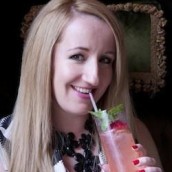 Jennifer Donoghue is a passionate foodie from Brisbane, Australia and author of her food blog Delicieux. She's a vegetarian who aims to prove that vegetarian food is not merely the domain of tofu loving hippies. Her vices are salted caramel, champagne, and collecting cookbooks.