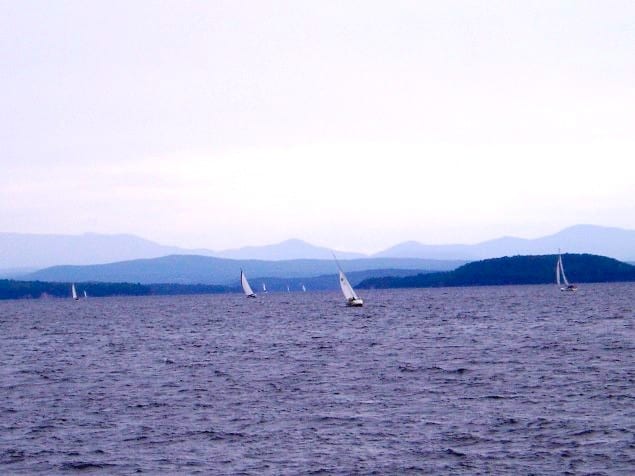 When most people think of Vermont, one of the first things that comes to mind is the Green Mountains, thanks to their popular ski slopes and hiking trails. But an equally notable natural resource, and a highlight of the state for me, is Lake Champlain. Friends from out of state are often surprised to hear that it’s the sixth largest freshwater lake in the country, after the five Great Lakes. Spanning 120 miles along Vermont’s western side, it’s flanked by New York’s Adirondack Mountains and also offers spectacular views of the Greens.

We live about 20 minutes due east of Lake Champlain, so in the summer it’s a big draw for swimming, kayaking, and sunset viewing. Learning to sail on the lake is at the top of my bucket list. It’s home to 70 islands, the largest of which are ideal for biking, so last weekend Chris and I decided to explore the southern part of Grand Isle, an area known as South Hero. To get there, we biked across the Island Line Trail, a narrow causeway that crosses the lake, joining a suburb of Burlington with South Hero. The ride across is a spectacular four-mile trek over the water, with sweeping views in all directions. 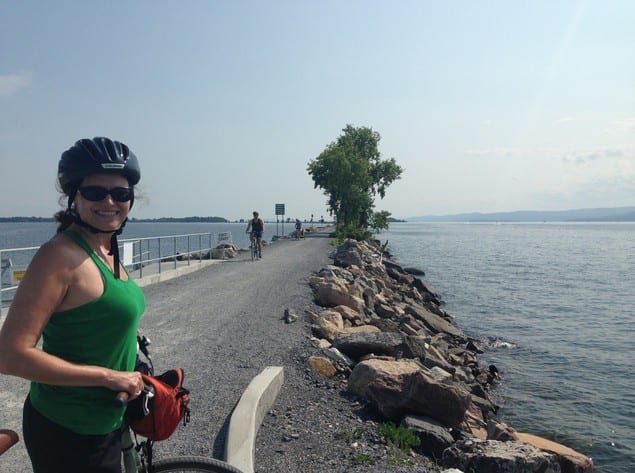 The Island Line Trail used to be a railroad line with a swing bridge that allowed boats to pass through. Since the swing bridge is no longer there, a bike ferry now transports cyclists and pedestrians across the 200-foot gap. The ferry’s affable captain told me that he makes the crossing around 50 times on a typical day. Chris and I hopped aboard with a handful of other people—locals, Québécois, and out-of-staters—and were on the other side in less than 10 minutes. 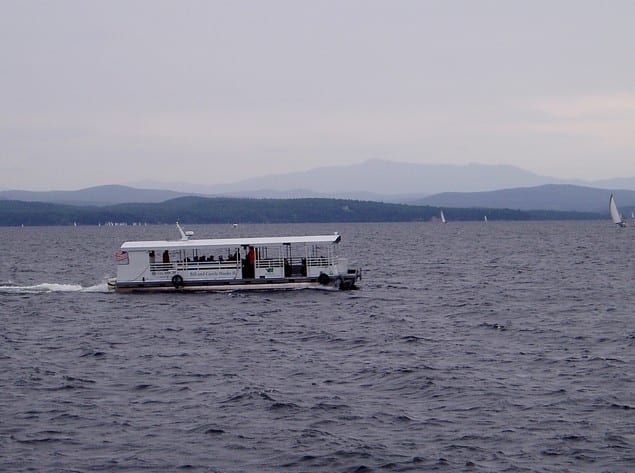 Grand Isle County lays claim to the state’s longest growing season, which makes for a thriving agricultural region and good food and drink to be had. We pedaled along dirt and two-lane roads, past orchards, cows, and small-scale farms, never far from a glimpse of the lake. For lunch, we stopped at The Accidental Farmer Café, a modest roadside stand tucked in between an orchard and a farm. The Accidental Farmer himself, Mike, hand rolled some local, grass-fed burgers for us as he talked about life on the island. 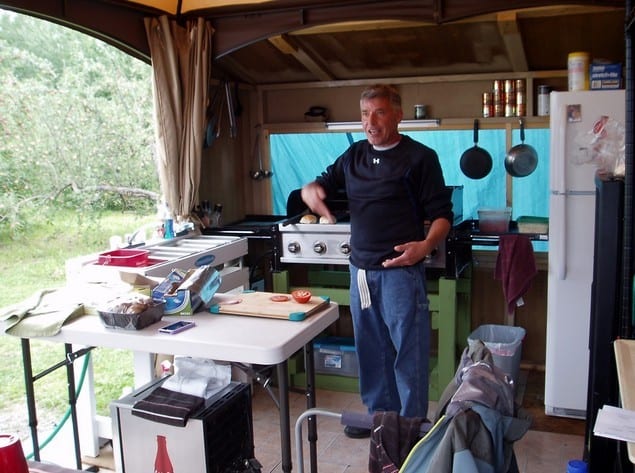 Although he’s not an actual farmer, he says he “cultivates the farmers” by using as much of their produce, meat, cheese, and other products as he can in the tasty fare he serves up. We couldn’t resist ordering one of his juicy burgers, but his other more creative, global offerings—such as nachos served not on chips but on local fingerling potatoes—were very tempting. 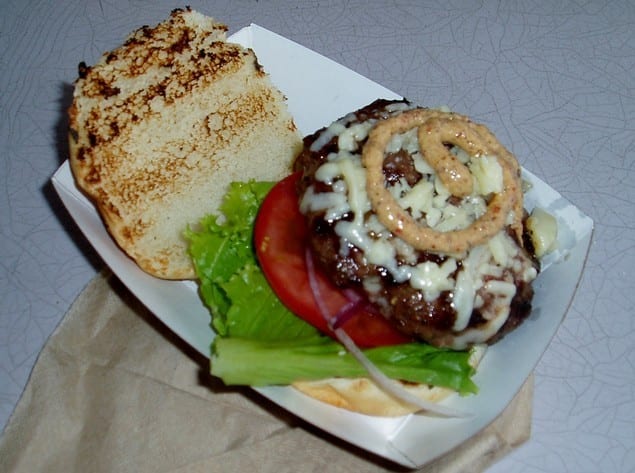 After lunch, we walked next door to Allenholm Farm for a classic Vermont dessert—a maple creemee. 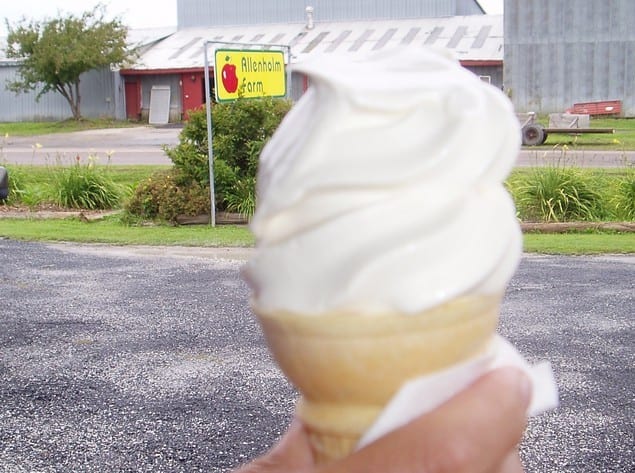 Back on our bikes, we looped around to the western side of the island to take West Shore Road hugging the coast. The wind picked up and it started to drizzle just as we were approaching Snow Farm Vineyard. Perfect timing! 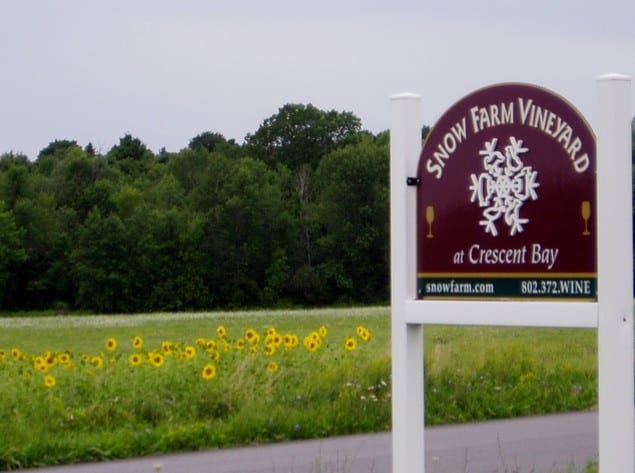 The first commercial vineyard in the state, Snow Farm was established by its forward-thinking owners in an effort to retain agricultural land in the face of pressures to develop. The island’s more temperate climate allows Snow Farm to grow French hybrids, along with Pinot Noir and Riesling, under the direction of a winemaker who studied with the best at the University of Dijon in Bourgogne, France. (I also studied there while in college—not winemaking, although I did my share of extracurricular sampling.) 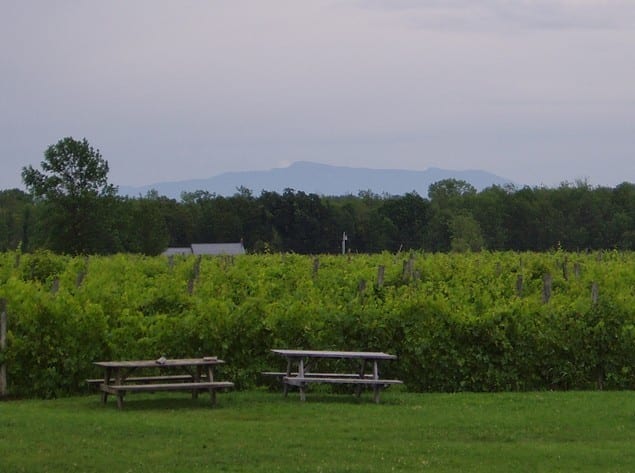 Chris and I shared a tasting, which they nicely let us split since we would be getting back on our bikes.  I was impressed by the smoky Baco Noir and also the Gewürztraminer, whose minerality is balanced by lush peach. 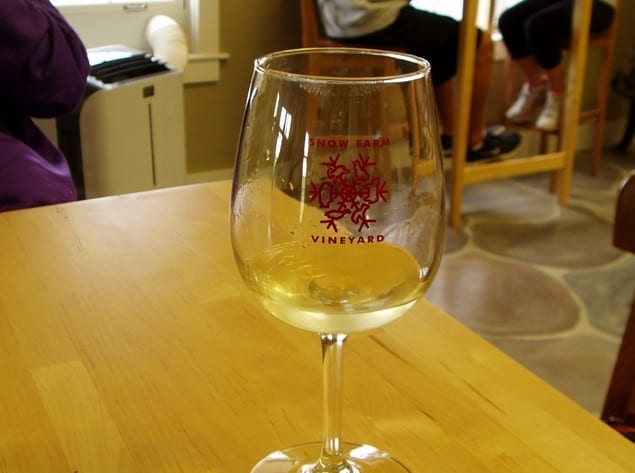 Back outside the drizzle had stopped, but we still had to ride against the wind back to the ferry. We pedaled hard up a couple hills, and then we rounded a bend and came upon a field edged by trees. On practically every tree, someone had placed a colorful birdhouse. Hundreds of them. 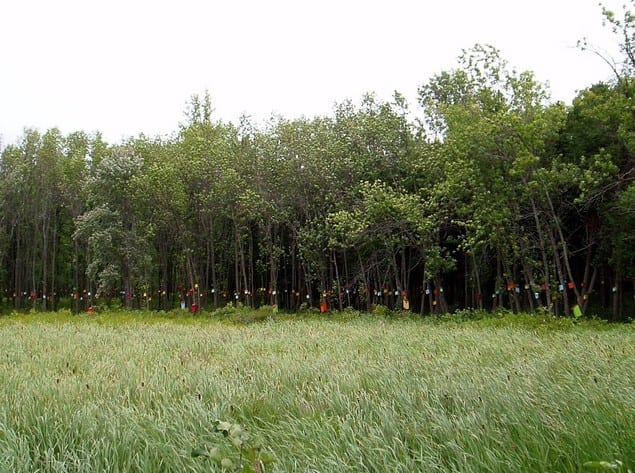 In this technological consumer age when we’re constantly bombarded by corporate efforts to “surprise and delight” us, this simple display made us literally stop in our tracks, genuinely surprised and delighted. And it was just one of several instances that afternoon, during the course of our twenty-mile bike ride, that had this effect on us. 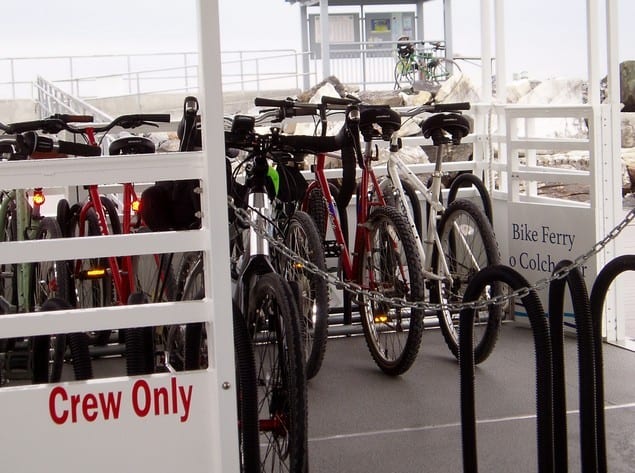 0
Sheila McGrory-Klyza September 5, 2014
No Comments Yet