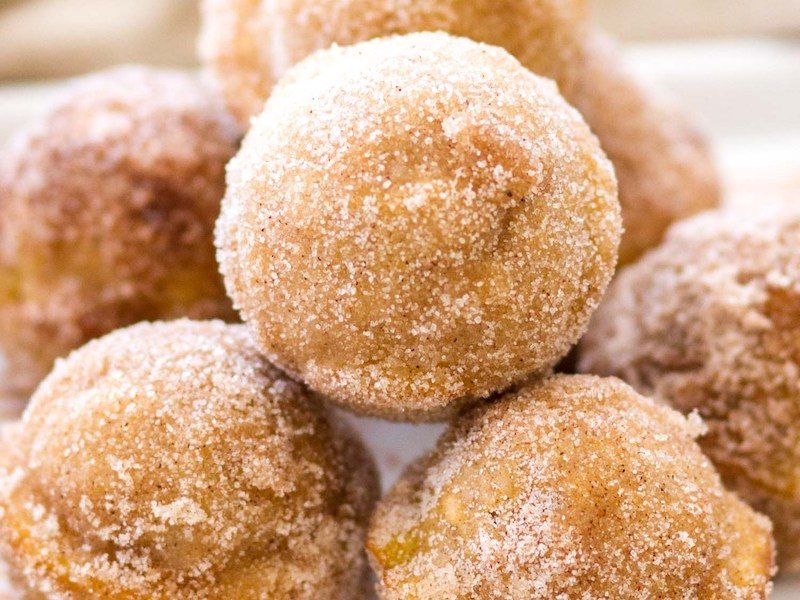 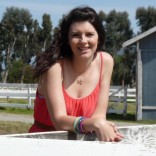 Michelle is the creator and recipe developer at A Latte…

The dough of these baked pumpkin doughnut holes is made with pumpkin puree and rolled in a sweetly spiced cinnamon sugar mix. 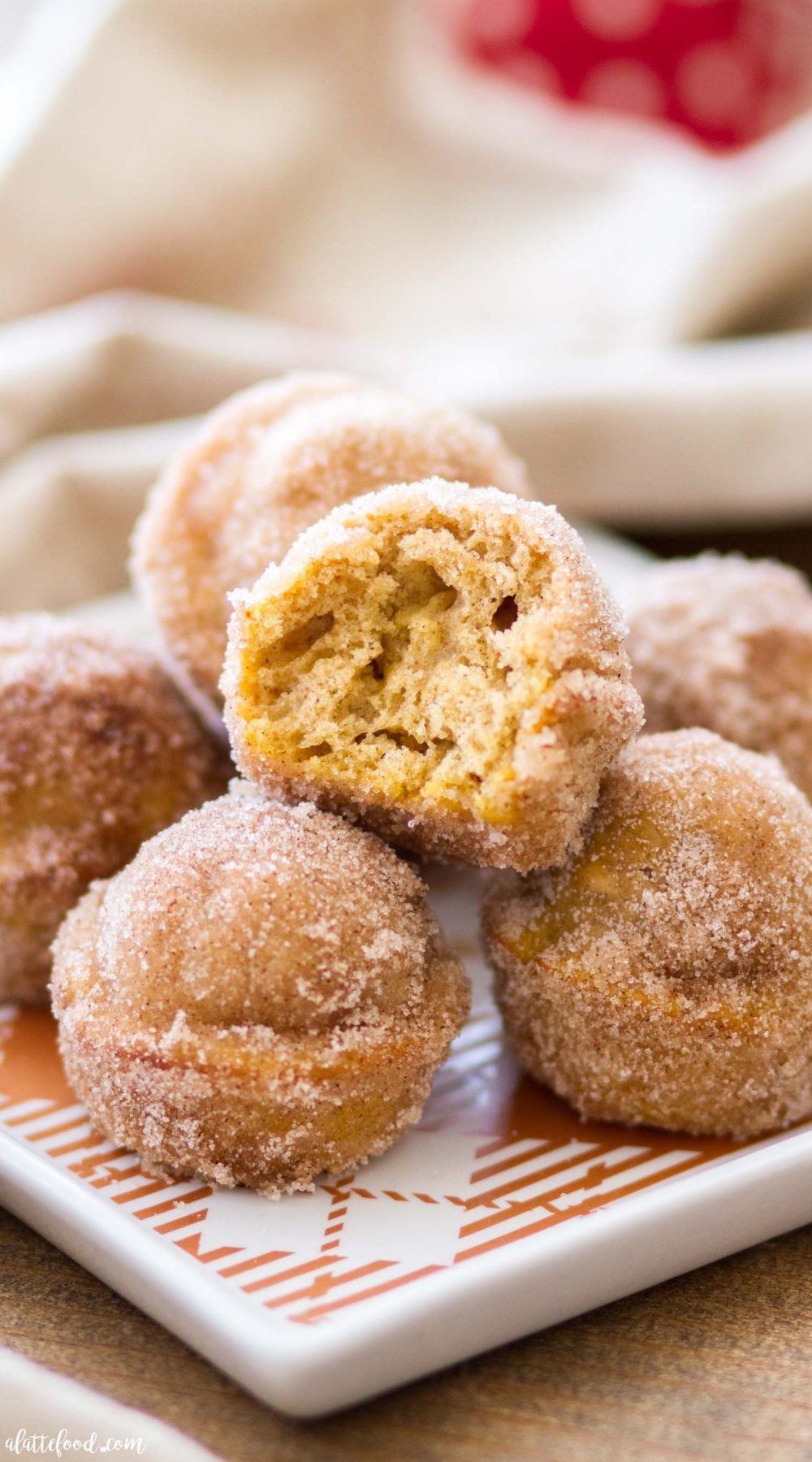 These Baked Pumpkin Donut Holes are full of pumpkin flavor and sweet spices, and rolled in cinnamon sugar! Homemade pumpkin donut holes are such a quick and easy fall dessert, as well as making the perfect breakfast or brunch!

Well, alas, by the time I found where the donuts were, they had sold out.

Despite the fact I indulged in caramel apple cinnamon rolls, maple banana bread, chocolate chip cookies, pie, and peanut butter chocolate ice cream, I could not get donuts out of my mind. 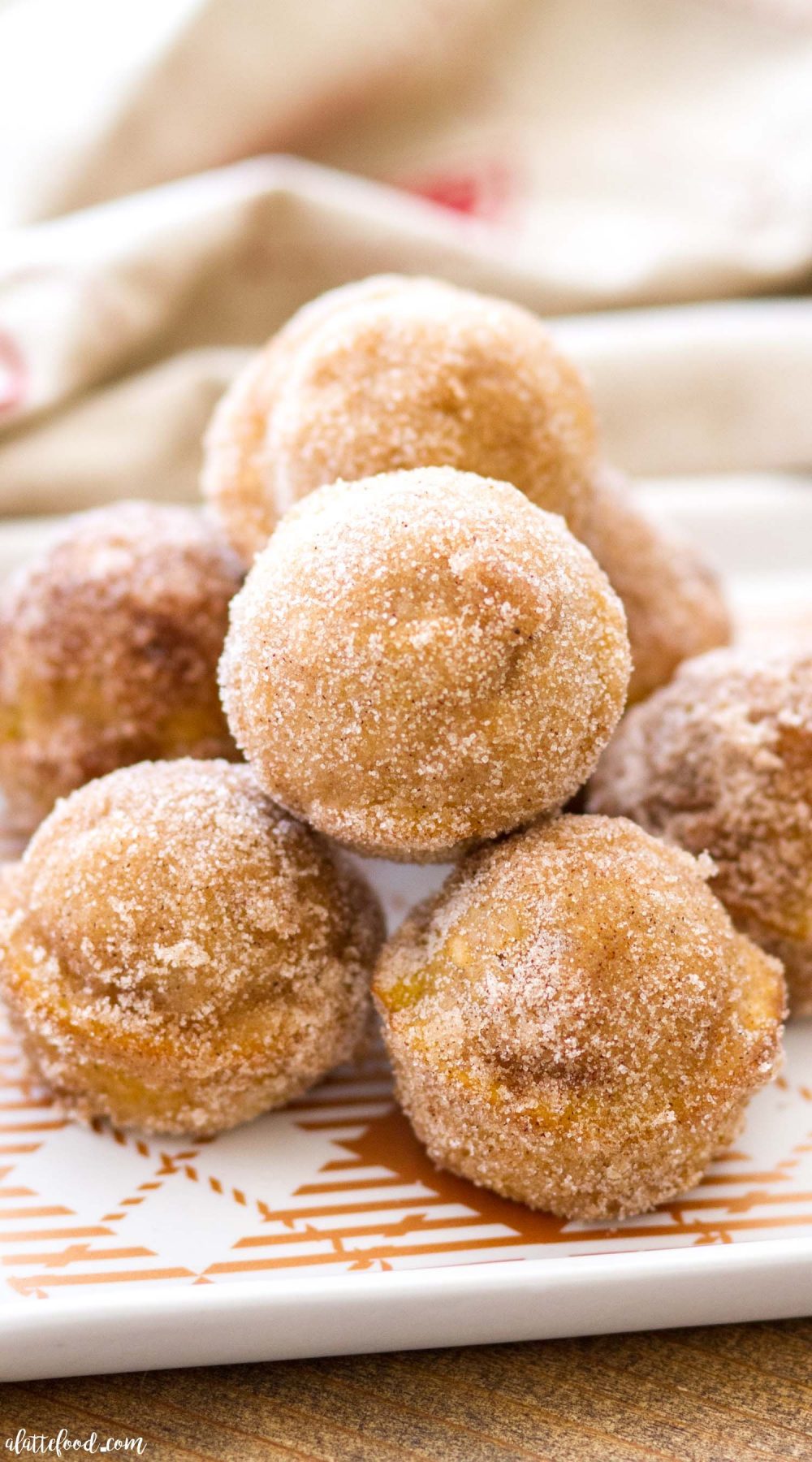 As such, I have three donut recipes coming your way asap, beginning with these Baked Cinnamon Sugar Pumpkin Donut Holes. The other two? Click here for the Peanut Butter Donuts with Mocha Glaze and here for Buttermilk Pumpkin Donuts.

Donut holes are probably my favorite part of the donut. I’d love to say it’s because of their cute and dainty, but I’m pretty sure it’s mainly because the size to glaze ratio. Or, in the case of these, the size to cinnamon sugar ratio.

Every bite is packed with sweet cinnamon sugar, and when combined with the pumpkin flavor of the donuts, it downright out-of-this-world. They’re baked in a mini muffin tin, which gives them a bit of a donut hole shape. Then, they’re dipped in melted butter, rolled in cinnamon sugar, and consumed as fast as you can take them down. 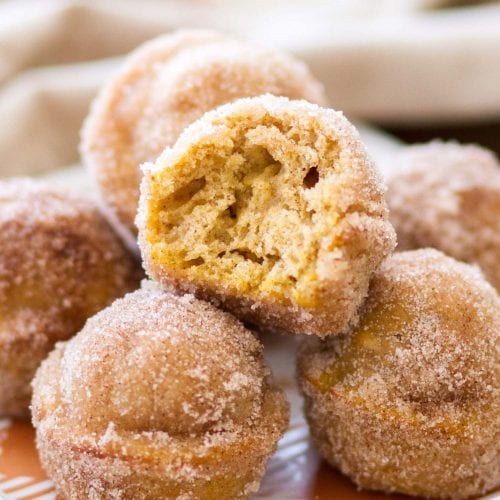 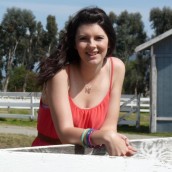 Michelle is the creator and recipe developer at A Latte Food, a site dedicated to all things sugar and spice. And coffee. There you will find a variety of delicious desserts and classic comfort foods that are easy to whip up and even easier to eat! For more on Michelle, feel free to visit her blog and connect with her on Twitter, Pinterest, and Facebook.