This baked oatmeal can be assembled mostly the night before, then thrown in the oven in the morning. It’s topped with a coconut crumble that makes this like a breakfast fruit crisp, so it’s perfect for brunch or dessert.
By Marcie Bidou 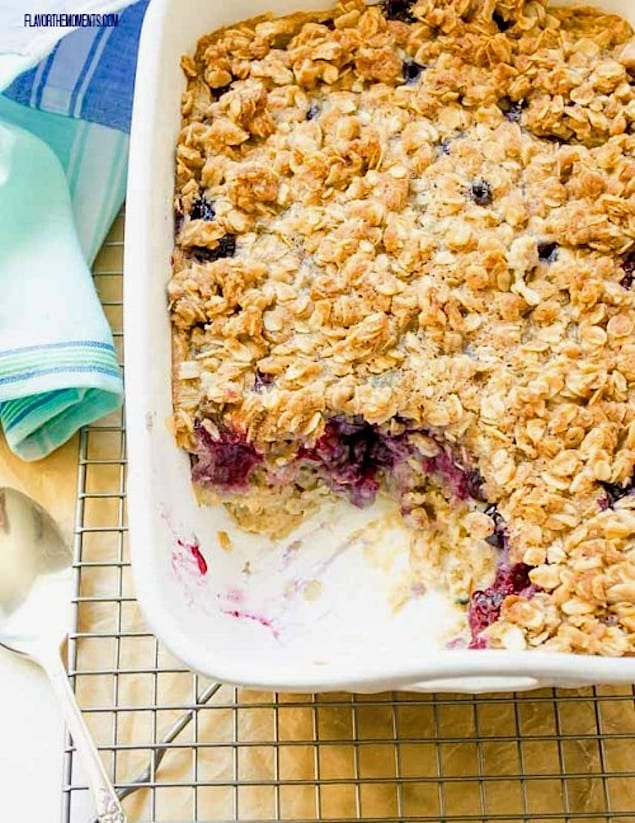 I love my oatmeal I’ve even made an apple blackberry oatmeal and a baked blueberry morning glory), but this one takes the cake. It’s an overnight oatmeal/baked oatmeal/fruit crisp hybrid, and I’m so glad I made it.

If you’re not familiar with overnight oats, you simply toss old fashioned rolled oats with the milk of your choice, a bit of sweetener, and some cinnamon if you’re so inclined, and leave it in the fridge overnight. The oats absorb the liquid and they’re ready to eat in the morning with fresh fruit, compotes, nuts, etc. 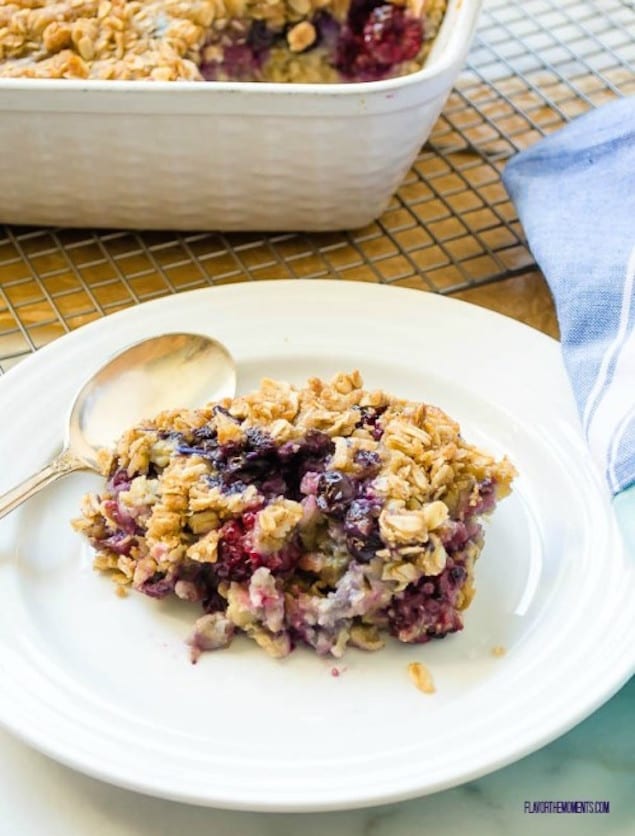 My thinking behind this Overnight Blueberry Baked Oatmeal Crisp was to get most of the oats to absorb the liquid before baking so that we can top them with a crispy, coconut oil crumble and make it like a breakfast crisp. It’s like a cross between baked french toast and fruit crisp — you can barely tell it’s oatmeal in there because it’s so downright soft. If you’ve had baked oatmeal before you know the leftovers can be dry, so adding milk is pretty much required. Not this one — it’s still perfectly moist a day or two later.

Print
Baked oatmeal can be assembled the night before and put in the oven in the morning. It’s topped with a coconut crumble, perfect for brunch or dessert.
Author: Marcie Bidou
Recipe Type: Breakfast, Dessert
Serves: 8 servings
Ingredients
Instructions
Notes
*Milk options include whole milk, skim milk, coconut milk, almond milk, etc.
*Sweetener options include maple syrup, honey, brown sugar, or coconut sugar.
*This oatmeal may be made gluten free by substituting a gluten free flour blend or almond meal for the flour in the crumble.
*Butter may be substituted for the coconut oil. The crumble can also be made the day before and stored in an airtight container in the fridge.
3.2.2885