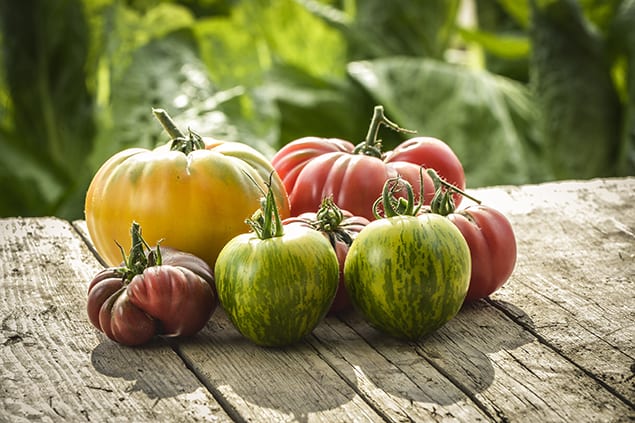 A look at Austria’s Koch.Campus and their efforts to keep Monsanto out of Europe in a bid to protect Austria’s diverse plant varieties and animals.
By Roberta Phillips 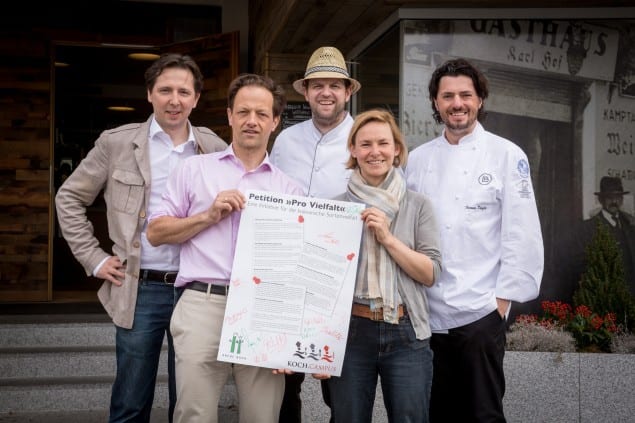 Meet Koch.Campus, an initiative from Vienna who is working to give modern Austrian cuisine an international image, promote local production, as well as high quality suppliers, and ensure the sustainability of biologically diverse plant varieties and vintage farm animals. Conceived by founder Klaus Buttenhauser and Austria’s leading chefs Thomas Dorfer, Andreas Döllerer, Heinz Reitbauer, the initiative has attracted more than 20 other chefs from across the country; this group represents Austrian culinary heavyweights who are quite clearly a little more than food enthusiasts.

It is no wonder then, that like so many other Europeans, they are against the 2014 European Commission’s proposed Seed Regulations, announced earlier this year. Although rejected last March, Koch.Campus know that this sigh of relief will not last long; the new starts its term of office in November and the regulations are subject to retouches and renegotiations. A new draft for 2015 has also been announced.

The proposed regulations under the EC‘s revision of the EU Seed Act would bring in intense regulation of all seeds and plants and make it mandatory to register every single variety of vegetable in order for it to be legally sold. However, at nearly £3000 (€3759) a pop, this is a price tag that would force the growing of fruit and vegetables exclusively into the realm of large-scale commercial farming as, by the laws of supply and demand, no biotech company (those who sell the seeds) would see it in any way profitable to register a rare seed that would only be bought by a handful of growers. Furthermore, even if these varieties are legally for sale, the prices would no doubt be so high that those seeking them, like the guys from Koch.Campus and local suppliers used by many top class restaurants, would no longer be able to afford them. However, the most terrifying result would be the eradication of biodiversity and the prevalence of GM crops, a prospect which one of Koch. Campus’s founders Klaus Buttenhauser is not willing to see come to pass: “It took evolution millions of years to create Biodiversity. Lets protect that for the sake of the versatility of European cuisine.” 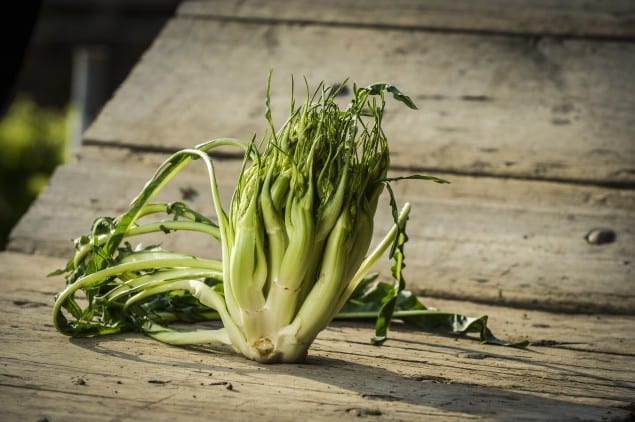 Seen as the epicenter of anti-GMO advocacy, Europe has made its voice heard in the fight against standardized uniformity with about 900.000 people signing petitions in the lead up to March. However, it was Austria who really got their point across with 500.000 petitions from this region alone.

With its postcard perfect scenery and even more bountiful orchards and vegetable gardens, Austria is rightfully a little more than concerned about their locally sourced produce, the livelihood of their local producers and the effect of the regulations on their finest restaurants such as two star Michelin restaurant Steirereck, number 16 on the World’s 50 Best and the host of Koch.Campus’s Chef’s Table awareness event on October 7th. For the event, Koch.Campus will host seven international chefs, including Nils Henkel, who will present dishes inspired by what the beautiful Austrian landscape has to offer. Wolfgang Palme, Koch.Campus’s vegetable guru will be pointing them in the right direction, highlighting the diversity and richness of Austrian produce. 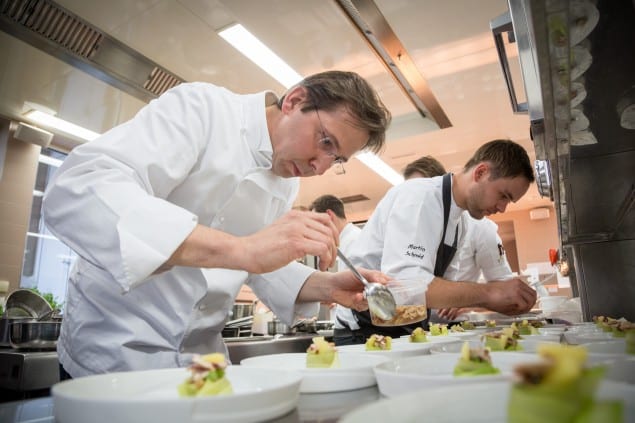 Heinz Reitbauer, head chef of Steirereck, sees his local suppliers as his extended family, who work symbiotically with the restaurant to create something uniquely delicious. He explains that the dishes created are only as good as the ingredients received and that without those few passionate specialists, who continue to cultivate rare varieties, the restaurant would no longer be able to be what it is. He speaks of his suppliers with such fondness and admiration that it is clear to see that this is anything but a business transaction; these are his oldest friends. “Through our interaction with Michi (Michael Bauer), among others, we have been able to have our eyes opened to the incredible potential of the natural biodiversity that exists within Austria but also how delicate the balance can be between whether a particular variety survives or is consigned to obscurity. It is often merely a few passionate specialists who keep these rare varieties going.” Another of these specialists is Erich Stekovic, propagator of over 7,000 tomato varieties and patron of biodiversity. For these dedicated people, this isn’t just their job, it’s their life, their livelihood and their passion.

The regulations on the other hand are clearly in favor of multimillion dollar multinational seed corporations like Monsanto who are currently raking in huge profits through the sale of their seeds, both genetically modified and non-GMO varieties, mainly in the form of bt cotton, soya and corn. In fact their patented genes are currently being inserted into an unfathomable amount of seeds, including roughly 95 percent of all soybeans and 80 percent of all corn grown in the U.S. All of which has attributed to an 8.6% rise in profits this year, producing the figure of $368m for the first quarter of the 2014 fiscal year. This is geo-engineering at its finest and highlights the extent of Monsanto’s monopoly on the increasingly controlled seed market.

Although, thankfully, the proposed regulations were rejected on the 11th March 2014, with a total commercial value of around €6.8 billion per year, the Seed Market is a big business and not something any multinational is willing to leave in the hands of local gardeners and farmers. So it is crucial that action is taken in Europe to raise awareness and prevent these proposals going through in another form in November when they are re-negotiated.

What it comes down to is the right to grow, cook and eat what you choose. If America is anything to go by, the growers’ decision to cultivate organic, GM free produce is becoming more and more unfeasible as cross contamination between corporate crops and non-GMO farmed land is absolutely unavoidable. Shockingly enough, the U.S. and Canada have seen Monsanto attempting to sue small scale farmers for growing a Monsanto patented seed when in fact Monsanto were the ones who had contaminated the crops of others, and continue to do so. The Center for Food Safety 2012 report ‘Monsanto vs. Farmers’ showed that: As of November 28, 2012, Monsanto had filed 142 lawsuits against farmers for alleged violations of its Technology Agreement and/or its patents on genetically engineered seeds. These cases have involved 410 farmers and 56 small farm businesses. 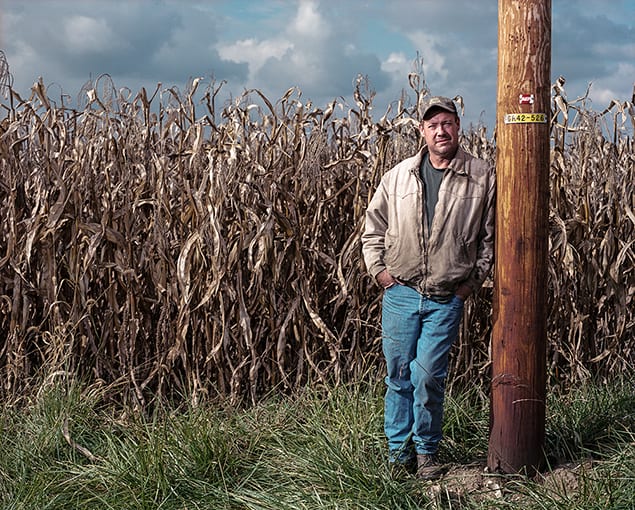 This is exactly why Europe needs to stand strong, as otherwise, farmers, growers and consumers will no longer have a choice, despite Monsanto’s protestations. Though Monsanto continue to sell non-GMO seed, choice will be eliminated because it’s absolutely impossible for organic and conventional farming to co-exist with GM crops due to cross pollination and contamination.

What is most worrying of all is the amount of harmful chemicals used to produce Monsanto’s produce. Every year, more than 200 million pounds of Monsanto’s toxic weedkiller Roundup is sprayed on more than 160 million acres of GMO corn and soybean fields across America, consequently producing super weeds that are immune to Roundup and therefore require yet another concoction of chemicals known as 2,4-D, the very same (though weakened) chemicals that were used in the Agent Orange attack in Vietnam. Currently under discussion for approval in the U.S. 2,4-D is linked to risks of birth defects, hormone disruption, reproductive failure, cancer and Parkinson’s disease. Roundup itself has been linked to serious human health problems including birth defects, infertility, allergies, liver disease and auto-immune disorders. With such horrific health risks it is unbelievable that such products could be let anywhere near food and water, never mind used as a fertilizer. 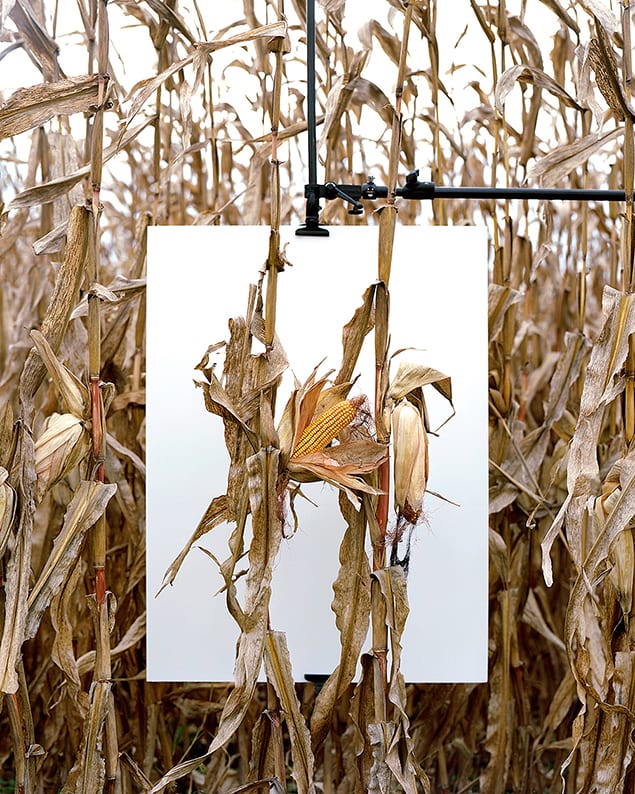 Americans are currently campaigning for visible labeling of GMO products and for 2,4-D to remain disapproved. Let’s hope we’re not forced to do the same in Europe.

Koch.Campus most definitely have the right idea. Concerned for the future of Austria they are also aware of how serious the agrochemical giant’s monopolization of the Seed Market would be for the whole world. They are expanding their scope and reaching out to the rest of Europe to join them in their esteem for the culinary power of rare and old plant varieties.

Join the fight against Monsanto here.

Hotel-Restaurant Taubenkobel and the Art of Synchronicity