Appetizers, Featured, The Art of Cheese
December 22, 2014
by Natalie McLaury
0

This post is part of “The Art of Cheese”, a partnership between Honest Cooking and Castello Cheese.
Not only is this vegetable spread versatile in an omelet, on a pizza, or the perfect appetizer topping, so it the buttery Aged Havarti cheese.
By Natalie McLaury 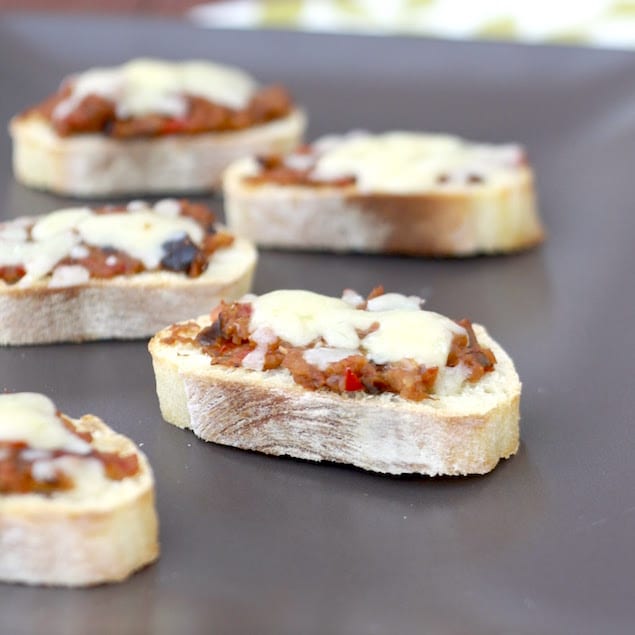 I’m one of those people who has no problem eating the same food over and over again. So long as it’s something I like, I’m totally down with leftovers…two, three, even four days in a row! I get that not everyone is that way, however, but I’m going to offer you the best of both worlds today. I’m obsessed with this roasted vegetable puree. It’s easy to make (especially if you have a food processor), makes a huge batch, and is healthy to boot!

The spread has proven as versatile as I had hoped. It’s excellent inside an omelet, divine as a pizza crust, and as you see here, the perfect topping for crostini. Appetizers don’t get much easier than this. Slice and toast bread, top bread with the roasted veggie spread and cheese, and bake until warm and melted.

I stuck with Castello’s Aged Havarti, which is quickly becoming one of my favorite cheese. Much like the roasted vegetable spread its paired with here, havarti is totally multifunctional. I’ve broken away from always using mozzarella on pizza and find the buttery havarti adds a unique flavor element. I love what the cheese does when pressed inside two pieces of bread in my panini press. Of course it goes without saying that I don’t mind it sliced and eaten with crackers, salami, and wine! 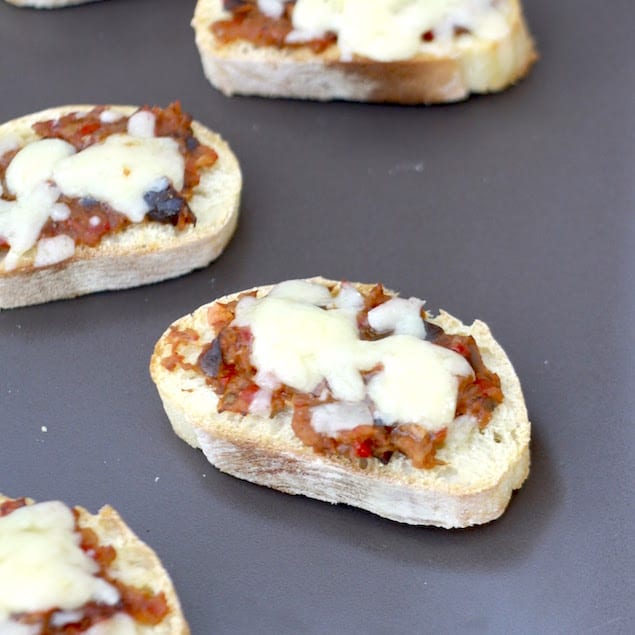 Whip up some vegetable spread, pick up some havarti, and let creativity fly free!

The Art of Cheese — Roasted Vegetable and Aged Havarti Crostini

Print
Not only is this vegetable spread versatile in an omelet, on a pizza, or the perfect appetizer topping, so it the buttery Aged Havarti cheese. The spread recipe is adapted from Ina Garten
Author: Natalie McLaury
Recipe Type: Appetizer
Ingredients
Instructions
3.2.2885