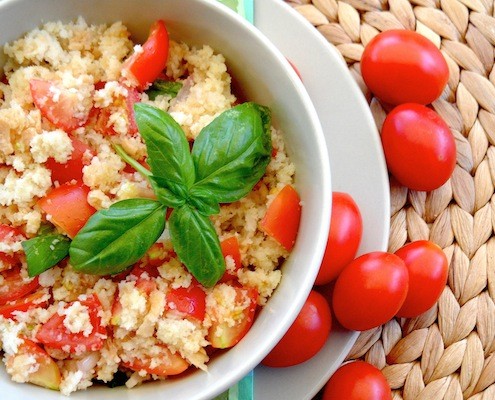 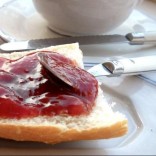 Rita Banci is the author of the blog the Culinary…

Together with Mozzarella e Pomodoro, Panzanella is probably the most commonly eaten dish in summertime Tuscany.
By Rita Banci

I hope May Dorie Greenspan will not hold it against me for paraphrasing the title of her stunning cookbook, but I could not find any other words to talk about this traditional Tuscan recipe: No table in Tuscany can be considered a happy one if panzanella is not served.

Together with mozzarella e pomodoro (or Caprese salad, if you prefer), it is probably the most commonly eaten dish in summer, most likely because it’s fresh, it’s quick, it’s tasty and it requires no cooking (that is, forget your oven and stove once and for all).

Just like many other Tuscan dishes – such as pan con l’uva, castagnaccio or pappa al pomodoro – panzanella is a poor man’s dish, consisting basically of two main ingredients: stale bread and tomatoes. Of humble origins, panzanella belongs to farming traditions, when farmers used to take it with them in the fields and have it for breakfast.
The origin of the name panzanella is unknown, though it is believed to come from the two words pan (meaning “bread”) and zanella, that is a kind of small basket. Personally, I associate it with the small Tuscan town of Panzano in Chianti, even if I’m probably wrong.
As mentioned above, panzanella is made with stale bread, a smart way to use bread that would be otherwise thrown away. The stale bread is soaked in water, then it is squeezed to let the water out and finally it is flavored with tomatoes and other ingredients. There are many variations in the making of panzanella, but the traditional Florentine recipe lists only and exclusively these ingredients: tomatoes, onion, basil, olive oil, salt and wine vinegar.

Print
Prep Time
1 hour
Total Time
1 hour
A fresh and quick summer recipe from Tuscany.
Author: Rita banci
Recipe Type: Main Course
Serves: 3-4
Ingredients
Instructions
Notes
Quantities are indicative and they can change according to taste. Generally, the volume of the bread after being squeezed should double the volume of tomatoes.
#version# 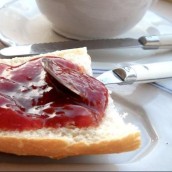 Rita Banci is the author of the blog the Culinary Taste. A former textile conservator, she now divides her time among family, gardening and cooking. As many Italian women, she has learnt to cook watching her mother and grandmother, both housewives, preparing meals for the family. Rita is a fanatic of jams and jellies and lives in Prato, Italy.

Cooking Through the Heat: Baked Pasta in July